Since the early 1900s American life expectancy has climbed from about 50 years to about 80 years. Americans still rate very low in terms of longevity compared to most industrialized nations, but we are moving up the aging ladder. 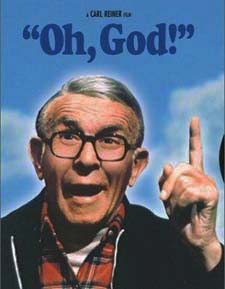 Most of the gains come from improvements in hygiene (food safety, reduced deaths in hospitals) and nutrition (food as medicine). But medical technologies play a part as well: discoveries and intervention strategies involving use of antibiotics (four out of five Americans are prescribed antibiotics per year), heart surgeries (which comprise about 10 percent of all in-patient surgeries in the U.S.), and cancer drugs that target and neutralize the impact of specific genetic mutations. Advances in the biological sciences are now entering a new era with development of drugs and therapies to combat and conquer many common diseases that come with aging: heart disease, diabetes, and other cardiometabolic maladies.

Several aging experts suggest within a short time it may be possible to increase life expectancy by decades. Even without new discoveries, the United Nations now estimates life expectancy over the next century will approach 100 years for women and a few less for men. According to the most recent census (2010) the U.S. centenarian population has grown 65.8 percent over the past three decades, from 32,194 hundred-year-olds in 1980 to 53,364 centenarians in 2010. In contrast, the total population has increased only 36.3 percent over the same time period. Most aging experts agree that, on average, our bodies are biologically capable of successfully functioning to 100 ±5 years or so.

The following table presents the 10 countries with the most centenarians per 100,000 inhabitants.

How long do you want to live?

David Ewing Duncan, author and science writer (Experimental Man and When I’m 164: The New Science of Radical Life Extension and What Happens if it Succeeds) polled more than 30,00 adults of all ages and posed the question: “How long do you want to live?” He made it clear that participants should not assume science will come up with dramatic new anti-aging technologies. That said, participants were free to imagine that breakthroughs might or might not happen.

So, how long do you want to live?

The graph below displays the results of Duncan’s poll which included people from all walks of life, including teenagers in high school. 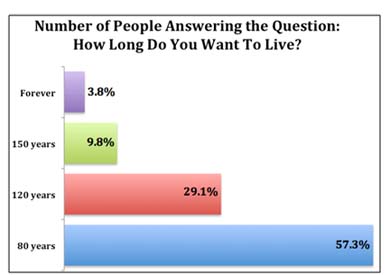 Even after learning about all the new attempts to prolong life— including the discovery of drugs that decrease inflammation and other diseases associated with aging; use of stem cells to replace and repair damaged tissues and organs; and development of bionics (augmentation or replacement of biological functions with machines like cardiac pacemakers, brain implants, exoskeletons, and computer chip-implants to improve dysfunctional nerves and muscles)—few people want to change their vote. It seems most people simply do not want to be old and infirmed any longer than they have to, even if they can delay this inevitability 20 or 50 years.

Scientists investigating different factors that contribute to successful aging have boiled things down to the interaction of four basic factors:

• Genes. No surprise here, but how much they contribute to successful aging might surprise you.
• Interaction with your environment. This includes exposure to radiation levels (i.e., fallout from the Fukushima, Japan, disaster), as well as air, water, and earth quality, and exposure to pollutants and other substances that challenge immunity and contribute to inflammatory processes.
• Lifestyle choices. This includes diet, level of physical activity, sleep patterns (see last month’s Health Yourself), who you hang out with (your tribe), level of connections with people, level of positivity and optimism, happiness and piece-of-mind quotient, family, and other factors that will be discussed in a later article.
• Random genetic alterations that take place during a person’s lifetime. This includes differential gene expression (functionally relevant modifications to our genome) caused by mechanisms other than changes in the underlying DNA sequence we inherit.

Believe it or not, some carefully done research shows genes account at best, for only about 15-30 percent of lifespan. This estimate derives from the famous Danish twin study (published in 1996). Researchers studied some 2,872 pairs of Danish twins born between 1870 and 1900—a group selected because by now their life “experiment” has run its course—and found lifespan is only “moderately heritable,” estimated to be about 15-30 percent at the most! (In fairness, some gerontologists think those who live to 100 years or older might prove an exception to the rule. They posit centenarians owe their good fortune to their inheritance of a small number of powerfully acting longevity genes, variants that are uncommon in the general population but that have dramatic life-extending effects at older ages.) 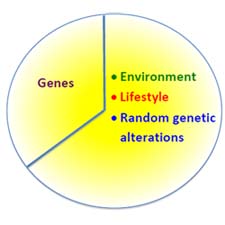 This means 70 percent or more of healthy longevity is due to factors we can influence and control. This is good news for those who choose to live to their body’s biological potential. It seems most of the diseases that shorten lifespan in industrialized societies are caused primarily by environmental and lifestyle factors. In fact, the greatest killers are heart disease, cancer, diabetes, and dementia. It is not surprising that these diseases share the same primary risk factors: excess body fat, low levels of physical activity, poor diet, smoking, excess alcohol, sugar, salt, and fat. The more risk factors you have, the greater your chance of suffering debilitating disease and dying early.

In forthcoming Health Yourself articles I will discuss what each of us can do, starting now, to enhance healthy longevity and “dare to be 100.”