You're about to have a moving experience!

Here’s how a typical day breaks down for the average adult:

That’s right, about 75 percent of your day involves low-energy/sedentary activities. Worldwide, people are less active today than they were decades ago. Physical activity associated with work, home, and transportation has declined. And while we’re moving less, we’re eating more, and more, and more. The result is more energy conservation in the form of excess body fat, and it shows in our expanding waistlines and increased weight.

Do what your parents and teachers told you not to do!

How would you like to burn several hundred calories per day, beyond what you already burn, with little effort?

That’s several hundred calories, no small amount in the fight against added weight.

Would you like it even more if it were possible to expend these calories as part of your regular routine–by doing activities so undemanding and so unobtrusive they don’t require you to sacrifice any part of your busy schedule changing clothes and going to a gym?

Most important, what if these activities required so little effort that you were able to keep doing them? What if they were simply there for you to access on demand, wherever you were, whenever you wanted? You may not realize it, but you already have a handle on what this plan is all about. It requires you to do what your parents and teachers told you not to do when you were a kid. I am telling you to fidget!

It’s all around you

Fidgeting is like the wallpaper of life–almost always there but rarely noticed. If that seems far-fetched, just look around.

Anyone who’s ever watched a baseball game has probably seen a pitcher standing on the mound, pulling at his cap, tugging on his belt, rubbing the ball, kicking the dirt, and then starting this routine all over again. Meanwhile, the coach at third base is pulling his ear, scratching the back of his head, putting one hand on his hip, and tugging at his cap. These grown men are fidgeting in front of thousands of people in the stadium, and perhaps millions on television. If they were children their mothers would be admonishing: “Cut it out!” My point? Fidgeting can be purposeful. 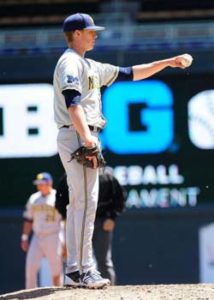 The art of purposeful fidgeting: NEAT

Purposeful fidgeting was first studied in 1998 at the Mayo Clinic. Under controlled conditions, researchers determined that people who fidgeted were burning extra calories–lots of them–just as they would if they were doing more formal exercise. They weren’t burning off a huge amount, but for most it added up to a few hundred calories a day–potentially as many as 800–and that would be enough to a make a difference of a pound or so of body weight loss each week. The key: to fidget regularly.

This non-exercise energy expenditure was termed NEAT–nonexercise activity thermogenesis. People for whom NEAT is natural are apparently able to switch it on without thinking. They do it all the time, and most of these people are not overweight, research shows.

Now, you might be thinking, if NEAT promotes natural weight control and therefore good health, why hasn’t it become a natural part of our activity profile? Wouldn’t it be a factor in evolution, helping the species to survive? There is no good answer to this question, but perhaps in the past when famine was more prevalent, not fidgeting and thus not “wasting” excess energy could have bolstered chances of avoiding starvation.

Fidgeting is not only an activity, but a kind of physical outlook on life that says: All things being equal, it’s always better to move, even it’s only a little bit.

For example, when you get to the airport, do you walk or take the people mover? If there’s a wait for your flight, do you park yourself close to the gate and watch TV, or do you pace around the terminal, checking out shops, the newsstand, the views from the different widows, etc.? 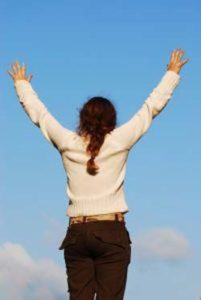 When I go to the doctor I invariably have to wait. So I never just sit down. Instead, I walk round and round the little waiting room, until my name is called. I’ve calculated that I expend almost 50-75 calories while everyone else just looks up at me from their seats wondering what’s wrong with me. On several occasions one or two other patients ask me what I’m doing. Once I explain about NEAT, they get up and join me. It’s quite a sight: A train of patients walking around the waiting room. (I’ve often wondered why they don’t have bicycle ergometers in waiting rooms.) I’ve even had a doctor inquire if there is something wrong. Imagine that!

What do you do when you are on the phone? Do you just sit and chat? Or do you get up and pace, stabbing the air as you make a point, shrugging your shoulders in reaction to what the other person is saying, gesturing with your free hand as if you were on the stock-exchange floor? Or when you are waiting in line, do you just droop and “hang on your ligaments,” or are you like me–shifting weight from foot to foot, stretching, or simply turning around a few times?

Yes, many people do these things as a matter of second nature. Such instinctive movements may not be ingrained responses to different situations, but they can be learned. You can do it if you’re mindful about it. You just need to practice.

You don’t have to fidget all the time, but you can probably see the possibilities of learning purposeful fidgeting, just as you might learn to walk or jog for 30 minutes a day, every day–and like it–even if you’ve never jogged before.

There is not an exact dividing line between low-level exercise and purposeful fidgeting. These activities I describe need not be–nor should they be–confined to the conscious use of what we might otherwise consider nervous mannerisms. Just consider fidgeting as simple movements that usually drop below the threshold of even low-level exercise and one’s daily activities.

Fidgeting consists of movements we all can do. We don’t need a coach or trainer, and we don’t need a doctor’s permission. Fidgeting burns relatively few calories at a time, but if it’s done with any consistency throughout the day, it can make a significant impact on your weight-control program, your healthy longevity, and your joy of being physical.

Look at your daily routine with the aim of finding opportunities to fidget. The best place to begin is where you are, at home or at work. The potential to become an accomplished “fidgeter” is right here, right now.

For example, in the shower I grab one of those long back massagers and scrub myself in rhythm. I alternate between pulling the massager back and forth and holding it still while I wiggle my body against it. Even though I don’t have hair I give myself a good scalp massage. It wakes me up, burns a few extra calories, and exercises my fingers. (Just imagine how many calories I could burn if I still had a full head of hair!)

When I brush my teeth I just don’t stand there: I pace back and forth. And when I get tired of doing that, I shift my weight from one foot to the other. Sometimes I try to do it in rhythm, but since I’m rhythm-impaired, it’s not a pretty sight. That said, it does get a good laugh from my wife. I always do some extra dance steps in the kitchen as I wait for my toast or coffee. I might hand-wash a few dishes and put the rest in the dishwasher.

Do you see how my calorie expenditure is already beginning to add up? True, any one of these “extra” activities doesn’t count for much, but by bed time, the numbers are looking good. Big. I know because I’ve calculated them.

Think about all the ways you can add fidgeting to your daily routine: In your car, at work, at lunch, or when you are by yourself. You are only limited by your imagination. Right now as I write I’m using my foot to move a small ball under my desk, switching feet frequently. I also place the ball between my knees and squeeze it to strengthen my hip muscles.

The table below illustrates how many extra calories you can burn, just by fidgeting.

I could go on and on, but it’s your turn now. Start fidgeting!