The mind drives the mass

The poet Virgil in his epic work The Aeneid wrote, “The mind drives the mass.”

Virgil tells the story of the Trojan Aeneas, a character who first appeared in The Iliad. One theme of Aeneas’ story is the struggle between fate and divine intervention. The gods constantly seek to influence the main characters in an attempt to rewrite their fates, regardless of the knowledge that all outcomes are predetermined. 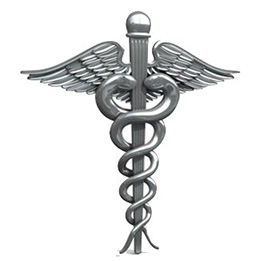 Influencing outcomes through “magical intervention” also is weaved into the myth of the Greek god Hermes (Roman Mercury), messenger of the gods and inventor of (magical) incantations. Hermes’ caduceus, or magic wand, is used by many “medical” organizations. Readers may recognize the short rod entwined by two snakes and topped by a pair of wings.

The link between the caduceus of Hermes and medicine was fixed by the seventh century A.D., when Hermes had come to be linked with (historical) alchemy – a philosophical tradition claimed to be the precursor to profound powers. While alchemy played a significant role in the development of early modern science, it differs significantly from modern science in its inclusion of Hermetic principles and practices related to magic, religion, and spirituality.

Many know alchemy as the Egyptian science of spiritual forces and how they affect both matter and living entities. Western alchemy evolved into a philosophical system largely independent of, but still influenced by, various Western spiritual practices and religions. Alchemy’s influence in western medicine can be found in the use of natural substances and a combination of pharmacological, psychological, natural, and spiritual techniques. These surely are the foundations of Ayurvedic medicine and what is now called alternative/complementary medicine.

Placebo, nocebo, tomato: Is it all in your mind? 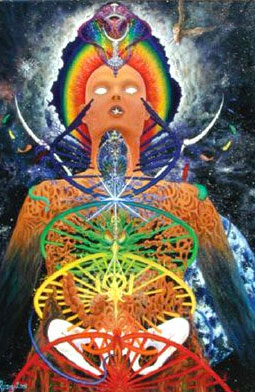 Most of us are familiar with the placebo effect – the positive and beneficial healing effect individuals experience when they believe they’ve been prescribed a drug, surgery, or other medical intervention, when in fact they are receiving fake treatment (the placebo). The placebo effect is real, according to research, and works between 18-80 percent of the time, creating “real” physical changes in patients.

Research published from U-M scientists at the Molecular & Behavioral Neuroscience Institute measured changes in brain activity associated with the placebo effect using positron emission tomography (PET). The researchers measured the activity of mu-opioid receptors, which are an integral part of the body’s natural painkilling system. They help transmit pain signals from one nerve cell to the next.

The team asked 14 healthy male volunteers to undergo the slightly painful but harmless procedure of having saltwater injected into their jaws. Over the course of a 20-minute procedure, volunteers recorded the intensity of their pain every 15 seconds and then summarized their experience. In a randomized trial, some subjects received an analgesic medication, while others received no actual medication. All of the participants who expected medicine but received the placebo showed an increase in the activity of their endorphin system and reported reductions in pain.

These types of double-blind studies are the required norm when testing drug effects. But while the same standards do not apply to tests of medical devices and surgery, research shows the placebo effect appears there, as well.

Collectively, research suggests that physical improvements in response to pills, surgery, or other medical interventions may all originate, to a large extent, in people’s heads.

At the turn of this century, arthroscopic surgery was a common treatment for osteoarthritis of the knee. This includes the lavage procedure in which the knee is irrigated with saline to remove fragments of cartilage and calcium phosphate crystals causing inflammation. I’m sure many readers of this article have had some form of arthroscopic knee-joint surgery.

A number of studies reported people who had these procedures improved more than people who did not. However, some scientists were concerned these surgeries might constitute no more than a placebo effect.

In 2002, a study of 180 patients with osteoarthritis of the knee showed striking results. Patients in the study were randomly assigned (with their consent) to one of three groups:

The nocebo effect is the opposite of the placebo effect. If patients are warned about a side effect they may experience upon ingesting a real drug or a placebo, about 25 percent will experience severe side effects from the drug, real or placebo.

The tomato effect occurs when highly effective therapies are rejected because the patient believes them to be harmful even though no evidence exists to substantiate that claim. The term stems from an early period in North America when people refused to eat tomatoes because they were thought to be poisonous even though people throughout the world consumed tomatoes with no ill effects.

What to make of all this?

Modern research on the placebo, nocebo, and tomato effect reveal improvement from fake treatment, side effects from real and fake treatment, and rejected treatment. To me, this suggests there’s much to learn about the ways in which attitudes, perceptions, and expectations impact health.

There is no denying the effectiveness of modern drugs and therapies; they are highly effective in treating physical inflictions. But we should not deny the power of the mind to contribute to our own healing powers. If you think you can, you can, and if you think you can’t, you can’t. This can be expanded to the self‐fulfilling prophecy idea — low expectations can lead to poor outcomes and high expectations can lead to improved outcomes.

The bottom line: Be positive, avoid the negatives, and master your mind.