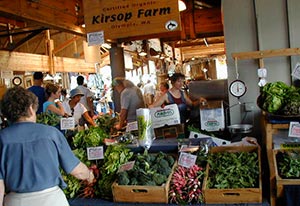 During the past 20 years research evidence shows that modest lifestyle changes have a profound impact on ameliorating chronic disease. Dietary modifications and increased physical activity are two areas that have a powerful effect on reducing and eliminating underlying causes of coronary heart disease, stroke, diabetes, and even certain cancers.

However, as I pointed out in an April 2013 Health Yourself column (“Why is behavior change so hard?”), even after a positive disease diagnosis, and even after being counseled by a health-care professional about specific modifications that would alter or eliminate their disease, most individuals fail to make any meaningful changes in their eating, physical activity, or even smoking habits..

Why do people find it so difficult to alter their lifestyle, especially when such a change could save their life?

It won’t happen to me!

One would think a diagnosis of increased risk for disease, pain, suffering, and even death would be a strong motivator for change. It’s not. People don’t believe it will really happen to them. The concept of “risk” is nebulous, and for the most part, since we don’t see or feel the risk – the inflammation, deteriorating tissues, narrowing arteries, or even bone deformation, we don’t believe it’s really happening.

As one of my students blurted out during a class discussion, “Are these people crazy or do they have a death wish?”
We make an unconscious calculation, even in the face of a positive diagnosis, that under-predicts the likelihood we will be the one who dies of a sudden stroke or heart attack. Since most people have been coping with various forms of suffering for much of their adult lives, they accept their state of being as the way it was meant to be. People don’t know or remember what it feels like to be pain free, to feel energetic, to be enthusiastic about life, and to be able to move with vitality and vigor.

Fix-it medicine comes to the rescue. Maybe not.

People confronted with a high-risk diagnosis and prescribed lifestyle changes often think of these recommendations akin to being banished to a miserable hinterland.

They believe they have to forgo all their favorite foods, those delicious treats that bring them so much pleasure. They refuse to cut down on processed foods, animal products, and sugary treats. They just won’t do it. 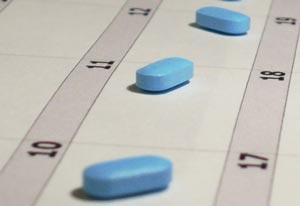 Ah, fix-it medicine to the rescue! Depending on diagnosis, doctors often prescribe a pill to remedy the situation. Of course, many people would rather take medication in lieu of a simple lifestyle change. They gladly let the medicines and procedures do the hard work of warding off disease!

But most individuals exhibit overconfidence in the ability of pills and procedures to prevent and even cure disease. Research shows people wildly overestimate expected benefits of procedures like mammograms to rule out breast cancer and of drugs like Fosamax to prevent hip fractures. In one study, patients overestimated by 100 times the actual effect of cholesterol-lowering drugs, like Lipitor, in preventing heart attacks.

Simultaneously they undervalue lifestyle changes and make such negative assumptions about diet and exercise that they believe their quality of life will diminish once they make the shift. As one of my friends said, “Life is meant to enjoy, and that means eating everything I like.”

Truth about drug treatment success. Not what you think.

Most people want to be told the truth about the actual, statistical benefit of a preventive drug before starting on it. Unfortunately, doctors may not share those statistics. This presents a dilemma between the patient’s right to know about the real chance of benefiting from a preventive drug and the likely reduction in taking medications if they were informed that a drug performed poorly.

When U-M researchers followed a group of 603 Detroiters who joined an organized walking program they found participants improved their cardiovascular health — many of them substantially. More
Believe it or not, this is what most research shows – for an average individual, reduction in heart attack risk is normally less than five percent over five years for most cholesterol-lowering drugs! Results are about the same for blood-pressure drugs and blood-thinning drugs, as well as other drug treatments.

Even high-risk patients have less than a five percent chance of benefiting from cardio-protective drugs taken for five years; 95 percent of patients will take the drug for five years without benefit.

Research shows the lower limit of benefit, below which individuals would not wish to embark on a preventive drug strategy, is 20 percent over five years, and this includes patients just discharged from a coronary care unit.

Now, for any one individual, this is unlikely to be detrimental. After all, there’s a 95-percent chance it won’t do anything for them. But on the population level, it would make a difference. Patients might not opt for the drug if they really understood how limited its benefits might be. 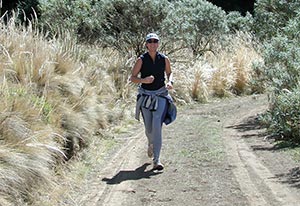 Lifestyle medicine involves treating the underlying cause of disease, not just its symptoms. In most cases it involves altering the diet – trending more to a whole-foods/plant-based diet and eliminating processed foods. In addition, lifestyle changes include increasing the amount of one’s moderate daily physical activity, improving quality of sleep, learning stress control through meditation or other means, getting in touch with nature, learning to laugh, and even developing a spiritual practice of some kind. These interventions are known to reduce systemic inflammation, which directly relates to most chronic diseases.

To some the above lifestyle interventions might be considered dramatic in comparison to taking a drug, but when the outcomes are considered it’s game over, in my view. In several studies a whole-foods/plant-based diet has been shown to work 20 times better – that’s an absolute risk reduction of 60 percent after less than four years, compared to pills.

In one study 99.4 percent of patients that stuck with a plant-based diet avoided major cardiac events, such as death from heart attack. In this study, there was no exercise, no meditation, no yoga, and no stress-reduction classes. Just dietary changes! This has never been shown with drugs. Other studies have shown complete reversal of heart disease using diet, exercise, and stress reduction.

It’s really not a fair comparison.

So, in my view, it’s not really a choice between taking a pill versus making lifestyle changes to reduce and eliminate the underlying causes of chronic disease. Treating the root cause of disease, by eating healthy and moving more, can accomplish more than drugs.

When the facts are known about the effects of drugs versus lifestyle medicine for treating lifestyle-induced chronic disease, it’s really not a fair comparison, after all.