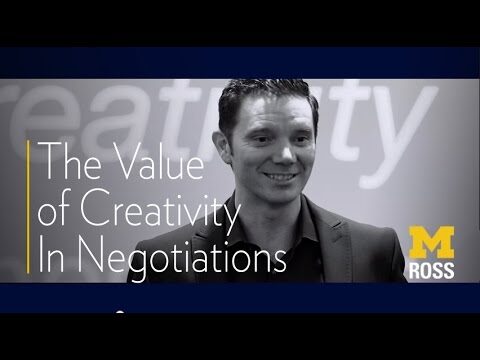 It is my belief — and my research — which shows that people often fail to think about creativity in the context of negotiation.

But when there are difficult deals to be made, that is precisely when you need this sort of thinking.

Now, does it help when someone says, “Be creative?” That’s like telling someone to be spontaneous, like, “Make me a creative painting.”

OK, well then, there would be no magic to it.

Let me give you a very specific definition, and we’ll invoke a little French. Why not?

Bricolage and arbitrage are two concepts at the core of creative negotiating.

You probably are more familiar with arbitrage, but let’s start off with bricolage. Formally it means to make creative and resourceful use of whatever materials may be at hand, regardless of their original purpose.

What resources are available at your company, at your disposal, that might be able to be recombined and put into a deal?

Next, you need arbitrage.

You’re trying to strike a multifaceted agreement that capitalizes upon differences.

So any time you are negotiating with somebody and they have different priorities, you should smile on the inside and be extremely happy.

We strike deals best when we have differences in interests.

So, do not focus on any one issue at a time, because you don’t know all of the issues that are there; you don’t know in advance which issue you might want to make a concession on. 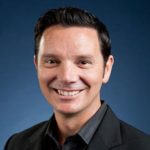 JEFFREY SANCHEZ-BURKS is a Michael R. and Mary Kay Hallman Fellow and associate professor of management and organizations at the Ross School of Business. He is director of the Executive MBA Professional Development Program and teaches custom and open-enrollment executive education courses on design thinking, creativity and innovation, leadership, cultural intelligence, influence, and high performing teams.
Social
Share on: Share on Twitter Share on Facebook