Lifestyle, behavioral, and drug interventions can have adverse effects … at least for some people! 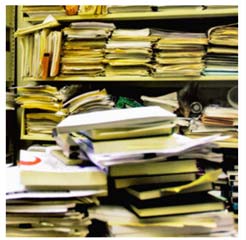 Albert Einstein once said: “If a cluttered desk is a sign of a cluttered mind, then what are we to think of an empty desk?”

I have 45 years of research and teaching materials crammed everywhere in my workspace. “Professor Katch, your office runneth over,” a student recently said to me, while clearing off the chair I offered. Liquidating old stuff — particularly rough drafts, rejected manuscripts, idea sheets, and student papers — is difficult.

In an effort to clear some space, I discovered some old data from the U-M Weight Control Clinic that I directed for eight years. It reminded me of an interesting phenomenon.

Individuals who joined our fee-based, 12-week program were very compliant for the most part. They followed a protocol that included diet and behavior modification, plus heavy doses of physical activity. But I was struck by the fact that not all participants responded similarly, or even positively, to our interventions.

On average, for the eight years the program operated, we experienced about a 90-percent participation rate. That’s right, 90 percent of all participants completed all program requirements: attending weekly meetings; recording all food consumed during the day; completing a minimum of 60 minutes per day of moderate physical activity, six days per week; speaking at least three days per week to one of our counselors; and undertaking pre- and post-program tests that included blood draws, exercise stress tests, body composition tests, and paper-and-pencil tests.

This was exhausting and not easy, but they did it. And most of the people were delighted with their results. On average, individuals lost a significant amount of body weight — mostly fat weight — and gained lean weight. They also significantly reduced cholesterol, triglycerides, and blood sugar levels; significantly lowered blood pressure; and significantly increased aerobic endurance capacity and lung function.

On the other hand… 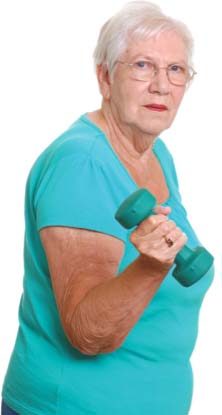 But not all participants responded positively to our program, even those who fully participated. Some individuals experienced adverse responses – they experienced no changes, or changes in an opposite, unfavorable direction compared to the expected beneficial effects of the intervention.

Individuals who experience adverse responses often are referred to as nonresponders. In our experience at the weight control clinic, some nonresponders even gained weight (ouch!), some saw cholesterol rise, some saw no change in blood pressure. In some cases, blood pressure was elevated at the end of the program. We were all at a loss to explain why these individuals did not respond positively to the interventions. Was it our fault or theirs?

We are all familiar with the concept of adverse responses, particularly when we think of drug intervention. Every time we see a commercial for any drug, the list of potential side effects seems endless. This is an admission that during drug testing some subjects experienced these adverse effects. But drug companies are not required to tell us the prevalence of these effects.

Prevalence of adverse responses in exercise studies to reduce selected cardiovascular risk factors is not often considered. We tend to assume everyone responds to exercise in about the same way. In a recent study that looked at the prevalence of adverse responses across six well-known and highly cited exercise-intervention studies that tested effects of exercise on different measures of cardiometabolic risk factors, adverse response ranged from 8.4 percent for exercise training-induced changes in fasting insulin (a measure of diabetes risk), 12.2 percent for systolic blood pressure, 10.4 percent for triglycerides, and 13.3 percent for changes in high-density lipoprotein (HDL-C) levels. 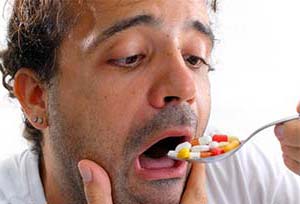 Most of us have experience with being a nonresponder to a particular drug. My son, for example, is highly affected by caffeine while I barely record a response even if consumed before going to bed.

There are many reasons people are nonresponders to an intervention. Noncompliance is often cited by clinicians as the common culprit: We say the individual did not follow instructions. But when noncompliance is ruled out we must look for other explanations.

We all know that treatment response rates for specific interventions vary based on age, gender, disease condition, ethnicity, concomitant medication use, and a host of other factors. And environmental variables can certainly play a role as well. Also, recent studies reveal a far greater impact of genetics in determining the nature of responses to various classes of drugs and different types of exercise and nutrition interventions.

Weight-loss studies are among the best examples of variable response to an intervention. Aside from the growing reliance on drugs, the standard weight-loss prescription primarily includes diet-based calorie restriction of some kind (high-carb, low-carb, no-carb, etc.). Sometimes caloric expenditure (exercise) is included. But these interventions — alone or in combination — are only effective for about 5-15 percent of the population (when defining success as maintaining weight loss for one year, or attaining ideal body weight). While this figure might seem like it results in an 85 percent nonresponder rate in general, in fact, if there were a label on the treatment it would have to state the intervention is intended for only a subset of all overweight individuals.

This highlights the complexities of the phenomenon of nonresponders. In this case, low apparent response rates among all overweight individuals are due to the heterogeneity of the condition itself. Obesity and overweightness is actually a collection of different conditions, each with distinct etiologies and a shared spectrum of symptoms reported by individuals. No wonder there is such diversity in responses!

An often neglected aspect of understanding the phenomenon of nonresponders is the little-appreciated fact that most individuals’ biologic response to an intervention is variable from time to time. Suppose you begin a new diet to reduce your elevated cholesterol levels from the current value of 300 mg/dl to below the recommended value of 200 mg/dl. Research shows your tested cholesterol of 300 mg/dl is really only an estimate of the “real” value. Should you do repeat cholesterol testing within the same day (or more typically over several days) you would find the value would fluctuate between ±3-7 percent. In this example, your cholesterol could range from 279 mg/dl on the low end to 321 mg/dl on the high end. You have no way of knowing what your “real” cholesterol value is.

I often ask my health care practitioner to take my blood pressure measurement at least three times during one visit, so we can average the score and arrive at my “real” blood pressure. They don’t like it, but they will do it.
This fluctuation is the result of many factors. Some could be related to errors introduced in the measurement at the laboratory. But others are related to how your body responds from time to time and day to day based on intrinsic factors related to liver synthesis and tissue utilization, as regulated by genetic factors and their interactions with extrinsic factors (i.e., time of day, age, gender, time of year, biologic set point, and even your psychological set).

I often ask my health care practitioner to take my blood pressure measurement at least three times during one visit, so we can average the score and arrive at my “real” blood pressure. They don’t like it, but they will do it. Try this some time. You may be surprised by the result.

The important point is that measured cholesterol (or any other physiologic response) is not fixed, but variable. So, suppose that at the end of a 10-week diet program your cholesterol was measured at 255 mg/dl, a 15 percent decrease. Congratulations, your diet program worked! Or did it? Your 255 mg/dl cholesterol score, if tested again, could just as easily be 237 mg/dl on the low end or 273 mg/dl on the high end, due to biological variability. In other words, it is entirely possible that your pre- and post-cholesterol values might not have changed at all, or maybe just a tad, and you would be labeled as a nonresponder! Or, if your pre-diet score was on the high end of your personal range and your post-diet score was on the low end of your personal range, you could just as easily be labeled a positive responder.