Waiting is a fact of life. 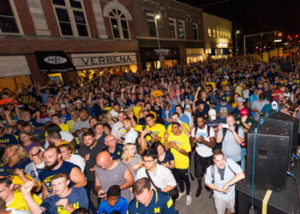 Believe it or not, many people also are waiting to develop a serious illness – maybe an infectious or chronic disease, cancer, or even an immune disorder. Take your pick.

Infectious diseases often go undiagnosed for years as they incubate. Most are caused by microbes — organisms too small to be visible to the naked eye. Disease-causing microbes can be found everywhere, sometimes in the least expected places: in our food and water, cleaning products, toys, paint, new cars, clothes, furniture, and even cosmetics. The most common infectious disease-causing microbes are bacteria, viruses, fungi, protozoa (a type of parasite), and chemical-borne substances that we are just now recognizing as infectious.

Typically, during midlife, an individual with a chronic disease crosses a threshold – a clinical horizon – in which a disease manifests and is diagnosed long after the original cause began to incubate. Often there are no overt symptoms and the individual is surprised when confronted with the diagnosis.

As a nation, we spend 86 percent of our health care dollars on the treatment of chronic diseases. These persistent conditions also are the nation’s leading causes of death and disability – they leave in their wake deaths that could have been prevented, lifelong disability, compromised quality of life, and burgeoning health care costs.

It is complex and difficult to identify the exact cause(s) of many chronic diseases, although modern medicine is making great headway. Chronic diseases are slow to progress but long in continuance.

Causes and conditions: The Epidemiologic Triangle 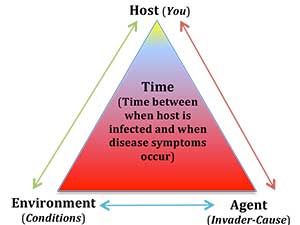 The Epidemiologic Triangle is a model scientists have developed for studying health problems. The triangle’s three vertices are:

Agent invaders – Not where you expect!

Increasing scientific evidence supports the role of environmental chemicals as a prime agent in immune system disorders and chronic diseases, especially cancer. Many of these invader chemicals appear in products least expected to be the harbinger of cancer or immune dysfunction.

More than 22,000 chemicals have been introduced into products since 1976, and chemical manufacturers have provided little or no information to the EPA regarding their potential health or environmental impact.

At least 80,000 chemicals on the market today come into contact with humans. Only about 200 have been tested for safety by the Environmental Protection Agency (EPA) under the Toxic Substances Control Act (TSCA) of 1976. The TSCA is the only major environmental regulation that has not been updated since its inception. Thus it is nearly impossible for the EPA to take regulatory action against dangerous chemicals, even those that are known to cause cancer or other serious health effects.

The act is widely considered a failure by most scientists and environmentalists.

According to the law, the burden of proof that a chemical is unsafe rests with the EPA, not the chemical industry, prior to sale. This means manufacturers are not required to test product safety prior to introduction into the marketplace. Rather, it’s up to the EPA to prove a chemical poses an “unreasonable risk” to public health or the environment before it can be subjected to testing and possible regulation. This would be like a pharmaceutical company manufacturing and selling a drug without requiring safety testing prior to sales. This simply would not be permitted – and it should not be permitted with chemicals introduced into products used by humans or animals.

The scientific literature is flooded with well-documented, peer-reviewed studies showing the detrimental effects of various chemicals on humans and the environment. This research can be divided into evidence showing strong, good, or limited causal links between a given toxicant (any toxic substance made by humans or introduced into the environment by human activity) and different diseases. Here’s a partial list of chemicals showing strong evidence linked to serious health and environmental problems, including cancer and reproductive disorders. 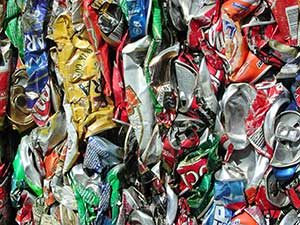 BPA is a common chemical found in plastics, food and beverage can linings, and such consumer products as baby bottles, sippy cups, and reusable water bottles. BPA is a hormone-disrupting chemical that mimics estrogen, the female sex hormone essential for the development and function of reproductive organs. BPA also may interfere with thyroid hormone, important for brain and nervous system development.

Laboratory animal experiments show that for doses within the range of human exposures, fetal exposure to BPA links to developmental and reproductive harm, including early onset of puberty, increased susceptibility to breast and prostate cancer, and changes in gender-specific behavior caused by altered brain development. Similar findings with humans also have been reported.

On Jan. 1, 2010, France banned the use of BPA in products – like feeding bottles – that come into direct contact with food for babies and young children. A European ban followed in January 2011. In January 2015 France introduced a new law banning BPA use in all food packaging. As expected, this controversial law is under attack by the European chemical industry. 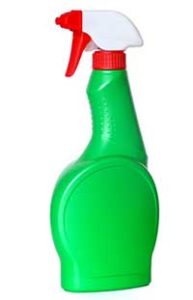 Phthalates are found in nearly 100 percent of people tested. They have been measured in breast milk, umbilical cord blood and amniotic fluid, and urine. Many consumer products containing phthalates are regulated by the EPA, whose existing evaluations of phthalate toxicity are outdated and lack information on use patterns. Most alarming: The EPA does not take into account recent evidence that no one is exposed to only one phthalate at a time, which is how phthalates’ effects are evaluated.

Phthalates are used to impart flexibility to hard plastics, especially polyvinyl chloride (PVC). PVC is used in building materials, flooring, automotive interiors, furniture, and clothing. Phthalates can be found in adhesives, dyes or inks, and solvents in an enormous range of everyday products including air fresheners, cleaning products and detergents, cosmetics, and personal-care products, such as fragrances and nail polish. Phthalates also appear in pharmaceuticals, medical devices, food packaging, sealants, and printing inks.

The specific types and quantities of phthalates used in individual products is not publicly available information, and phthalates often do not appear on product labels.

Because phthalate plasticizers are not chemically bound to PVC, they easily leach and evaporate into food or the atmosphere. Thus, phthalate exposure can result through direct use or by indirect means via leaching and general environmental contamination. Diet also is believed to be a major source of phthalate exposure through consumption of phthalate-exposed fatty animal foods such as milk, butter, and meat.

The placenta is a great protector – it’s supposed to guard the fetus from environmental exposures during the prenatal period. However, for certain chemicals, it can serve as a sieve for chemical delivery. This has been well documented for methylmercury, a chemical linked to adverse impact on fetal brain development. Some studies have consistently detected some 200 chemicals in children at birth. While not all of these chemicals are linked to cancers, this surely should be of major concern to all of us.

Babies are at the greatest risk for adverse effects to chemical exposure. Pound-for-pound, they drink more water, breathe in more air, and eat more food, than their adult counterparts. Thus any exposure is magnified. Another reason for concern is that children’s organs are just developing. Any subtle changes due to chemical exposure can have permanent consequences. There’s no rewind on the development of a child’s brain, lungs, or other body structures.

Not every chemical is toxic. But, an increasing amount of evidence supports the role of environmental chemicals in chronic diseases, especially cancer. Below are some safe and simple steps to limit exposure to harmful chemicals in our environment.