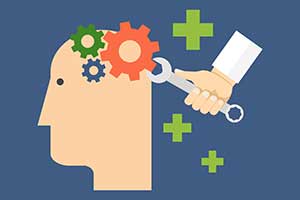 There is a theory among healers and wise-elders, dating back some 2500 years, that everything about our world — and us — interconnects. Illness and wellness could not be understood in isolation from life’s social, emotional, and habitual patterns and practices. These healers and wise-elders treated the whole person, not just their physical symptoms.

Modern medicine tends to treat illness in isolation, and we often are bewildered why some people become severely ill when they practice good nutrition, exercise all the time, and “seem” to live a healthy lifestyle. Despite scientific advances we still have little appreciation of the interconnectedness and unity of mind and body, and how each influences the other in terms of illness and wellness.

Some have made the argument that people do not become ill despite their lives but, rather, become sick because of their lives – beyond positive lifestyle behaviors. Our thoughts and unconscious emotions, in addition to our lifestyle choices, govern much of our physiology through the mechanisms of stress-modulated bodily functions. It is well known that how people respond to stress directly affects hormone secretions, immune responses, and the development of inflammation. There is little debate about this.

The idea that certain personality types can lead to particular diseases dates back at least to Hippocrates. Keen-eyed physicians of antiquity were aware that individuals with similar personality traits were more likely to develop certain illnesses. Early observations and some research (Science News, 1987) reported people with a pessimistic and generally “negative” approach to interactions were much more likely to develop mental disorders and cancer – especially cancers of the stomach, pancreas, rectum, large intestine, and lymph, as well as multiple myeloma and Hodgkin’s disease.

In the 1991 book, The Self-Healing Personality: Why Some People Achieve Health and Others Succumb to Illness, Howard Friedman writes, “I have never seen a death certificate marked ‘Death due to unhealthy personality.’ But maybe … we need to take into account the latest scientific findings on the role of personality in health.”
Additionally, we know from other research (Psyc Med, 2002) that certain personality traits strongly associate with how people perceive their own health. After studying a large sample of adults between ages 25- 74 researchers found that regardless of whether people were healthy or ill, different personality traits consistently associated with certain diseases, even after adjusting for factors like age, gender, race, marital status, and education.

Most early studies linking personality to disease were observational, involving individuals who already were sick. Medical scientists were justifiably skeptical of any link between personality and disease, since trying to test if personality traits contribute to illness, or if illness causes personality traits is messy. How can scientists determine a specific cause and effect when the testing methodology and relevant factors are not well understood?

Research involving healthy people is a good start. The best option would be to launch an investigation in which the researchers first characterize participants’ personality traits, and then monitor the subjects over an extended period of time, recording any illnesses. This would make it possible to determine whether a causal correlation exists between personality traits and development of different diseases. 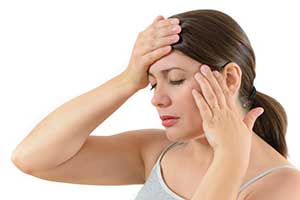 The results were astonishing. Grossarth-Maticek was able to predict death from cancer with six times greater accuracy than predictions based on cigarette smoking or other biometric data. In the group classified as “prone to develop cancer,” almost half died from the disease, but fewer than 1 in 10 died from heart disease. Among those predicted “prone to heart disease,” more than a third died of heart disease, but only 1 in 5 died from cancer. Among the group predicted to be prone to good health, there were few deaths beyond what would be expected.

This research raised many an eyebrow among colleagues in different fields. It was very controversial, to say the least! In fact, criticism was widespread, and some even suggested scientific fraud (Psychology Today, 1988). Editorials like one published in the prestigious New England Journal of Medicine in 1985 led many scientists and the lay public to believe that research even suggesting a link between disease and personality was nothing more than folklore.

Grossarth-Maticek did a follow-up study to answer some of his critics. This time the research attempted to see if disease outcomes could be affected by changing selected personality traits. This surely would point to a cause-and-effect conclusion. Researchers identified a large group of individuals with disease-prone personalities. Next, the group was randomly split. Half received counseling that included modeling, suggestion, relaxation, visualization, desensitization, and other standard behavior techniques used to modify personality. The other half received no counseling at all.

Again, the results were clear. The counseling group showed significantly lower death rates from both cancer and heart disease compared to the no-counseling group. Grossarth-Maticek later repeated these studies with another noted psychologist (Med Psych, 1988). Together they found they could reduce by half the death rates from cancer and heart disease with as few as six hours per week of therapy. 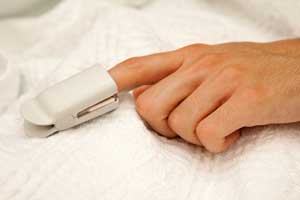 Contemporary research on personality and health continues to inspire controversy for many reasons. First, many physicians simply are not trained to think this way; we are in an era of fix-it medicine that does not reward the practitioner who tries to understand underlying causes for disease.

Second, our medical delivery system pays far more for mechanical “procedures” than for knowledgeable patient “healing.” A surgeon who removes a diseased kidney makes hundreds or thousands of dollars for an hour’s work; not so for a doctor who spends an hour or more talking to a depressed patient troubled by headaches or anxiety, and who has “surprisingly” developed an illness like irritable bowel syndrome or cancer of the stomach. Finally, many physicians still think of the mind and body as two separate entities that do not affect one other.

Patient histories seldom focus on issues not related to the physical; emotional experiences or psychological states that existed before the onset of illness often are disregarded. Physicians are trained to treat each of the presented physical symptoms: medications for inflammation and pain, operations to remove diseased organs and tissues, or physiotherapy to restore mobility. When no immediate cause for an illness is found, doctors often prescribe patients an assortment of drugs, refer them to another physician, or leave them alone to wonder what’s wrong with them.

We all can agree 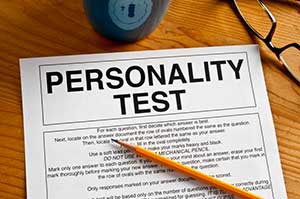 Regardless of where you stand on the personality and health controversy, it is clear we all respond differently to life’s stresses and problems. Some of us sail through a bad day or chronic emotional crisis, while others confronted with the same issues fall sick, suffer insomnia or crippling headaches, develop digestive problems, or worse.

There is little controversy that stress can cause physical illness, but why different people respond differently to the same stress remains an elusive problem. Surely, part of the answer resides in different personalities?

While we all have the same general physiological makeup, we all respond differently to stressors based on many factors, including our different personalities, and our behaviors and responses shaped by early childhood experiences, genetic makeup, caregiver styles and limitations, and our current lifestyle choices.

Each of these factors can be viewed as weak links that may determine why stress is apt to affect one person one way while another person remains unaffected. Regardless of illness, there seems little doubt of the existence of a disease-prone personality and of an immune-prone personality, one whose hardiness enables a person to tolerate the ravages of stress without becoming ill.

In the 2011 book, When the Body Says No: Exploring the Stress-Disease Connection (Wiley, 2011) author Gabor Mate’ illustrates with many examples from his medical practice how the “civil war inside the body” needs to be treated with more than a biological view, paying attention to underlying hidden stresses rooted in emotions that are deeply implicated in the causation of illness or the restoration of health. People interested in this topic may find the book very interesting.