In last month’s “Health Yourself” column I discussed possibilities that individuals with similar personality traits were more likely to develop certain illnesses. I suggested perhaps there exists a generic disease-prone personality “type” that increases susceptibility to various diseases. 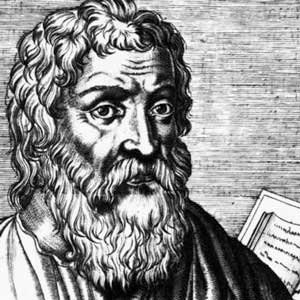 Extensive literature exists on the topic of classifying various types of human temperaments and labeling them as personality traits or types. These classification systems attempt to describe predominant features of specific personalities that differentiate among individuals. One of the early attempts at classifying personality types was the four humors theorythat had its origins in ancient Egypt.

Greek physician Hippocrates (460-370 BC) developed the humors idea into a medical theory. He believed certain human moods, emotions, and behaviors were caused by an excess or lack of body fluids (called “humors”): blood, yellow bile, black bile, and phlegm. Having the correct balance of humors determined susceptibility to certain diseases.

Prominent Greek physician Galen of Pergamon (AD 129-c. 200) proposed the first typology of temperament based on the four humors model. In his writings De temperamentisGalen classified the human temperament into hot/cold and dry/wet categories. In this system a “balance” could exist between the qualities, yielding a total of nine temperaments.

Four of these categories were named sanguine, choleric, melancholic, and phlegmatic, respectively. According to Galen, each of these categories associated with specific behavior patterns and diseases. This medical “model” was used well into the 17th century as a way of explaining disease. 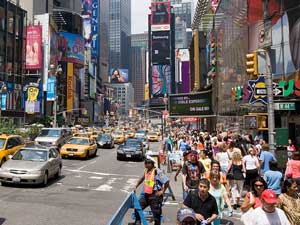 The four humors theory has changed and morphed since Galen’s time, but the idea persists that personality types and traits link to disease. And now research exists explaining how the different temperaments may precipitate disease.

About five decades ago cardiologists R. Rosenman and M. Friedman observed those who contracted heart disease exhibited “an action-emotion complex that can be observed in any person who is aggressively involved in a chronic, ceaseless, never-ending struggle to achieve more and more in less and less time, and if required to do so, against the opposing efforts of other things or other people.” This struggle against time and people, it was argued, is precisely what precipitates heart attacks. They called it the “hurry sickness” and began a series of studies to identify how this temperament could link to heart disease.

The landmark Western Collaborative Group Study involved more than 3,000 men in their 40s and 50s who did not show any signs of existing coronary heart disease at the onset of the study. After an eight-year follow-up, those men identified with the “hurry-sickness” personality were more than twice as likely to get heart disease as those who had not exhibited the same traits, according to the study.

Originally, these men were said to have a coronary disease-prone personality, but the termed was changed to Type A personality. In 1981 the National Heart, Lung, and Blood Institute concluded that Type A behavior represented an independent risk factor of cardiovascular disease. Of course, not all research supports these findings and many studies showed that some components of Type A behavior were relatively harmless, while others, called the toxic core of Type A personality traits, predicted coronary disease with a high degree of accuracy.

The following five temperament traits create major health risks for people of all personality types, but are most potent for the coronary disease-prone personality. Each of these traits relate directly to biological and psychological increases in the “stress response.”

The etiology and pathogenesis of cardiovascular (heart) disease is now considered to result from a chronic inflammatory process. In fact, the latest research suggests stress-induced inflammatory events may account for up to 40 percent of heart disease patients with no other known risk factors. Stress activates different body systems that cause release of various stress hormones like catecholamines, corticosteroids, glucagon, growth hormone, renin, and elevated levels of homocysteine. These substances induce a heightened state of cardiovascular activity, injured endothelium, and induction of adhesion molecules on endothelial cells to which recruited inflammatory cells adhere and translocate to the arterial wall. 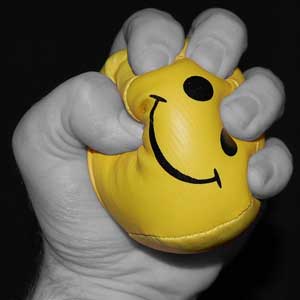 Inflammation is partly regulated by the steroid hormone cortisol secreted from the adrenal glands. Normally, cortisol functions to reduce inflammation, which is good. But over time, these efforts to reduce inflammation also suppress the immune system. Elevated stress, as observed in most Type A persons, initiates persistent and inconsistent elevations of blood cortisol. This results in a decrease in tissue sensitivity to cortisol. Specifically, immune cells become insensitive to cortisol’s regulatory effect. This promotes runaway inflammation that persists over time — a condition known as chronic inflammation.

In other words, the inflammatory response is contained within the stress response and apparently associates with certain personality traits; i.e. the toxic core traits of the Type A personality. Apparently, during stress-induced anxiety, depression, or other psychosocial events, the body loses its ability to regulate the inflammatory response — and it proceeds unabated promoting the development and progression of disease.

The accompanying figure shows progressive arterial blockage from a buildup of calcified fatty substances that progressively narrow an inflicted artery until it becomes totally closed-off; this is the disease of atherosclerosis. This disease is now known to be caused by chronic inflammation. 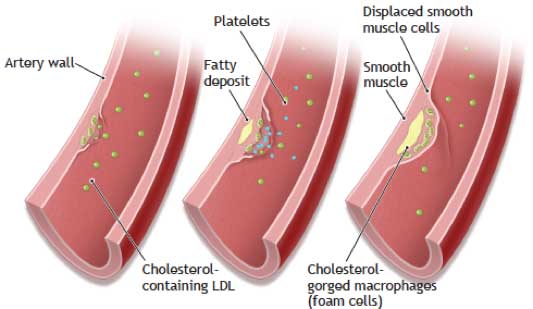 The first overt sign of atherosclerotic change occurs when lipid-rich macrophage cells (cells that engulf and digest debris and invading microorganisms) cluster under cells’ endothelial lining to form a bulge (fatty streak) in the artery. This is the first result of the inflammatory process.

Over time, proliferating smooth muscle cells accumulate to narrow the artery’s opening. Typically a thrombus (or clot) forms that plugs the artery, depriving the heart muscle of normal blood flow and oxygen supply. When the thrombus blocks one of the smaller coronary vessels, a portion of the heart muscle dies (called necrosis), and the person experiences a myocardial infarction, commonly known as a heart attack.

If coronary artery narrowing leads to brief periods of inadequate blood flow, the person may experience intermittent pains known as angina pectoris. These pains usually emerge during exertion because there is a greater demand for blood flow in the heart muscle. Often, an angina attack provides the first painful, dramatic evidence of advanced inflammation-induced heart disease.

There is no definitive test for chronic inflammation. The most trusted marker is measurement of blood levels of C-reactive protein (CRP) or an erythrocyte sedimentation rate (ESR) test.

CRP is an acute phase reactant, a protein made by the liver and released into the blood within a few hours after tissue injury, the start of an infection, or other cause of inflammation. The CRP test is not diagnostic of any one condition, but it can be used together with signs, symptoms, and other tests to evaluate an individual for an acute or chronic inflammatory condition. In most people CRP is low, usually below 1.0 mg/liter blood. If CRP is between 1.0 and 3.0, inflammatory risk is considered average. Risk is deemed high when CRP exceeds 3.0.

The erythrocyte sedimentation rate (ESR or sed rate) is another relatively simple, inexpensive, nonspecific test to help detect inflammation associated with inflammatory conditions such as infections, cancers, and autoimmune diseases. Blood is drawn and placed in a tall, thin tube. The red blood cells (erythrocytes) in whole blood gradually settle to the bottom. Inflammation causes cells to clump together. Because these clumps of cells are denser than individual cells, they settle to the bottom more quickly.

The sed rate test measures the distance red blood cells fall in a test tube in one hour. The farther the red blood cells have descended, the greater the inflammatory response of your immune system. Results are reported in the distance in millimeters red blood cells have descended in one hour. The normal range is 0-22 mm/hour for men and 0-29 mm/hour for women. The upper threshold for a normal sed rate value may vary somewhat from one medical practice to another, but in general values greater than 25 for men and 30 for women suggest inflammation.