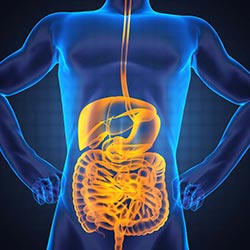 In an effort to explain this underestimation, researchers looked for other sources of genetic material contributing to human differentiation. One source was the human microbiome.The human body is home to a vast number of microbes, collectively referred to as the human microbiota (formerly called the gut flora).

Research increasingly is focused on the link between these microbes and human health. New insights are emerging rapidly, some of which are changing the way we look at diagnosis and treatment of various common chronic health conditions.

The human microbiome defines as the collective genomes of bacteria, bacteriophage, fungi, protozoa, and viruses that live inside and on the human body in many locations. There are about 10 times as many microbial cells as other human cells. The most abundantly microbe-rich organ is the large intestine. Recent estimates suggest the average human large intestine has ±1,200 different bacterial species, weighing up to 4.5 pounds, that produce different compounds, including inflammation-causing toxins and other compounds that can suppress hunger and reduce blood glucose and insulin levels. Even the mood-regulating hormone serotonin has been shown to relate to various gut-microbial cells. More than 1,000 different known bacterial species can be found in the gut microbiota, but only 150-170 predominate in any given person. In other words, the gut microbiota can be likened to an individual identity card pointing to a person’s health and disease risk.

The human as a supraorganism 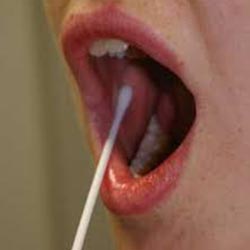 To study the human as a “supraorganism” composed of many different types of cells, in 2007 the National Institutes of Health (NIH) launched the Human Microbiome Project(HMP). This was a conceptual extension of the Human Genome Project. There are more than 200 HMP research papers published over the past five years. (See Nature.com and PLOS.org.)

The most definitive research on what constitutes a “normal” microbiome was completed on a cohort of 242 healthy adults, 129 males and 113 females from 18-40 years of age. Participants provided samples from the mouth, nose, skin, lower gastrointestinal tract, and vagina. Of these individuals, 131 were sampled again about 200 days later to assess microbiome stability. None of the subjects were taking antibiotics or immunomodulators (which directly affect the microbiota), and all subjects were free of overt disease at all of the body sites before sampling. These data constitute the “reference” view of the healthy human microbiota for these sites.

Most microbes in the gut do not cause disease but rather perform important functions like digesting nutrients to generate other nutrients for host cells, synthesize vitamins, metabolize drugs, detoxify carcinogens, stimulate renewal of cells in the gut lining, and activate and support the immune system. No single common microbe resides in all body sites or in all individuals; rather, microbial communities are most similar between similar body sites.

There appears much commonality of microbes between different individuals, and between men and women; and there are data suggesting genetics may not play an important role in dictating microbiome composition, but not as much as diet and lifestyle choices.

The concept of prebiotics, sometimes called fermentable fiber,was initially introduced in 1995. It defines as indigestible ingredients (in food) that selectively promote growth and activity of a limited number of different beneficial bacteria species that confer benefits to the host.

Some dietary prebiotics occur naturally in foods such as leeks, asparagus, chicory, Jerusalem artichokes, garlic, artichokes, onions, wheat, bananas, oats, and soybeans. The most common fiber types are those found in conjunction with certain fruit and vegetable sugars, called fructooligosaccharides (FOS) or galactooligosaccharides (GOS). The most tested of the prebiotics are bifidobacteriaand (to a lesser extent) lactobacilli.

Certain prebiotics, when used in adequate amounts, have been shown to provide health benefits including improved digestive functions (e.g. bowel regularity, resistance to gastroenteritis, pathogen inhibition); positive modulation of immunity, including anti-inflammatory effects; generation of beneficial microbial metabolites, such as pathogen inhibitors; improved markers of insulin resistance and lipid metabolism; and better absorption of certain dietary minerals, such as calcium.

The concept of probiotics, a term that literally means “for life,” was introduced in 1907 by Russian Nobel laureate Elie Metchnikoff. Metchnikoff proposed the heretical idea (at the time) that ingesting microbes could have beneficial effects for humans, especially to treat different digestive diseases.

Probiotics define as live microorganisms which, when administered in adequate amounts, confer a health beneﬁt to the host. These microorganisms partially resist digestion, and provide a range of benefits, including maintenance of digestive comfort and immune system regulation. Probiotics can also help balance the gut microbiota when it has been affected by poor diet, infections, some antibiotics treatments, or other external factors, such as stress.

Many probiotics come from bacteria traditionally used for fermenting food. At the present time, a large number of relevant, well-designed clinical trials using probiotics have been performed and the most common probiotics studied belong to two genera, lactobacillusand bifidobacterium.Overall, findings suggest that probiotics can help maintain digestive health in individuals with different disorders.

Reduced microbial diversity in the gut associates with — though is not proven to be a cause of — an increased risk of obesity, diabetes, and irritable bowel syndrome. If you reduce gut microbes of children before the age of 2 with a broad-spectrum antibiotic, for example, their risk of becoming obese jumps 11 percent. Farmers have long known the same to be true in livestock, which is why 80 percent of the antibiotics consumed in this country are fed to animals (mostly beef and poultry) – to fatten them for market. These same antibiotics often appear in humans who eat the animals and may be the cause of different chronic disorders.

Babies born via C-section whose gut microbes are seeded by the hands of nurses rather than the birth canals of their mothers have a 20 percent higher risk of food allergies and asthma.

Probiotics are thought to work by one or all of the following mechanisms:

Can you change your gut microbiome?

Should you take probiotics? 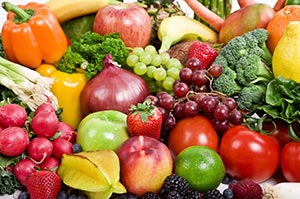 With evidence suggesting a positive role for gut microbes regarding health promotion, excitement about probiotics’ potential has prompted the food and supplement industry to get busy. They have begun to market supplements, drinks, and super-yogurts all promising to improve, regulate, and support digestive and immune health. Not surprisingly, global probiotic sales are expected to jump to $42 billion in 2016. The supplements can be costly, often $1 or more per pill.

While a sound gut microbiota is important – it is not necessary to consume a pre- or probiotic to ensure a sound microbiota. Instead, the data show that consuming a variety of fruits and vegetables on a regular basis is the most effective way to enhance your gut microbiota.

Sound simple? It is. Eat your fruits and veggies!