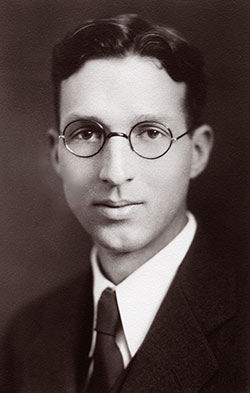 At the end of winter term each academic year the committee of the prestigious University of Michigan Hopwood Awards holds a ceremony to announce the winners. Those named will walk away with prize money for their outstanding creative writing in a variety of different genre categories.

To receive a “Hopwood” is always a special honor and often quite lucrative. Back in 1968 I was fortunate to garner two Hopwoods — one for playwriting and another for critical essay. The prize money was a significant contribution toward the down payment on my first house with my wife, Gail.

Each year when the Hopwood Awards ceremony comes around I have “down-memory-lane” moments about that period in my collegiate life, and especially about Professor Kenneth T. Rowe, who taught me playwriting at Michigan. Rowe’s tenure spanned four decades at the University.

If you’ve read about Arthur Miller, BA ’38, at the University you might remember that Miller singled out Professor Rowe as the teacher and mentor who set him on the path to becoming one of America’s greatest and most enduring playwrights. As an undergraduate in 1937, Miller enrolled in Rowe’s Playwriting Seminar where he wrote Honor at Dawn and The Grass Still Grows. The former earned Miller a Hopwood. The teacher and the budding young playwright became lifelong friends, and when Miller graduated Rowe helped connect him to influential theater figures in New York. 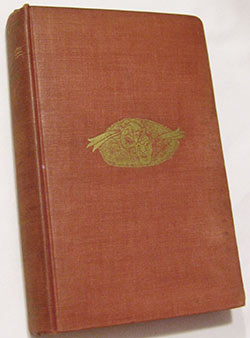 While certainly no Arthur Miller, I gained admission to that same seminar 30 years later.

As a first-year doctoral student (in Speech Communication and Theater) and as a Vietnam veteran I had come to Michigan on the GI Bill. Coincidentally I brought with me a copy of Rowe’s Write that Play, first published in 1939.

Ralph Dennis, a friend and fellow lecturer at the University of North Carolina, had given me that indisputably indispensable book when he learned I was heading off to Ann Arbor for more graduate schooling. He said, “Come to my office. I have something for you and it has a history.”

Dennis’ copy of Write that Play originally belonged to UNC Professor John Clayton, who had studied playwriting at the Yale School of Drama under the prolific theater scholar John Gassner in the 1950s. When Dennis left for New Haven in the early ‘60s, also to study playwriting under Gassner, Clayton passed his copy on to him. Dennis decided to continue the tradition, handing me Rowe’s book with the following challenge: “Now you can meet the ‘master’ face to face — for the three of us.”

Rowe’s playwriting seminar was ideally small in number, a couple dozen students. We met for three hours on Monday evenings in Mason Hall. One of our classmates was would-be Hollywood writer/director, Lawrence Kasdan (Star Wars Episode VII: The Force Awakens, The Big Chill, Raiders of the Lost Ark).

When reflecting back on Professor Rowe and his seminar, I recall several aspects of the man and his demeanor. He was slight and soft-spoken, and always sensitive to the young aspiring writers in his class. During critiques of our finished plays, he would counter any overly harsh criticism by a classmate with his own gently phrased comment on the work at hand.

In preparing the class for “writing that play” Rowe conducted his seminar sessions without formal lectures. Rather, he used his book to guide us through the tenets for developing viable dramatic structures. This we learned in part through the book’s analyses of classic plays — long and short, traditional and non-traditional. The key structural components were “attack” (i.e., conflict), crisis, and resolution. In many ways Rowe’s guidelines for structuring a play preceded and mirrored those outlined by Syd Field in his classic book Screenplay: The Foundations of Screenwriting (1979). Field called his structural elements “plot points,” but the tactical teaching advice is much the same as Rowe’s.

Each year, following his fall term seminar, Rowe selected two plays for production in the Frieze Building’s Arena Theater. I was very happy to learn that my one-act play, Tell Me Where it Hurts You would be on the twin bill with Kasdan’s On the Way Back. We were doubly rewarded as each of our plays that year received a Hopwood Award for drama.

At the end of the Playwriting Seminar in 1967 Rowe graciously wrote an autographed note in Write that Play to the three Tar Heels who had shared its lessons. 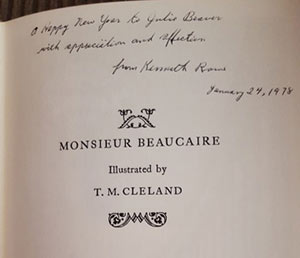 I joined the University of Michigan faculty as an assistant professor in 1969, two years before Rowe retired. In 1973, with a growing family, Gail and I bought a late 19th-century farmhouse-style home in Ann Arbor’s College Hills subdivision. Much to our surprise and delight we discovered Rowe lived just around the corner on Day Street. He was a widower by then and somewhat fragile of body, but not of mind. He resided in a lovely New England-style clapboard house with dormers and a wide front porch.

Thus our relationship was restarted, and for 15 years my family and I came to know my revered professor as a very special man and neighbor. Our children adored him, and his generosity, which Rowe’s students always extolled, soon became apparent to them.

In 1974 our 11-year-old daughter, Julie, and 10-year-old son, John, acquired a paper route that included delivery of the Ann Arbor News to the Rowe household. A lover of classic children’s literature, notably books with brilliant illustrations, Rowe would phone Gail each October with suggestions of books he was thinking of giving to Julie and John at Christmas. Later, our younger daughter Johanna would be included. Julie’s first book in 1974 was Heidi and the last in 1978 was Booth Tarkington’s Monsieur Beaucaire with vivid color illustrations by T.M. Cleland. Clearly, Rowe had astutely chosen more advanced reading for a teenager approaching 16.

Over the years we learned of new facts and interests that made Rowe all the more memorable. He and his wife had amassed a remarkable collection of glass paperweights that added decorative touches throughout his home. We discovered he cherished Texas grapefruit, especially the ruby red variety. He knew when in the ripening season the grapefruit would reach peak perfection. That knowledge came from the fact that Rowe, born and raised in Iowa, had attended Rice University in Houston for AB and MA degrees before going to Harvard for a second master’s degree.

The Hopwood Awards’ namesake, Avery Hopwood, was considered one of the great playwrights of the Jazz Age. Read his description of life in Havana in the early 1920s.
As a Vietnam veteran I was intrigued to discover Rowe had worked with various theater organizations that were involved in using drama for propaganda and morale building. That impressed me. Tell Me Where it Hurts You, the one-act play I wrote and produced in his class, had focused on a distressed young man whose brother had been lost during a bombing mission over North Vietnam. Rowe admired it as one of the earliest theatrical works about the personal and tragic consequences of that still-evolving war in Southeast Asia.

When Larry Kasdan came back to campus in 1982 after achieving great success as a writer/director in Hollywood, he visited my screenwriting class in the Frieze Building for a Q&A session. I told him that Rowe was a neighbor and he suggested we take him to dinner. A couple of days later we shared a meal and warm conversation at the Whiffletree. It was quite apparent that Kasdan and Rowe were very pleased to be in one another’s presence again. 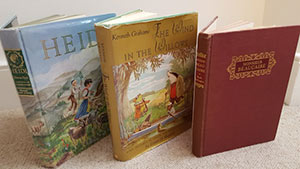 Kasdan returned to U-M again in 1999 to deliver the Hopwood Lecture. He spoke fondly of his undergraduate relationship with Rowe and the continuing support he got even as his interest was drifting away from playwriting:

“By the time I was a junior I was taking perhaps my third class with Professor Rowe … He was very tolerant of me. He had figured out what I was up to. After writing plays for about a year, I began applying everything he was teaching me to my real pursuit, which was writing for film.”

Years earlier, in 1987, Arthur Miller came to Ann Arbor for a talk in Rackham with a focus on his new memoir Timebends: A Life. Afterward Miller drove over to Day Street for what would be his last visit with Rowe. As we passed by on our way home, we saw a group of neighbors who had gathered to watch as Miller and his beloved professor chatted on the front porch.

Our daughter Johanna was four years old when she first met “Mr. Rowe,” as our children called him. About the time she was seven she began to tag along with Julie and John on their paper route — especially on collection days when Rowe would invite the children in for cookies, milk, and chats. Later she shared in the paper delivery and, of course, began to receive her own books at Christmas. The first was E.B. White’s The Trumpet of the Swan followed by several of the Dr. Doolittle books.

This is how Johanna sums up her memory of Mr. Rowe:

“Those afternoons in his living room were wonderful. He made each of us feel so special. The general memory is one of his ability to give care and meaning to all things, including small things (like me!). He showed us value in details and stories.”

How rare and lucky I feel to have shared with my family those special memories of a University of Michigan legend.