Missing link in low back disorders 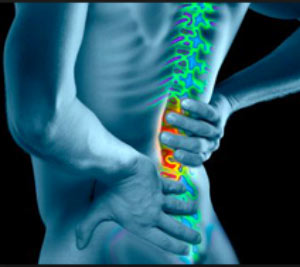 Diagnosis of a low back disorder (LBD) often depends on who makes the diagnosis. Each diagnostician attempts to identify a primary dysfunction according to his/her particular favorable treatment. For example, a physical therapist and a surgeon diagnosing the same condition may take very different approaches toward a solution.

Some clinicians, mostly surgeons, seek a specific tissue as a pain candidate, thus recommendations for nerve block procedures have shown conclusive pain source diagnosis in more than 50 percent of LBD cases. This has prompted research into which muscles or tissues are the best candidates as pain generators.

Biomechanists often argue that this search for a singular pain source may be irrelevant since a spine with altered biomechanics has altered tissue stress that can cause overload on another tissue, causing pain whether the damaged tissue is activated or not. This is referred to as “radicular pain,” radiculitis, or radiated pain due to inflammation or other irritation of the nerve root (radiculopathy) at its connection to the spinal column.

A common form of radiculitis is sciatica – radicular pain that radiates along the sciatic nerve from the lower spine to the lower back, gluteal muscles, back of the upper thigh, calf, and foot – secondary to nerve root irritation from a spinal disc herniation or from osteophytes in the lumbar region of the spine.

Most researchers in the field indicate a strong, stable core is important in avoiding LBD and for hastening recovery from LBD. For many, LBD actually results from an unstable core and back. Attempts at corrective LBD exercises have proven successful for many individuals, and effective rehab and prevention programs tend to start with activating the core muscles. 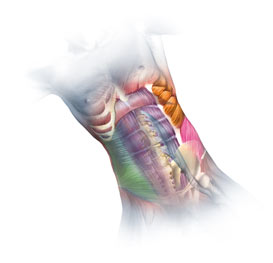 The muscles of the core can be viewed as a serape frame, consisting of hip-to-shoulder muscle links. This frame includes the spine and dependent muscles connected to deeper core muscles that control diagonal rotational movement patterns of the hip and shoulders. It contains 29 pairs of muscles that balance and stabilize bones of the spine, pelvis, and lower extremities during movement.

The spine-frame becomes mechanically unstable without involvement of the core musculature, and most surely would collapse under the weight of the upper body. The core acts as an anatomical base for improving motion of the arms, torso, hips, and legs. Core stability is important in every gross motor activity, like walking, standing, and reaching.

The importance of a strong core

This applies not only to elite athletes but to everyone.

Simple muscular development of the abdominals by doing sit-ups or other types of static abdominal exercises without corresponding muscular coordination and balance training is not sufficient to decrease injury potential, or optimize movement. Everyone can benefit from improving core strength.

Core muscles include the abdominal muscles in front, paraspinals and gluteals in back, the diaphragm at the top, and the pelvic floor and hip-girdle muscles at the bottom.

The diaphragm is a dome-shaped muscle that separates the thorax from the abdomen.

The major global extensor muscles of the lumbar region are the erector spinae, composed of the spinalis, longissimus, and iliocostalis muscles. The multifidi are deep short muscles primarily involved in segmental lower back stabilization rather than gross movements. 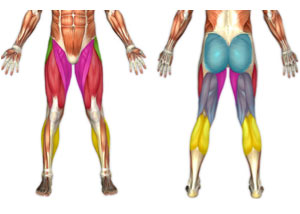 The pelvic floor muscles include the pubococcygeus, iliococcygeus, and ischiococcygeus muscles. These support the internal organs – bladder, intestines, and uterus.

The quadratus lumborum has two major components. The lateral and medial portions are powerful lateral trunk flexors, and elevate the pelvis or depress the thorax, depending on the relative flexibility of each component.

The gluteal muscles comprise the major “hip girdle musculature” and play a significant role within the kinetic chain, particularly for walking and running, stopping, stabilization of the trunk and pelvis, and in transferring force from the lower extremities to the pelvis and spine.

Warming up and activating the core 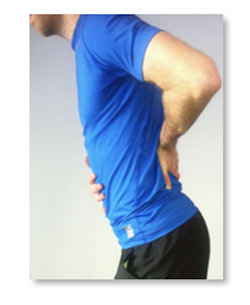 The abdominal bracing technique is used to warm up and activate the core.

Abdominal bracing involves simultaneously contracting the abdominal, lower back, and buttock muscles. When all these muscles work together all three layers of muscle in the abdominal wall are activated to protect and stabilize the spine and discs.

Here are five core exercises that can be done anywhere at any time. These are great warm-up exercises and also will activate the core musculature. 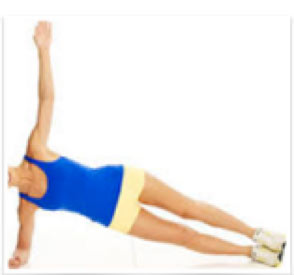 Side plank – arm up

Challenge: Drop your hips a couple of inches, holding for 2 seconds, then press back to start. Control drop movement with pelvis, not shoulder. 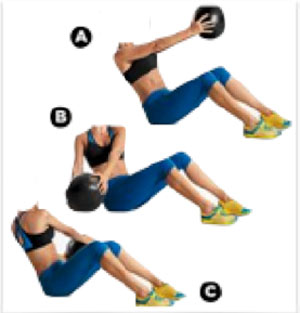 Challenge:
1. Raise both arms over the chest as you lift your body off the ground. This will decrease the base of support and force activation of all stabilizing muscles.
2. Rise up using only one leg.