Diabetes mellitus (commonly referred to as diabetes) represents a number of diseases that involve problems associated with the hormone insulin. Normally, the pancreas releases insulin into the blood to help store and metabolize sugar and fat released from food ingested. Diabetes occurs when:

Diabetes represents a chronic, lifelong disease, afflicting approximately 18.2 million Americans. (See below for more statistics.) Almost one third, or approximately 5.2 million people, are unaware they have diabetes. Additionally, 41 million people have prediabetes, a condition that matures into the full disease. 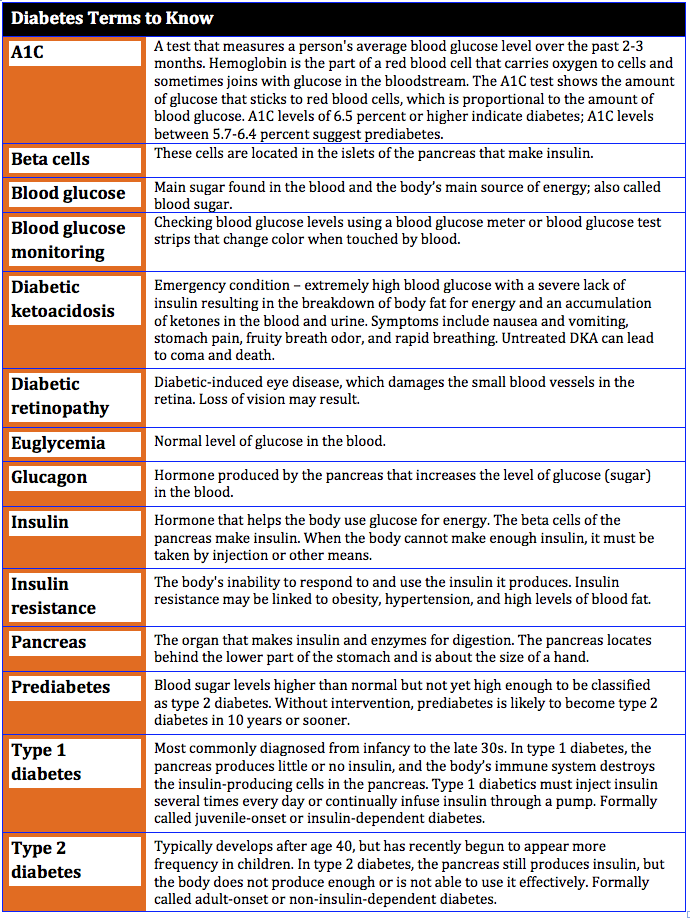 Diabetes was first described in about 1500 BCE in ancient Egypt as “too great emptying of the urine.” Indian physicians, around the same time, identified the condition as madhumeha or “honey urine,” noting that the urine of diabetics would attract ants.

The term “diabetes” or “to pass through” was first used in 250 BCE by the Greek Apollonius of Memphis. Type 1 and type 2 diabetes were identified as separate conditions for the first time by the Indian physicians Sushruta and Charaka in about 400-500 BCE with type 1 associated with youth and type 2 with obesity. The term “mellitus” or “from honey” was added by Thomas Willis (1621-75), a British physician in the late 1600s, to separate the condition from diabetes insipidus, which also associates with frequent urination but isn’t related to diabetes, the condition. 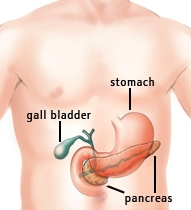 The pancreas sits behind the stomach in the upper left part of the abdomen, surrounded by the small intestine, liver, and spleen. It is 6-10 inches long, and extends horizontally across the abdomen.

Pathogenesis of diabetes has only been understood experimentally since about 1900. The discovery of a role for the pancreas in diabetes generally ascribes to Joseph von Mering and Oskar Minkowski, who in 1889 found that dogs whose pancreas was removed developed all the signs and symptoms of diabetes and died shortly afterwards.

Effective treatment for diabetes was developed in 1921-22 when Canadians Frederick Banting and Charles Best demonstrated they could reverse induced diabetes in dogs by giving them an extract of insulin from healthy dogs.

Do you regularly exercise?
If so, you may be able to help with a research study comparing activity levels and their  impact on diseases like type 2 diabetes. Learn more.
In general, people with diabetes either have a total lack of insulin production (type 1 diabetes) or they have too little insulin or cannot use insulin effectively (type 2 diabetes).

Both types of diabetes greatly increase the risk for a range of serious complications. Diabetes remains the leading cause of blindness and kidney failure. It also continues to be a critical risk factor for heart disease, stroke, and foot or leg amputations.

Type 2 diabetes: Formerly called adult-onset or non-insulin-dependent diabetes. Develops at any age, but most common during adulthood. The body isn’t able to use insulin correctly. This is called insulin resistance. As it gets worse, the pancreas may make less and less insulin. This is called insulin deficiency. Type 2 diabetes accounts for the majority of people who have diabetes.

Type 2 diabetes develops slowly, and symptoms may be mild and easy to dismiss at first.

Diabetes also has a powerful effect on the heart. Women with diabetes are twice as likely to have another heart attack after the first one. They’re at quadruple the risk of heart failure when compared to women without diabetes. Diabetes can also lead to complications during pregnancy.

If you have two or more of these symptoms, see your doctor. Without treatment, diabetes becomes life-threatening.

The pancreas produces insulin and releases it when you eat. It helps transport sugar from your blood to cells, mostly muscle, throughout your body, where it’s used for energy.

In type 2 diabetes, the body becomes resistant to insulin and it no longer is able to transport sugar into cells. In response, the pancreas works harder to make more insulin. Eventually, the pancreas becomes fatigued and/or damaged and may become unable to produce any insulin.

If you don’t produce enough insulin, or if your body doesn’t use it efficiently, sugar builds up in the bloodstream. This leaves the body’s cells starved for energy. Currently we do not know exactly what triggers this series of events, but we are getting closer to definitive answers as research expands. Some researchers think it has to do with cell dysfunction in the pancreas, or with cell signaling and regulation. There may be a genetic predisposition to developing type 2 diabetes, as well. Excess body weight and fat has been shown to increase risk of insulin resistance and diabetes. There could also be an environmental trigger that includes foods consumed over time, lack of physical activity, increased stress, social isolation, and even exposure to chemical pollution. Most likely, it’s a combination of factors that increases the risk of type 2 diabetes.

Although controversial and not yet accepted by many medical and pharmaceutical “experts,” there is a growing body of scientific literature showing that individuals following a plant-based and vegetarian diet, and who engage in regular daily physical activity, can improve their blood sugar control via improved insulin sensitivity, and thus reduce or eliminate type 2 diabetes.

Research shows that plant-based diets associate with significant clinical improvements in diabetes indices, as indicated by reductions in A1C, body weight, plasma lipid concentrations, and urinary albumin excretion, in as little as six weeks. These results compare favorably with those observed in people taking oral diabetes drugs, without any residual drug side effects.

In a study published by the American Diabetes Association, people who ate the most animal protein were the most likely to develop diabetes. In this study, researchers showed participants who consumed the most animal protein were 22 percent more likely to develop diabetes, compared with those who ate the least.
A low-fat, plant-based diet influences nutrient intake and body composition in several ways that affect insulin sensitivity. Because low-fat, plant-based diets are low in fat and high in fiber, they typically result in reductions in total calorie intake. This results in a consistent weight-reducing effect that has been shown to affect sugar control. Also, a reduction in total fat intake (particularly the proportion of dietary saturated-to-unsaturated fat) and intake of low-glycemic index and high-fiber foods has been shown to increase insulin sensitivity. Finally, plant-based, low-fat diets associate with reductions in iron stores that also increase insulin sensitivity.

Other studies also have found increased diabetes risk associated with high intakes of animal protein. For example, eating a diet high in animal protein leads to an earlier death compared with people who consume less, according to a study analyzing data from 6,381 American adults, aged 50 and older. Participants who ate the most animal protein had a five-fold increased risk of death related to diabetes. Those younger than 65 who ate the most animal protein had a 74 percent increased risk of death from any cause, and a four-fold increase in death related to cancer, during a follow-up of 18 years. Risks for death were diminished or absent when protein sources were plant-derived.

Finally, according to a study published in Nutrition & Diabetes, a low-fat, plant-based diet reduced pain associated with diabetic neuropathy. In this randomized controlled trial, 35 individuals with type 2 diabetes and painful diabetic neuropathy were assigned to either a low-fat vegan diet for 20 weeks or to a control group who consumed their “normal” diet. At the end of 20 weeks, the individuals in the vegan diet group lost an average of 14 pounds and showed greater improvements in pain measures, as compared with the control group, indicating potential for a plant-based diet in the treatment of diabetic neuropathy.