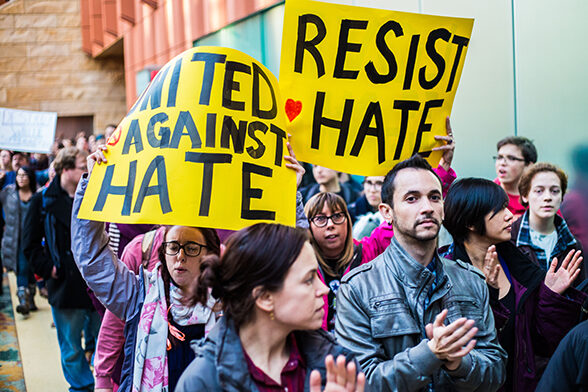 Do this. Don’t do that. Can’t you read the signs?

In the December 2016 issue of Michigan Today, I led with a story about alumni who had been student activists at U-M.

We had a judge, an academic, a university administrator, and two grad students, all of whom graduated between 1971-2014. All were African-American, and all had participated in movements re: civil rights, thus their presence on a Ford School program titled “50 Years of Civil Rights Leadership.”

The story was well-timed. The Ford School event took place shortly after the 2016 presidential election. Campus unrest had spiked as tensions flared and violence against “identifiable minorities” made local headlines. Students rallied and held a march to unite against the violence — not protest Trump, as many media outlets erroneously reported. Students carried signs that read: “United against hate,” “Resist hate,” and “You are not alone.” (Full disclosure: I did see at least one sign that said “This pussy grabs back…”) 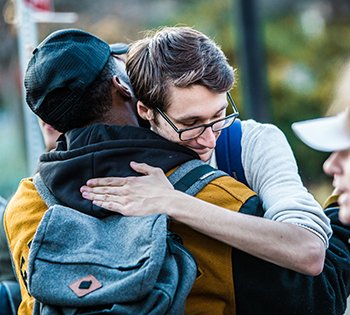 It seemed like an opportune time to shed light on the inner experience of the campus protester, so often derided by the majority and ridiculed in the press, especially today in the world of troll-infested social media. My goal with the story “Stand by me” was to remind people that, through the years, young people on college campuses always have questioned big ideas and societal norms, and have chosen to use their intellect, passion, and freedom to advocate for change.

They do this while attending class and making grades. More importantly, they do this with no reward and under extreme duress. They face organizational challenges, infighting, personal issues, external criticism, and emotional turmoil — all of which require skills beyond their collective life experience. One panelist attempted suicide, but continued to advocate for her cause from the hospital bed. Another developed colitis as a student, a condition she carried into life post-graduation. Whether it’s 1968 or 2016, student activists should be celebrated for their efforts, enthusiasm, and optimism, not decried for being spoiled and idealistic.

As with any story like this I expected alumni dialogue, positive and negative. Alas, most Michigan Today readers jumped right to the trope that “Kids today are overprotected snowflakes who need unprecedented coddling when they don’t get their way.”

This discourse is disheartening on so many levels. Student activists, even the contemporary ones, are not snowflakes. Quite the opposite.

I would hope Michigan alumni could embrace the concept that: “Unity,” as one panelist pointed out, “does not mean unison.” That, to me, is a far more compelling topic for dialogue.