I can hear music

My wife loves music. Most any music will do – she pops right up and starts dancing. And, boy, is she a great dancer. I love watching her, and I love dancing with her, although I look ridiculous next to her. Imagine playing golf with Tiger Woods. You can’t but help feel inadequate.

My wife plays music all the time. She tells me, “Music is medicine. Get into it, feel it, experience it, and let it do its magic.”

In fact, my wife insisted we play music for my friend who was in the ICU for months. (Fit for life: A personal story.) Even though my friend was unconscious for long periods of time, my wife insisted he could hear the music and that it would make him feel calmer and reduce his fear quotient. She was convinced. Of course, I said nothing at the time, but I was skeptical. Anyway, I liked listening. It helped pass the time.

This got me wondering if there was any credible research showing that music can be used for healing. When I began to dig into the research literature, past and present, I was surprised. I think you may be too. 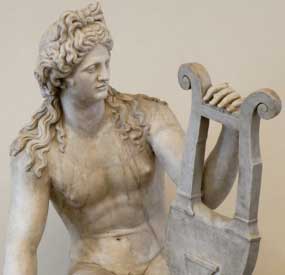 As I learned, using music for healing is one of the oldest branches in the field of medicine. Early records from ancient Egyptian, Babylonian, Ayurvedic, and classical Chinese documents show health practitioners incorporated music with medicine in what was termed “musical healing.”

The ancient Greeks valued the relationship between music and medicine as expressed in the god Apollo, whose gifts included both the musical and healing arts. The first use of the term “musical medicine” began with Pythagoras, the fifth-century philosopher-mathematician. The Romans are said to have used musicians in their battlefield hospitals as a form of anesthesia.

Neuroscientific studies show music therapy to be capable of influencing complex neurobiological brain processes that potentially can play an important role in various medical treatments. Also, clinical studies provide supportive evidence that music therapy can be effective for a wide range of medical issues, including the following:

The most extensive research on music’s role in medicine has focused on post-operative recovery. Most people undergo a surgical procedure at some point in their lives – doctors perform more than 51 million operative procedures in the U.S. every year. In England, more than 4-6 million hospital admissions per year lead to surgical care. Patients who have undergone a surgical procedure, with or without anesthesia, know the post-operative period can be difficult. It is often prolonged and painful as well.

Music to improve patients’ post-op experience has a long history in western medicine, including being used by Florence Nightingale, as described in her influential 1859 nursing book. 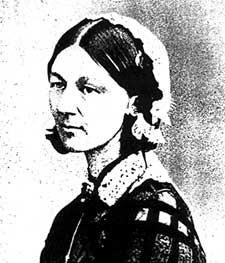 “I’ve witnessed the most remarkable ways in which music can help the healing process, the ways it can calm a patient or lift their spirits, or reach them when they seem locked in a place that no one else can access. It can soothe a staff member’s exhaustion or anxiety and let them refocus on helping a patient, and it can provide a connection for a patient’s family, perhaps bring back old memories and open pleasant topics of conversation. I’ve also seen the beauty that music has brought when nothing could save a patient’s life, as it eased the transition from life to death, coating above the sounds of medical machines.”
— Florence Nightingale

The first report of using music in the medical literature appeared in the Journal of the American Medical Association in 1914. Today, a search of the literature reveals more than 4,000 titles and abstracts of studies, including many randomized controlled trials, where different interventions were compared to differing choices of music (by patient and/or researcher), post-operative.

Analyses of many of these studies suggest that music played in the peri-operative (pre-operative, intra-operative, and post-operative) setting can reduce post-operative pain, anxiety, and analgesia needs, and improve patient satisfaction. However, no differences were reported regarding length of hospital stay, infections, wound healing rates, or costs, although a few studies measured these variables. No side effects of music therapy were identified.

Apparently, cognitive activities such as listening to music can affect perceived intensity and unpleasantness of pain, enabling a patient’s sensation of pain to be reduced. Another potential mechanism to explain music’s positive effects could be music’s ability to reduce autonomic nervous system activity, such as reduced pulse and respiration rate and decreased blood pressure.

People who have Autism Spectrum Disorder, Asperger’s Syndrome, childhood disintegrative disorders, or pervasive developmental disorders often show a heightened interest and response to music. This has been shown to aid in the teaching of verbal and nonverbal communication skills and in establishing normal developmental processes.

In older adults with Alzheimer’s, dementia, and other mental disorders, music therapy has been found to reduce aggressive or agitated behavior, reduce symptoms of dementia, improve mood, and improve cooperation with daily tasks, such as bathing. Music therapy also may decrease risk of heart or brain diseases in elderly dementia patients.

“Music can move us to the heights or depths of emotion. It can persuade us to buy something, or remind us of our first date. It can lift us out of depression when nothing else can. It can get us dancing to its beat. But the power of music goes much, much further. Indeed, music occupies more areas of our brain than language does – humans are a musical species.” — Oliver Sacks

In addition, there is evidence that music played to the womb during late pregnancy may lead to children being more responsive to music after birth. Soothing music also may help relax agitated newborns. Pre-term newborns exposed to music may have increased feeding rates, reduced days to discharge, increased weight gain, and increased tolerance of stimulation. They also may have reduced heart rates and a deeper sleep after therapy.

In several studies, music and poetry were both successful to ameliorate pain and depression related to oncologic pain, with music more successful for pain modulation.

Individuals with coronary heart disease (CHD) often suffer from severe distress due to diagnosis, hospitalization, surgical procedures, uncertainty of outcome, fear of dying, doubts about progress in recovery, helplessness, and loss of control. Such adverse effects put the cardiac patient at greater risk for complications, including sudden cardiac death. Music interventions have been used to reduce anxiety and distress and improve physiological functioning in medical patients with CHD.

In a recent study with 1,369 participants, music intervention had a small, beneficial effect on psychological distress. Listening to music had a moderate effect on anxiety in people with CHD and in people with myocardial infarction. Studies that used patient-selected music resulted in greater anxiety-reducing effects, reduced heart rate, respiratory rate, and systolic blood pressure. Studies that included two or more music sessions led to a small and consistent pain-reducing effect. Results also suggest that listening to music may improve patients’ quality of sleep following a cardiac procedure. A small number of studies pointed to a possible beneficial effect of music on reducing pain medication intake after cardiac procedures or surgery.

So it would seem my dancing wife is on to something: Music is medicine.We still have much to learn about why and how music can be used in different medical and health situations, but there seems little doubt, based on research evidence, that music can play a vital role to Health Yourself.

Have you experienced music’s healing benefits? Tell us in the comments section below.