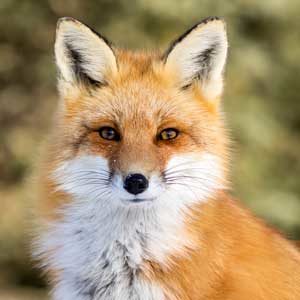 The march of letters

“The quick brown fox jumps over the lazy dog.”

In my adolescence, I was told this is the most efficient sentence to contain our entire alphabet. The nine words use 35 letters with, admittedly, some repetitions: two “h’s,” “r’s,” “t’s,” and “u’s;” three “e’s” and four “o’s.” Hey presto, we have included all 26 letters of the English alphabet, a pangram from “a” to “z.”

There are, in effect, several variations on the theme — but those who now take typing tests or align print fonts in rows have used this first formulation since time out of mind. On Feb. 10, 1885, The Boston Journal cited it as “a favorite copy set by writing teachers for their pupils.” Thereafter, dozens of papers and journals deployed the same 35 letters: “The quick brown fox jumps over the lazy dog.” 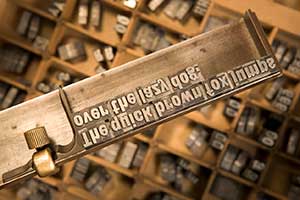 I learned this in “Shop” or, more precisely, in my junior high school printing class. All these decades later, I still can smell the ink we used, the wooden racks and metal fonts and turpentine-soaked rags. Painstakingly, while other students learned to cook or handle a jigsaw or potter’s wheel, a group of us would set the weekly Fieldston Newsby hand.

I can see the printing press on those late autumn afternoons, the flickering light bulbs, the stacks of paper waiting to be trimmed. I can hear the soft clicking of lead set in place, the loud clank and whir of the plates. I can touch and taste the smell of it: the stained blue smocks, the clatter of pulleys and pedals, the arm of the girl at my left. . .

Things change. The computer on which I now compose has a capacity that Gutenberg could not have imagined when, in 1453, he commenced to use moveable type. Now “Project Gutenberg” affords the reader access to almost all books in the public domain, and soon enough we’ll carry entire civilizations — the contents of the British Museum and the Library of Congress — in a single hand. We use a smart phone for “palm-reading” in a manner no fortune teller foretold. The printing press and linotype have gone the way of carbon paper, parchment, and quill pens. Where they exist, they do so as specialty objects, and those who preserve and deploy them are harkening back to a long-distant past. 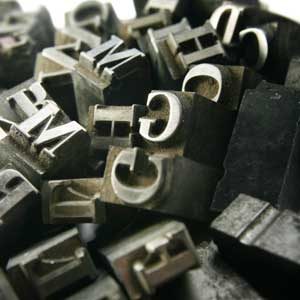 Even in the 1950s, manual typesetting was a shopworn practice, and I was thick-fingered, fat-thumbed. It would take me hours to produce a page. But there was a palpable joy in watching my articles take slow form, letter by letter accreting. It made me conscious of language as a physical entity, word by word and sentence by paragraph — the march of letters backwards on the sheet. Teehs eht no sdrawkcab srettel fo hcram eht.

Mirror, mirror on the wall, who’s the most facile of them all? To make a pangram into pentagram, we need only add that extra-terrestrial “E.T.” To make a manager of anagramwe change the “e” to “a.” To make a pangram into manager, we change the “p” to “e.” And so on and so forth. That clumsy child who mangled type was making words of swordor swardby changing an “o” to an “a.” Et set error. 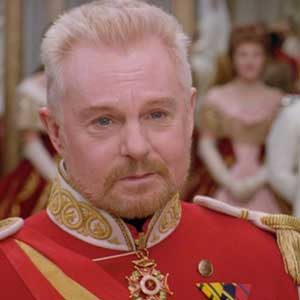 Though “word recognition” is much advanced today, you can see an example of alteration each time your phone employs “auto-correct,” substituting one word for another. It’s a problem the typesetter tries not to have when shifting a word from spoken to set. We work our way down the printed page and work our way up through the ranks.

This last word, too, is double-edged. When King Claudius declares, (Hamlet,Act III, Scene 3) “Oh my offence is rank. . .” he means both that he’s violated the proper hierarchy of things in ascending to the throne by killing Hamlet’s father, and that the deed stinks. There are two meanings equally to the word “offense”; one is approbative (as in “he went on the offense”) and one the reverse (as in “she took offense”). Usage varies. Context varies. To have a strong offense in football or war is not to be offensive, but it’s appropriate to fend offthat which offends.

Some of us are auto-didacts; others earn degrees. Some of us have private tutors; others go to class. (Note how the notion of a private tutorial entails the suggestion of “class”; it has the ring of anachrony, privilege, and, to a degree, of degree.) The very idea of an MFA “degree” in creative writing is recent and, in the history of art, aberrant — though some might disagree. And dis with an additional “s” means something else again.

I’m trying to suggest, of course, that our language shifts and shifts; it’s constantly reborn. A native speaker of English today would have no better chance of understanding the native speaker of English in 1017 than he or she would have of understanding a speaker in Oslo or Seoul. The Oxford English Dictionary— that arbiter of standards and repository of collective discourse — is always adding words or relegating them instead to the status: obs. Obsolete. Delete.