What are you putting in your mouth? 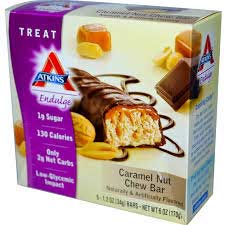 When I ask people if they know what they’re eating, they usually answer, “Of course I do. I eat food.”

Then I go one step further, and ask if they are sure they are eating real food.

“I couldn’t chew it, swallow it, or digest it if it weren’t food,” they reply. “Right?”

Many people exist almost totally on a diet composed primarily of fake/counterfeit foods, packaged and sold as real food.

Differences between real food and fake food can be subtle and confusing, even to the most discriminating eater. If what we eat does not meet food’s criteria — “an ability to sustain life, provide energy, and promote growth” — it’s fake, despite marketing propaganda that attempts to convince us otherwise.

As scary as it may seem, research suggests up to 90 percent of the money Americans spend on food is used to purchase fake foods. From a public health standpoint, this is terrifying, given the substantial link between fake food consumption and chronic diseases like diabetes, heart disease, metabolic syndrome, and some cancers.

The world of food has changed

Food is defined as: Any nourishing substance eaten, drunk, or otherwise consumed into the body to sustain life, provide energy and promote growth.

It wasn’t always this way. Our great grandparents ate seasonal, real, whole foods — not altered in any way. With each generation, diets have grown further and further away from this model. Chemical agriculture became widespread after World War II in response to revelations of worldwide hunger and starvation. Chemical fertilizers and pesticides replaced natural and organic farming methods in the hope of increasing yield.

The 1950s saw a boom in processed foods mainly due to the invention of the supermarket. No longer did people go to the butcher for meat, the baker for bread, or the farmer for vegetables. Canned and packaged foods prevailed. We no longer had a need to shop every day. We could go to the supermarket and buy for the whole week, or better, a whole month.

A new kind of farm 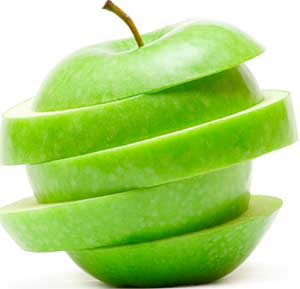 Coinciding with these changes, starting in the late 1960s, agriculture began to apply technology that made old-time farming look drastically different. Officials began to debate whether regulations should be in place to protect consumers and the environment, with little initial success.

BIG FOOD now controls our food supply from farm to table. Sales of packaged foods around the world have jumped year-by-year. In some countries, climate, war, or other factors have a significant impact on production of diverse, real foods. In some regions, processed-food consumption has increased by more than 95 percent!

Fruit-flavored cereal with a half-day’s added sugar is fake food.

Packaged and processed foods constitute most fake foods. Food processing represents the transformation of raw ingredients, by physical or chemical means into food-like substances, or, of food into other forms. Also, foods with health and nutrition claims on the label are often processed. And, foods prepared in quick-service and fine-dining restaurants, cafeterias and food courts, sports arenas, coffee shops, and other locations, are mostly processed.

Fake food, in comparison to real food, also can be defined by food-engineering criteria that include mass production, high consistency from batch to batch and country to country, specialized ingredients from specialized companies, pre-frozen macronutrients, use of emulsifiers, and prolonged shelf or freezer life.

Tricks of the trade

Below is just a partial list of some of BIG FOOD’s “tricks” used to manufacture fake foods. 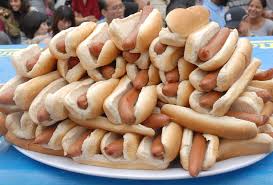 Elevated nitrates are found mostly in cured, packaged meat; they can predispose individuals to colon cancer.

How fake foods affect health depends on several factors, including their relative importance within a person’s diet. Compared to real food, fake food has a low number of vital nutrients, like carbs, proteins, fats, vitamins, minerals, phytochemicals, carotenoids, and enzyme Q10 (CoQ10 or ubiquinone) per number of total calories. This is termed a foods’ nutrient density. Also, compared to real food, fake food usually consists of large amounts of saturated fat, salt, or sugar and low fiber content per number of total calories.

Specific nutritional characteristics of fake food that predispose to deficiencies and disease include the following:

In contrast to fake foods, whole, real, and unprocessed foods like grains, vegetables, fruits, and nuts, associate with reduced risks and incidence of chronic diseases. Options for reduced risk are highest when one consumes moderate (or no) quantities of animal foods, salt, and added sugar.

In next months’ column, I will discuss other aspects of consequences of consuming fake foods as well as illustrate examples of fake foods that you may not know are fake.