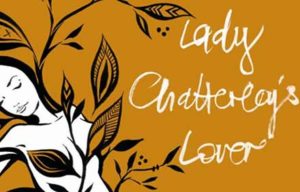 I was born in England, where Lady Chatterly’s Loverby D. H. Lawrence had been a long-banned book. First published privately in Italy in 1928, it appeared the next year in France and Australia, then elsewhere. Finally, a 1960 landmark court case declared it to be a work of art not pornography, and the unexpurgated edition of the erotic classic was published in Great Britain. Penguin Books, its publisher, sold millions of copies in short order, but my parents owned only the bowdlerized text.  (The word “bowdlerized” derives from the action of Thomas Bowdler (1754-1825), an English physician best known for having published TheFamily Shakespearewith all the suggestive or offensive language and “adult” matter removed.) This censored version was, alas, the one on our library shelves.

As soon as I was able to, at maybe 12 or 13 years old, I grabbed the book from my parents’ study and took it to my room and hid it — slim and gray and tantalizing — under my pillow. That night, with a flashlight, I read. But this was the fully bowdlerized text, and a peculiar one indeed. There were scenes such as “He watched her walk upstairs. . . .Later, over tea, they talked.”  Or, “Outside, in the garden . . . That afternoon the vicar paid a call.” (I’m not quoting directly from Lawrence, but all those absent sex scenes left this almost-adolescent with a wildly inaccurate impression of the book.) The ellipses, of course, were what I was after — rhapsodic sex in a bedroom or meadow — but these had been excised by the British censor and left to my unlettered schoolboy imagination. If you have yet to read it, Lady Chatterly’s Loveris a very short novel indeed, and it chronicles the social and economic conditions of life in an English mining town. 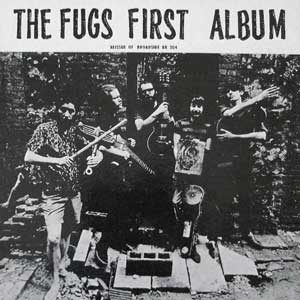 As recently as Norman Mailer’s The Naked and the Dead(though 1948 no longer feels all that recent), the characters swore fugand not our full four-letter word. The New York Times, National Public Radio, and other high-toned venues still observe that prohibition, but more recent editions of Mailer’s novel print “ck” where once there was “g.”

New York-based poets Ed Sanders and Tuli Kupferberg formed the band the Fugs in 1964, tipping their caps to Mailer’s coinage as an act of irony. You have only to hear a rap or rock star today to recognize how utterly the language of lyrics has changed; what once seemed daring and transgressive has now become routine. Book and movie titles can safely print what once was called obscenity and subject to prosecution; though radio stations and network television shows still use a “bleep” to block four-letter words. They fool none of their listeners and will, I’d guess, drop that convention soon.

In a recent first-rate Op-Ed piece in The Michigan Daily (Feb. 6, 2017) LSA junior Jon Rubinstein describes the obscenities routinely hurled by sports fans at opposing players in football, basketball, and hockey games. He begins with this scenario:

“Imagine sitting in lecture. Your professor is doing his job, going through the slides as usual, when a student decides to stand up, point at the professor, and yell, ‘You suck, bitch! And your mother thinks you suck! And you’re a prick, bitch, whore!’ Now imagine all 300 people in the lecture decide to join in, and everyone is suddenly pointing and chanting insults.”

Pretty quickly, a chorus of four-letter words can grow boring, dull, or lose the power to shock. Yet vulgarity, as many artists and critics have observed, is one of the ways our language stays vivid, and exuberant obscenity is proof that it still lives.
As a professor who never heard that language in his classroom, I can only be glad and grateful the scenario’s imagined. I don’t know how I would have reacted to a question filled with four-letter words or whether I’d have felt entitled to fill in the blanks of “F-You.” But, as Mr. Rubinstein correctly states, this sort of language is sanctioned in a football stadium or basketball and hockey arena; it’s common parlance there. “Common parlance,” in this context, means the opposite of elevated talk. The writer says he’s proud of the players, but not of those who jeer while they cheer.

All this has caused me to think again about what’s lost, what’s gained by our newfound freedom of discourse. Is “freedom of discourse” just a fancy way of saying “free speech” and should it be protected? What’s gained and lost by letting vulgarity into the “vulgate” — and are they cognate terms?  (The “Vulgate” was the 4thcentury translation of the Bible — largely attributed to St. Jerome — which became, by the 16th century, the commonly accepted and officially promulgated Latin version of the text.)

Pretty quickly, a chorus of four-letter words can grow boring, dull, or lose the power to shock. Yet vulgarity, as many artists and critics have observed, is one of the ways our language stays vivid, and exuberant obscenity is proof that it still lives. Look up a list of insults on your browser — most of them unprintable here — and you’ll see the way inventiveness can thrive. 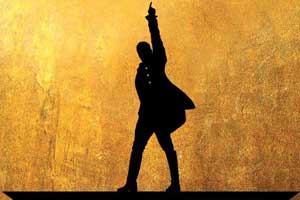 The toast of Broadway now — and justly so, in my opinion — is Lin-Manuel Miranda, whose Hamilton has shattered box-office records and brought our founding fathers blazingly back to life. It’s no great stretch to claim that Miranda does for the American past what Shakespeare did for long-buried kings, and he’s doing so in a manner not all that dissimilar from the innovative achievement of Avon’s bard. He’s mixing colloquial discourse and song and dance with abstract intellection. He’s making entertainment out of half-forgotten arguments and putting flesh on those old bones. The Federalist Papers — once a dreary staple of the reading list for high school students — now leap off the page and onto the stage, reminding us that dead white men can be reimagined as and reinvented by a talented cast of Latinos and African-Americans.

No one who sees or hears Hamilton now can fail to feel excited by the spectacle and sound of it. No one can fail to be moved.  To take the rhythms of the street and make of them a high-flying and sexually charged history lesson is to do something that D.H. Lawrence might have labelled “f…ing cool.”