Don't eat this, if you take that

On a per capita basis, the top five states with the highest prescription usage are West Virginia, Kentucky, Mississippi, Arkansas, and Louisiana. Michigan ranks in the top 10 when it comes to pharmacy-filled prescriptions.

Drug actions and interactions are variable

Children who take Adderall for ADHD, for example, should avoid taking it with apple juice or orange juice in the morning.
A drug interaction of any kind represents a situation in which a substance, condition, or a person’s disorders can affect a drug’s performance. In some cases, a drug’s effects may increase or decrease; an interaction may even produce a new or different drug effect. Most food-drug interactions cause serious side effects, unbeknownst to the individual consuming either one.

The interaction of foods and drugs is a common hidden problem little understood by patients and—in some cases—their physicians. The interactions between natural products and drugs are based on the same pharmacokinetic and pharmacodynamic principles as drug-drug interactions. For example, several fruits and berries have recently been shown to contain agents that affect drug-metabolizing enzymes.

Grapefruit is the most well-known example, but also oranges, pomelo (citrus fruit similar to a grapefruit), and star fruit contain agents that inhibit the most important enzyme in drug metabolism.

Here are some specific examples of food-drug interactions of which we should all be aware, especially if we are taking these certain medicines or have these specific conditions. 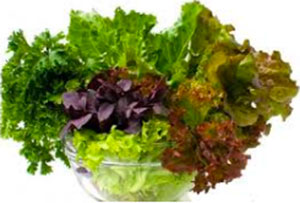 Foods high in potassium, like bananas, oranges, and leafy greens, interact with medications used to lower blood pressure (ACE inhibitors such as Capoten, Vasotec, and Lisinopril). Too much potassium can cause an irregular heartbeat and heart palpitations. High potassium levels can also interfere with kidney function, in those with chronic kidney disease.

Kale and other greens

Kale and other greens, including broccoli, cabbage, spinach, and brussels sprouts, are rich in vitamin K. High levels of vitamin K can reduce anti-blood-clotting effects of blood thinner medications like warfarin (Coumadin and Jantoven).

Grapefruit and other fruit juices 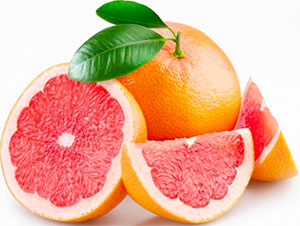 One of the most well-known food–drug interactions is grapefruit juice and reductase inhibitors, commonly known as statins, used to lower cholesterol and blood fat. Grapefruit juice, in large quantities (32 oz. or more per day), can inhibit enzymes that increase blood levels of statin drugs. Not all statins exhibit this interaction, however. The drugs most often affected include atorvastatin (Lipitor),simvastatin (Zocor),and lovastatin (Mevacor).Other statins, rosuvastatin (Crestor),pravastatin (Pravachol),and fluvastatin (Lescol),are less affected.

When grapefruit juice is consumed in combination with these drugs, there is an increased risk of statin-related side effects, most notably muscle toxicity, muscle pain and weakness, and worsening of asthma symptoms. There are other effects, too.

In contrast to grapefruit juice, dairy products high in calcium may cause a chemical interaction; this is different from the metabolic interaction that occurs with fruit juices. Calcium ions bond with different drugs, decreasing absorption and overall effectiveness. Bread and other foods enriched with calcium exhibit similar interactions. Bisphosphonates, like Fosamax,that are used to prevent and treat osteoporosis are especially problematic when taken with dairy products. 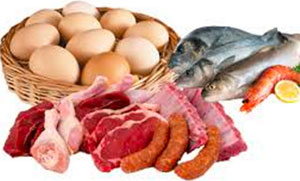 Consuming a high-protein meal and concurrently taking propranolol can increase the beta-blocker’s bioavailability. When propranolol is taken with protein-rich foods, there is an increase in bioavailability up to 53 percent. Significant and notable side effects can include nausea, abdominal pain, constipation, and increases in liver and kidney problems. 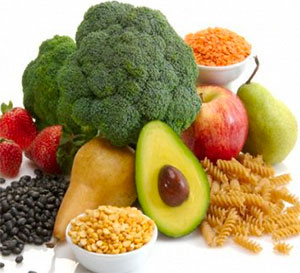 Fiber works to bind drugs, resulting in their decreased concentration. For example, patients with diabetes who try to decrease their cholesterol levels by eating high-fiber foods after taking Metformin (the most widely used medication for diabetes) might be worsening their diabetic control since metformin blood levels are decreased when taken with large amounts of fiber (>30 g/d) in many individuals.

Vitamin C and foods and juices fortified with vitamin C and other vitamins can interact with different amphetamine-containing drugs like Adderall, commonly used to treat ADHD, narcolepsy, and athletic performance.

Vitamin C-containing foods consumed concurrently with Adderall may impair gastrointestinal absorption of food. Children who take Adderall for ADHD should avoid taking these drugs with apple or orange juice in the morning. 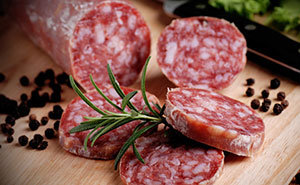 Licorice derives from the root of Glycyrrhiza glabra. The licorice plant is a herbaceous perennial legume native to southern Europe and parts of Asia.

Interestingly, much of the black licorice sold in the United States doesn’t contain any actual licorice from the licorice plant. Instead, manufacturers add anise to the candy to give it a licorice-like flavor. Real black licorice candy interacts with digoxin (Lanoxin),which is used to treat heart failure and abnormal heart rhythms.

The licorice root can cause pseudoaldosteronism, a condition of fluid retention from increased sodium retention. The syndrome can cause increased blood pressure, irregular heartbeats, and potentially dangerous heart rhythms as well as muscle weakness and, in severe cases, paralysis.

What you eat and drink can affect the way your medications work. Before taking any medication, it is important to know of any possible “food-drug interactions.” We need to keep track of the prescription and over-the-counter medicines we use, in addition to the vitamins, herbal supplements, and other dietary supplements we take. Unexpected side effects often come from unlikely sources.