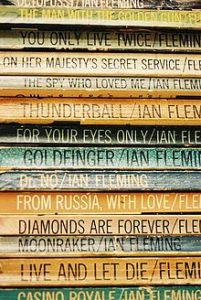 This phenomenon inescapably arises when the writer embarks on a series of books. James Bond won’t change, nor will Hercule Poirot. (Ian Fleming and Agatha Christie, I’d guess, did not know when they introduced their respective heroes that the public’s appetite would enlarge with feeding. Yet once their debut efforts proved popular, they continued to mine the same vein.) “Bodice rippers” and vampire novels follow a regular pattern; so does almost all children’s literature that constitutes a series, from the Bobbsey Twins and Hardy Boys to Angelina Ballerina and Captain Underpants. Indeed, the more successful a formula, the less likely it is to be changed. The dictates of commercial fiction make for rigid rules.

And these rules entail repetition; their song is not “As Time Goes By” so much as “Time After Time.” Ernest Hemingway is my example here. Himself once apprenticed to the prose styles of Sherwood Anderson and Gertrude Stein, he spawned a legion of write-alikes, and there’s an annual contest in his honor: Who looks more like Papa, who drinks more like Papa, who writes more like Papa today?

“In years to come, I came to think Hemingway foolish: a parody of ‘earnestness,’ a talent wasted, not fulfilled.” (What do you think?)
But even the actual author, in his incremental age, became a kind of mimic — writing, as though by rote reflex, what he had written before. The descriptive prose and dialogue of the elder Hemingway seem inadvertently parodic of the young innovative artist. At first he honed his language with precision and to a sharp edge; in the end, it grew empty and dull. The style became a kind of shadow-boxing, using the old moves. The clipped syntax and stichomythic speech and regular use of conjunctions did not change. As an act of self-imitation, it entirely succeeds.

My guess is that a computer, charting the sentences of the first Nick Adams stories, could not distinguish them from the syntax of such posthumously published and unfinished works as Islands in the Stream (1970) or The Garden of Eden (1986). But to compare the love scenes in Across the River and into the Trees (1950) with those of A Farewell to Arms (1929 ) is to recognize decline. What once was fresh grew stale. 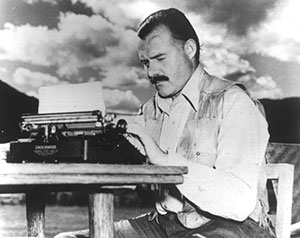 Like many other young men of my time, I admired Hemingway. I wished to emulate his prose style, his prowess with women and wine. The early novels and short stories seemed to me — they do so, still — original and brave.

When I heard the announcement of his death by gunshot wound (we would not learn till later that it had been a suicide), I mourned a lost leader. I was in Paris when the news broke in 1961, and walked the streets of the Left Bank, passing cafés he memorialized — the Café Flore, the Deux Magots — and drinking a coup de rouge in his honor at each pause. By the time I reached the Luxembourg Gardens, I was — to use a phrase from the old song — “walking ze wibberly-wobberly walk” — and I found myself surrounded by a legion of similar-minded acolytes. To “Papa,” we declaimed. “To him, to Hem.” Amen.

In years to come, however, I came to think him foolish: a parody of “earnestness,” a talent wasted, not fulfilled. There’s something of the spurned lover, perhaps, in the disdain I now express for that self-pitying yet self-aggrandizing author: always ready, as some wag observed, to lend a helping hand to someone on the ladder of success — as long as that person stood a rung or two above. By the time Hemingway’s success was unequaled — or rivaled only by Faulkner’s — he had become a model, not of excellence but the reverse: a writer who traffics in stereotype. His old people and children are cardboard cutouts, and his women look like cartoons. The author’s heroes are wholly heroic, his cowards entirely cowardly, his moral regimen a sham. Yet my present distrust of his writing should not obscure that once I found it fine. 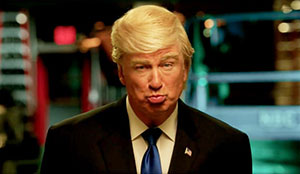 A singer catapulted into fame by a single song must face this problem with every concert and each enforced repetition. If your audience expects “American Pie,” how can you offer up instead a Charlotte Malakoff or Bananas Flambé? The Preservation Hall Dance Band, I’m told, would play any song their audience asked for except for the one most requested: “When the Saints Go Marchin’ In.” They had played it so often, early on, that it grew to be a curse, not a blessing. The signature performance will at some point shift to rote presentation. Witness the middle-aged star or starlet lip-synching in front of a crowd.

A comedian who can impersonate a celebrity or president has a particular skill: this way of pitching the accent and voice, that way of rolling the eyes. Alec Baldwin’s acting career — as the audience of “Saturday Night Live” can attest — has been given a shot in the arm by his dead-on impersonation of President Trump. (The gift of caricature and mimicry is in many ways a subset of the issue of imitation writ large. The closer you come to the moves of a model the more you earn applause.) The Elvis Presley lookalikes and Marilyn Monroe wannabes are a staple of our culture, and much in the world of entertainment and fashion does seem to follow a pattern set by designers before. Sequels are a staple of the movie industry, and a dance craze or a dress code is in one season, out the next, then back again. Here the matter of imitation has something to do with mass-production; it’s simpler and more profitable to toe a recognized line.

But every once in a great while a young artist, writer, composer, or fashion designer does establish a new signature. And the worlds of art and fashion and entertainment applaud.


Looking for a good book to read this summer? Check out these recommendations from LSA.