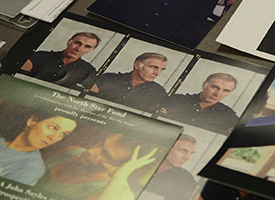 noun: a film made by artists who work outside the commercial mainstream, creating motion pictures of personal styling and expression, and usually produced without financial support or distribution from a major film studio.

Mass marketing of “indie” films may be quite limited, and it’s the lucky few that achieve widespread release. In some cases, studios forego general theatrical distribution altogether and look to the DVD market and digital streaming services, like Netflix and Hulu, to find an audience.

Many documentaries that employ these production strategies also are considered “indie” films.

Some of the most groundbreaking filmmakers who “created” the independent American film scene include Shirley Clarke (The Connection, 1961), Jonas and Adolfas Mekas (Hallelujah the Hills, 1963), John Cassavetes (Shadows, 1959), and John Waters (Mondo Trasho, 1969). More recently, writer-director-actor John Sayles (The Return of the Secaucus Seven, 1979; City of Hope, 1991) and offbeat director Jim Jarmusch (Stranger than Paradise, 1984; Paterson, 2016) represent the personal interests and working methods of indie filmmakers. Woody Allen, Quentin Tarantino, Robert Altman, and the Coen brothers — in a variety of different ways — have introduced mainstream audiences to several methods and traditions associated with the “special” world of indie filmmaking. 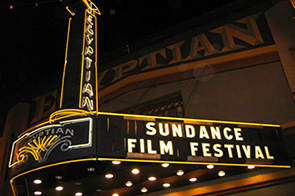 In 2010 the Sundance Institute, headed by actor-director Robert Redford, began taking the Sundance Film Festival to London. In the spirit of recognizing and extending the cultural importance of independent cinema, Redford announced: “It is our mutual goal to bring to the U.K., the very best in current American independent cinema, to introduce the artists responsible for it, and in essence help build a picture of our country that is broadly reflective of the diversity of voices not always seen in our cultural exports.” (C21 Media, Oct. 2010).

Ann Arbor’s glorious Michigan Theater serves as a primary venue for indie films and annually brings a direct-from-Sundance picture for screening as part of the Michigan’s Cinetopia International Film Fest. The 2017 entry was the comedy Wilson with Woody Harrelson and Laura Dern. 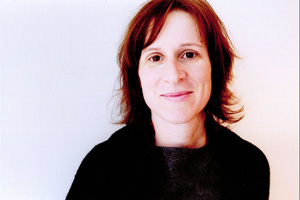 Kelly Reichardt is considered by many to be one of the finest, purest examples of contemporary indie filmmakers. Her reputation got a significant boost in April when the British Film Institute (BFI) Theatres honored her with a career retrospective. It’s a remarkable achievement since she has directed just six features.

The Criterion Collection, a home video imprint that licenses and curates important classic and contemporary films, announced in June that Reichardt’s most recent film, Certain Women (2016), was one of its new releases. I saw Certain Women earlier this year at the Michigan, and was in London during the BFI retrospective in April, where I saw Reichardt’s Old Joy (2006). These two films together represent outstanding, diverse examples of Reichardt’s narrative interests and cinematic styling.

Adapted from a short story by Jonathan Raymond, Old Joy premiered at Sundance in 2006. Following the structural form of a road picture and thematically reminiscent of a “buddy” film, Old Joy engages two young men — once close friends — in a 24-hour road trip.

Mark (Daniel London) and Kurt (Will Oldham) are at different stages in their evolving lives. Mark has embraced domesticity: job, house, wife, and a baby on the way. Kurt is still an unsettled, pot-smoking bohemian, and, in what seems his only major activity, travels a lot in search of connections. They reunite in Portland (where Mark is nesting and Kurt is wandering) and set out to find a special hot spring in Oregon’s Cascade Mountains. Mark’s wife, albeit reluctantly, encourages her husband to rekindle the friendship.

In the manner of Reichardt’s favored narrative approach, plotting in Old Joy is secondary to character and nuanced emotional interplay. The journey itself is best described as “meandering.” Long passing shots of the Portland suburbs and landscape scenery are underscored by the lyrical music of indie rock band Yo La Tengo’s original soundtrack.

Throughout the drive, an introspective Kurt carries on a solo commentary. He’s troubled by the changing world and his relationship to Mark. The dialogue continues through the night as the men get lost, get drunk, practice target shooting, and sleep in an abandoned campsite. Next morning, they find the hot spring, crack open some beers, strip naked, and settle back into the hot spring’s waters.

While Old Joy isn’t overtly sexual in the way of Brokeback Mountain, an unquestionable aura of sexual tension permeates the meditative and confessional film. Eventually Mark and Kurt part on a dark Portland street. In farewell, Mark says, “Awesome, man,” and drives away.

Daniel London (Mark) has described the essence of the film as like a “final parting” — two men trying to fill a void and rediscover an “old joy” which may never recur. Old Joy is a superb film for triggering conversation about male friendship. And it is beautiful to watch, thanks to Peter Sillen’s cinematography (shot on an old Super-16 mm film camera). He creates an idyllic and momentary haven for the old friends, capturing the forest and its creatures, gurgling streams, and noisy cascades.

The film is as powerful and personal an achievement as you’re likely to see. Working with a small cast and crew of mostly close friends, Reichardt — 43 at the time — said in a New York Times interview that Old Joy “was as private as you can get for a film. It had to do with us really knowing one another, feeling a general sadness and frustration with the world. It’s not something I could have made with a bunch of strangers.” (Dennis Lim, March 26, 2006.) Old Joy appeared on numerous Top 10 Best Film lists for 2006 and was named by some critics as that year’s best film.

The title of Reichardt’s sixth indie film is ambiguously intriguing. Is “certain” an adjective for women who are self-assured, certain of themselves? Or might it be more literal: A film in which a certain number of stories have been selected for a composite narrative treatment? I think Certain Women can fit into both interpretations. 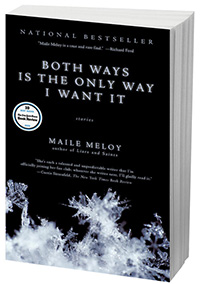 Reichardt’s film is that of a collective story construct in which three brief narratives are bound in time and space. Set in Northwestern Montana, segmented slice-of-life views of three women unfold over a few weeks’ time.

The pieces are adapted from a short story collection by Montana native Maile Meloy— Both Ways Is the Only Way I Want It (2009). The 11 stories in that volume earned praise for their “emotional power and the clean, assured style” in their treatment of the everyday lives of small-town people.

Capturing the tenor of Meloy’s fiction, director Reichardt’s screen adaptations are minimalist in plot, beginning with the story of Laura Wells (Laura Dern), a 50-ish lawyer, dealing with an unhappy client (Jared Harris) who’s lost an injury claim. The more he is dismissed by Dern and other attorneys, the more unhinged Harris gets. He tracks down a file that could clarify his injury claim, returns to the law firm, and takes a security guard hostage at gunpoint until Dern is able to help the police capture and arrest him. Plotting in the segment is secondary to revelatory, contemplative cinematography.

Certain Women then segues into another story that lacks the kind of traditional devices for which mainstream films are known. Gina Lewis (Michelle Williams) is a wife and mother who harbors the longstanding desire to build a cottage on a piece of Montana land she owns with her husband. Gina only wants to use native materials in construction, and is frustrated by her husband’s resistance. We watch as the couple disagrees on parenting issues, and are not surprised when we learn the husband is in a secret relationship. Gina’s hopes for her cottage suddenly move forward when an elderly neighbor (René Auberjonois) gives her some Montana sandstone block, which she had sought to purchase. This segment concludes, simply, with Gina and her husband hauling away the sandstone.

In the third Meloy adaptation, Beth Travis (Kristen Stewart) is a young, hassled lawyer who needs money to supplement her meager income. Each week she makes an eight-hour round trip to the small town of Belfry, where she teaches a night class. Intercut with Beth’s classroom scenes are shots of Jamie (Lily Gladstone), a ranch hand on a nearby farm. Jamie’s routine chores are filmed in a lovely long-shot, documentary style. In Belfry one night, the lonely ranch hand joins Beth’s class and initiates a tenuous friendship, only to be crushed when Beth quits teaching the course. This unrequited quest for companionship offers the most mesmerizing and heartfelt moments in Certain Women. And its treatment shows off director Reichardt’s gift for melancholic, slow-paced filmmaking that is at once both minimal and altogether engaging.

Meloy’s simple but compelling stories are perfect material for a filmmaker who is willing to let an observant camera, abetted by fine acting, do the job of transitioning fiction to the screen. Each of the three stories flows seamlessly into the other, forming a Montana-located “whole” that the insertion of chapter headings would have undercut. Although the women are shown briefly passing through one another’s narratives, each of the characters’ stories remains discretely their own.