What we keep, what we give away

My wife and I have recently sold our family house in Ann Arbor — a place we raised our daughters and lived in for 32 years. We “downsized” with regret, but it was time to move. Both of us have recently retired from U-M, and our children — now on either coast — have children of their own. Like many other retirees, we moved to smaller quarters, and part of the process of relocation meant reducing our number of books.

Is there a book you would never discard? Do tell.
The number was large. I’ve published 30 books of my own and edited a dozen more. My wife, Elena, also has published a novel and edited several volumes of the work of others. My younger brother writes non-fiction; our elder daughter wrote a novel that was published as well. These were books I had to keep.

In the way of the profession, I get sent prose and poetry by friends and students or for review; and when I judged such national contests as the Pulitzer Prize or the National Book Award, several hundred hopeful entrants arrived at the doorstep each year. Add to that the titles purchased out of present interest or retained from college days, and soon enough a library accumulates to thousands of volumes — five thousand or so, in this case.

One way to distinguish an “old” from recently constructed house is in terms of built-in bookshelves. Ours had several of them, and we built several more. (The contemporary “McMansion” is almost sure to have an entertainment center and a wall-size television screen, but the “library” or “den” these days will only rarely have a floor-to-ceiling bookcase provided by the builder. So for our new apartment I was forced to edit and excise, to sell and donate and “de-accession” a multitude of books.

It wasn’t fun. I couldn’t bring myself to part with those that had personal meaning — signed volumes from dear (alas, often dead) friends — or books I planned to read again or hadn’t yet managed to read. There were certain touchstone texts (the plays of Shakespeare, the novels of Faulkner, the essays of Montaigne, etc.) that I simply couldn’t discard. But one volume caught my attention as I was boxing “rejects,” and when I turned its dog-eared pages the distant past returned. 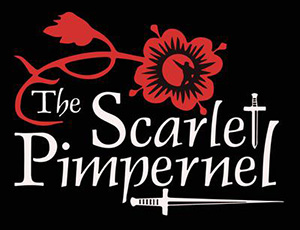 In the Fieldston School, in Riverdale, N.Y., the ninth-grade English teacher was a man by the name of Dean Morse. My image of him is clear but blurred: youngish, wearing glasses and a Harris tweed jacket and brown polished shoes. Though to my adolescent eyes he seemed august and well-established, I imagine he was not yet 35. Most of the faculty at Fieldston had been teaching there for years, and Mr. Morse was a relative stranger. I don’t think he lasted all that long and don’t know what became of him or if he remained in the “trade.” I was his student in the sense that there were 20 of us in the room, jockeying for position and hoping turn by turn to earn or escape his attention.

All this happened 60 years ago. But I remember, vividly, a conversation we once had.

The Scarlet Pimpernel, by Baroness Orczy, was published in 1905. A best-seller of the period, set in the brutal aftermath of the French Revolution, it compelled my youthful admiration. So did the movie version starring Leslie Howard and Merle Oberon (1934). A kind of precursor of Clark Kent and Superman, the pimpernel was a seemingly-vacuous English nobleman who in fact worked as the daring secret rescuer of blameless French folk in distress. His indolence was a disguise, his heroism real. His wife thought him superficial; there were romantic depths. As a boy, I dreamed of great adventure, and I’d pop up behind the couch in my parents’ living room, or emerge from behind a half-closed door to declaim: 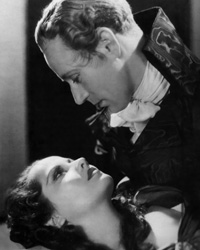 They seek him here, they seek him there
Those Frenchies seek him everywhere.
Is he in heaven or is he in hell?
That damned elusive Pimpernel.

I loved the book. At semester’s end, a group of us went on a school-supervised camping trip to Lake Saranac in upstate New York. Paddling inexpertly in the constant rain, we yawed our way from cove to cove and set up camp in a series of lean-tos. Mr. Morse served as our no-doubt reluctant chaperone. That night, around the campfire — after we’d eaten the near-raw hamburgers, burned hotdogs, and scorched buns and washed them down with lukewarm coca cola — I told our group of the Pimpernel’s brilliance and quoted my quatrain. “They seek him here, they seek him there…”

“It’s a great novel,” I said. Our teacher disagreed. I went on and on, or so it seems in memory, perorating on the excellence of Orczy’s text, until finally he took off his glasses and, wiping them, said, “Read it again.”

That summer I tried to. Mr. Morse was, of course, right. The Scarlet Pimpernel bodies forth the very essence of escapist fiction. It’s a bodice-ripper. It candy-coats reality. It’s full of coincidence and unearned attitude and empurpled prose.

Have you ever revisited a favorite book, only to be disappointed?
Clearly there are certain texts that appeal to the young and the mature reader equally — think of the work of Lewis Carroll, Charles Dickens, or Mark Twain. There’s much entertainment value in “the Pimpernel”; it’s a perennial crowd pleaser, with its swordplay and narrow escapes. (Witness the more recent movies and television serial and Broadway show of that title. An audience still “seeks him everywhere” more than a century after the dandy’s fictive birth.) That I dislike the novel now should not gainsay that once I found it fine.

But my teacher’s soft impeachment has stayed with me through all the decades since. It was one of my first lessons in the art of reading and, by extension, writing. Whether or no he’s still alive to register my thanks, Mr. Morse deserves them. The distance between the 11-year-old who first applauded Orczy’s work, and the 14-year-old who learned to dismiss it is the distance, in effect, between the unlettered and instructed reader.