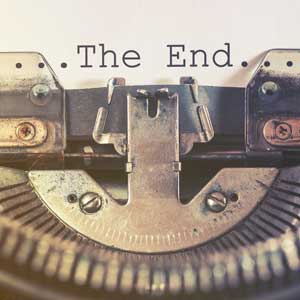 The creative artist never fully knows, at project’s start, if it will reach fruition — if the shape at first envisioned will be its final shape. That’s why the year-end title of these lines, “In conclusion,” is in fact misleading; it doesn’t feel as if a book is done but only that it’s been relinquished, with no conclusion reached. And even if you come to feel that what you’ve done is perfect, or as close to perfection as you can come, there’s the certain knowledge that some flaw is hidden, or disguised, a pattern in the carpet where the stitching shows.

There are formulaic writers who provide themselves a template and, with a greater or lesser degree of success, continue and repeat. Such formulae resemble the procedures of a “Paint by Numbers” program, or instruct you to “Fill in the blanks.” But it’s not as though the making of a phrase or scene can be a puzzle which, once puzzled out, gets permanently solved. To repeat a scene or sentence is not to repeat a solution, since the problems change. Neither Tic-Tac-Toe nor the Rubik’s Cube describes the challenge of a paragraph; there’s no one way to build it, no single right answer or way to proceed.

Rather, each time we start again we start afresh. I’m no expert at liposuction or real-estate law, yet I imagine that the skills of surgery and litigation can — after years and decades — start to feel repetitive. Once you’ve mastered such procedures you hope not to be surprised. The difficulty confronting you will be at worst a subset of a long-familiar whole. But surprise is the writer’s constant companion. Without it, the work languishes and gets performed by rote. Each sentence is a riddle, each paragraph a test. So more than 50 years after my first book-length publication, I’m still in some sense a beginner, and every morning’s challenge (in Ezra Pound’s great phrase) is to “make it new.” I’m aware of my ability to bring a book to completion, and not fearful of the daily task, but no more certain now than then that what I’m working on will gain other people’s attention, or deserve to.

This is ‘the end’

The Japanese artist Katsushika Hokusai (1760-1849) is said to have said, of his painting: “At 73 I learned a little about the real structure of animals, plants, birds, fishes, and insects. Consequently when I am 80 I’ll have made more progress. At 90 I’ll have penetrated the mystery of things. At 100 I shall have reached something marvelous, but when I am 110 everything I do, the smallest dot, will be alive.”

“In conclusion,” therefore — that welcome moment when a speaker signals that a speech draws near to closure — I want to assert there’s no real conclusion. A hiatus, yes, a pause certainly, a drawing in of breath and grateful exhalation, but not the end of learning how to shape a book. Which is, or should be, a lifelong process, a procedure begun in childhood and continued from cradle to grave. The writer who believes there’s nothing left to learn is one who should lay down his pen or turn off the computer. The one who claims full mastery is lodging a false claim.

The end, my friend 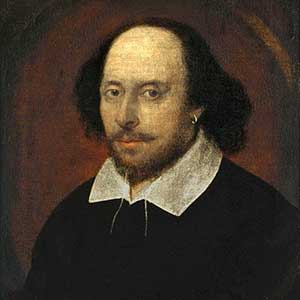 Consider the last couplet of the great English playwright’s last play. Though it’s possible, even probable, that Shakespeare wrote some scenes and lines thereafter, his career came to a close with the curtain on the first performance of The Tempest in November, 1611. That play’s central figure, the magician Prospero, provides an exit line for every author since. When he comes out on stage alone to ask for and receive applause, he says,

“As you from crimes would pardon’d be
Let your indulgence set me free . . .”

No clearer epilogue than this; no lines with more resounding finality. Yet one can wonder nonetheless which freedom the magician and his creator aspired to: what it meant to be “set . . . free”? Does the speaker wish to return to an imagined Naples or Milan, or — in Shakespeare’s case — the actual Stratford-on-Avon? Does he plan to go backstage and “retire” to the Tiring House, (that small structure behind the Globe) in order to change costume and go out on the town for a drink? Does he ask for “your indulgence” with a wink and nod or true humility?

Much of the speech contains religious imagery (“And my ending is despair/ Unless I be relieved by prayer/ Which pierces so that it assaults/ Mercy itself and frees all faults”), but does the playwright here declare a formal faith? Will Prospero start a new career, or resume his old honored position as Duke? The “revels now are ended,” yes, but is it necessarily the case that “Every third thought shall be my grave”? Did he truly mean, as at the close of Hamlet, that “The rest is silence”? There’s the sense of completion, and a request for approval, but are the terms of the simile correct and does the comparison hold: Has the previous play been a crime?

Early on in The Tempest, the man-beast Caliban — an anagram for Can(n)ibal — tells Prospero: “You taught me language, and my profit on’t/ Is I know how to curse. The red plague rid you/ For learning me your language!” This too is pronounced, I’d guess, in the ironic mode, because that curse had been a blessing for the bard. No one has ever written with a greater range of discourse or engendered more delight in it; no writer instructed us more. We are his students, all. What he taught himself 500 years ago is what we continue to learn.

Yet one need not imitate Shakespeare (who is, in any case, inimitable) to assert that such direct address — the actor in front of an audience, standing stage center and confronting his patrons directly — is the proper way to close. “This rough magic I here abjure,” he had promised earlier, in the renunciation scene where Prospero gives up his spells and drowns his book. Great thanks it was recovered, preserved, and passed on.