In defense of writing 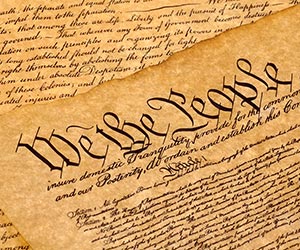 Writing matters. Why? This is not a rhetorical question, and the fact we need to ask it may come as a surprise. But for reasons large and small it remains a question in contemporary culture, and one that should be answered. That a book has pages, and that the pages contain words built out of letters seems self-evident, a thing we take for granted — like electric light or running water or the need for heat in winter.

It was not always so. Writing is the junior sibling — the great-great-grandchild, even — of speech. Shouts and screams came first. Unnumbered eons passed before the sounds that men and women make became a sound transcribed. A murmur or a growl or pointed finger or chest thump sufficed to beguile an intimate or to warn an enemy. Only long years later did the words I love youor, Keep your distance, stranger,take shape as articulate discourse. And all of this was fleeting; before the invention of writing, spoken language could not last.

Writing matters. Why? Although symbolic utterance was with us as a species since the dawn of what we call “recorded” time, the act and fact of writing is more recent than that of pictorial art. Nearly 40,000 years ago the clan in Altamira in the north of Spain learned to decorate their rock-roof with images of bison, but the letters b-i-s-o-n had not as yet been formed. Indeed, our ability to picture a horseor cowor houseor crowbecause of an agreed-on-arrangement of letters is a gift that keeps on giving; it’s imagination linked to knowledge and a central mode of growth. It’s one of the ways we preserve our shared culture, a signal to the future and a record of the past.

So somewhere in some distant place and ancient time some someone made a mark on stone or wood or ice or sand and somebody else understood it and the process of writing began. It’s been with us ever since. We may “read” the tides or clouds or tracks of game for what they say of water or weather or the likelihood of food. A pattern of hooves or alignment of rocks may tell the experienced hunter which way to look for sustenance or shelter, but a sign that reads “McDonald’s” or “Welcome to Kansas City” requires, of its witness, a different kind of skill. The gift of literacy is one we have come to rely on and as a species prize. The elders of the tribe still school their children carefully in A,then B,then C…. 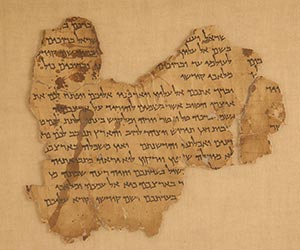 A portion of the Dead Sea Scrolls.

Writing and reading are, of course, two sides of the one coin. The latter depends on the former; the former makes no difference where the latter ability does not exist. Those words describing its absence — illiterate, analphabetic, abecedarian, etc. — are terms of pity if not shame. Conjoined, however, the two skills herald learning, and it’s no accident that burned or banned books assault the very notion of education itself. To hold an object in one’s hand that shapes a collection of symbols in recognized sequence, and to read those lines aloud or in reverential silence is — and has been long acknowledged as — a mark and marker of civilization. It’s one of the ways we distinguish ourselves from animals or plants. To paraphrase Descartes (or offer up a variation on his theme), “I write, therefore I am.”

Like the carpenter or blacksmith, that member of a clan who could decipher written texts had a particular function and was set apart. In the inner temple or the council house, the one who could read signs or portents was one who commanded respect. And ownership or stewardship of other people’s writings was seen as doubly special, a mark of high-born status. To possess a book and be empowered to read it was once a sign of privilege, of wealth and social standing. The “personal library” used to belong only to the chosen few: scholars or clerics or kings.

And one of writing’s crucial components is, in effect, that of outreach. It permits communication with someone far away or in another time. A distant stranger or a loved one may acquire information, once it’s written down. You don’t have to know a person “in person” to benefit from their experience, or to take instruction from a page. This is why, perhaps, the burning of the library in Alexandria (in 48 B.C.) remains a scar in our collective consciousness and on the body politic; it heralded collapse. Five centuries thereafter, the so-called “dark ages,” went dark in part because the few remaining books were hidden, unavailable, and the “renaissance” or rebirth of European civilization came about in part because old texts were rediscovered and brought again to light.

Get it in writing 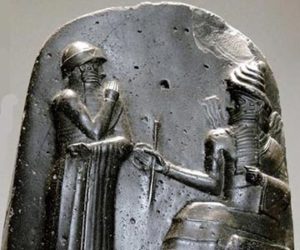 King Hammurabi receives the Code of Laws from Shamash, the Babylonian god of justice.

Although oral traditions are central to the transmission of culture, it’s also true that the oral tradition has been supplanted by print. Where once we passed on knowledge by reciting it, and memorizing what was said, we now have the additional resource of written wisdom preserved. To nullify an oath or treaty is harder when the treaty or oath has been signed. If — to take only a single example — our Constitution were a verbal agreement, and not set down on paper, it would have small present claim on our judiciary. Hammurabi’s code (a tablet in the Akkadian language inscribed in cuneiform for the sixth Babylonian king nearly four thousand years ago) established the value of goods and penalties for bad behavior because it was chiseled on a black stone stele. The Dead Sea Scrolls inform us of the mores of those who read them, just as they informed their readers of a system of belief. When Moses came down from the mountain with the Ten Commandments, they were — or so the story goes — incised on slate; when Martin Luther objected to aspects of Catholic practice, he put those objections in writing and nailed them to the Wittenburg church door.

The sacred scrolls and secret texts of almost every culture share the fact of being written, no matter with which symbols or in which alphabet. When a line has been transcribed to paper or parchment or marble it lays claim to consequence. Written language has a gravitasonly rarely accorded to speech.