Making of a masterpiece 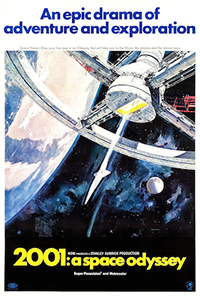 Most breakthrough films arrive on the silver screen after complex journeys fraught with creative and financial travail.

New York crime bosses founded the Italian-American Civil Rights League as an organized effort to fight against the making of The Godfather (1972), for example. Meanwhile, Paramount executives wrote off cinematographer Gordon Willis’ low-key, noir lighting as unpleasantly murky; editor Aram Avakian complained that “the film cuts together like a Chinese jigsaw puzzle”; and, at just 29 years old, director Francis Ford Coppola lived in daily fear he would be fired.

It’s hard to believe now, but filmmaker George Lucas struggled with technical-effects issues brought on in part by a skeptical production crew that thought his neo-space opera Star Wars (1977) was pure “folly.”

In addition, critics, filmgoers, and Warner Bros. executives initially were turned off by the slow pace and narrative complexities of Blade Runner (1982). Ridley Scott’s neo-sci-fi film evolved over several iterations and would have to find its cult status by way of video rentals and DVD distribution. The first version of the film in which director Scott exercised full artistic control didn’t come until 2007 when a digitally remastered version of Blade Runner arrived for the film’s 25th anniversary.

2001: A Space Odyssey (1968) hit screens before any of these three epic films, and arrived in theaters as the most complex and challenging motion picture made to date. The film — funded by MGM — contained more than 200 special-effects scenes, a remarkable achievement in the pre-digital era. Director Stanley Kubrick, a meticulous and brilliant filmmaker (some said “despotic”), held the reins of 2001’s making from beginning to end. During its creation, he demanded, and won, absolute secrecy — no production stills or other pre-release publicity existed. Outsiders not privy to what was happening on Kubrick’s soundstages referred to the project as “that mysterious film.” Even the picture’s working titles gave scant hint of its content: Gift from the Stars and Journey Beyond the Stars.

2001: A SPACE ODYSSEY commonly appears in rankings of the five greatest films ever made. Would you agree? Tell us about the first time you saw the film in the comments section below.

A deeply paranoid Kubrick obsessed about other filmmakers stealing his conceptual content and complex production designs. But when publicity and marketing executives at MGM griped about the director’s obstinate secrecy, studio president and CEO Robert O’Brien warned: “Leave Kubrick alone.” Thus, the auteur effectively avoided the end-game executive meddling that would befall The Godfather and Blade Runner; and while 2001 generated numerous crew concerns about the ins-and-outs of creating Kubrick’s expansive space odyssey, none called it a “folly” as would happen with Star Wars. Many did become unduly stressed, however, as they worked against tremendous odds to finish the film on time. Alas, they wouldn’t.

Now, 50 years since the premiere of 2001: A Space Odyssey, comes a compelling book about the four-year period (1964-68) during which it was made. I’ll say up front that the book is by far the best, most informative, and engaging account of the production of an artistically complex motion picture I’ve ever read. Author Michael Benson’s Space Odyssey: Stanley Kubrick, Arthur C. Clarke, and the Making of a Masterpiece (Simon & Schuster, 2018) embraces the unextractable collaboration between a visionary filmmaker and a brilliant writer who helped define science fiction’s golden age. Benson’s detailed book employs a chronological structure as it follows 2001’s creation from conception to controversial release, concluding with an overview of the movie’s storied aftermath. Young filmgoers gravitated toward 2001’s cryptic meanings and surrealistic imagery with a passion while older audiences often responded with catcalls and walkouts.

Thirty-six-year-old Kubrick, riding high on the much-heralded critical and popular success of his satire Dr. Strangelove (1964), turned immediately to the development of a space adventure that would span time from “the dawn of man” to the year 2001, when a lunar team discovers a black monolith on the moon’s surface. In space narratives, monoliths are machines built by an unseen extraterrestrial species. In 1964, Kubrick began lengthy development sessions with futurist author Clarke, best known for two classics: Childhood’s End (1953) and The City and The Stars (1956). Clarke’s novelette The Sentinel (1948) served as 2001’s basic starting point. Hollywood optioned five other space stories by Clarke as the screenplay developed. Interestingly, these sci-fi narratives were fashioned by Kubrick and Clarke into a fictional novel, to serve as a production guide for publication at the time of 2001’s release. Kubrick worked closely with Clarke in this unusual development process, telling him, “If you can describe it, I can film it.” (p.70) 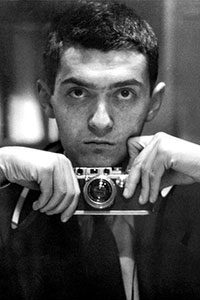 “Now the turning wheels of light merged together and their spokes fused into luminous images that slowly receded into the distance. They split into pairs, and the resulting set of lines started to oscillate across each other, continually changing their angle of intersection. Fantastic fleeting geometric images flickered in and out of existence as the glowing grids meshed and unmeshed, and the humanoid watched from his metal cave — wide-eyed, slack-jawed, and wholly receptive.” (p.75)

In the pre-production stages, Kubrick embarked on expansive research, even exploring “mind” experiments conducted at the Massachusetts Mental Health Clinic by Dr. Walter Pahnkes. Kubrick wanted to know if any of Pahnkes’ subjects “had passed through a kind of Star Gate — a trip beyond the infinite.” (p.100) In 2001, effects artists rendered Star Gate as a lengthy, psychedelic event experienced by Commander Dave Bowman as he passed into Jupiter’s “infinite space.”

In 1965, Kubrick relocated from New York City to England, thereafter making the U.K. his permanent home and workplace. In the U.K. he would continue to assemble an “impeccable” production and design team for shooting at Borehamwood (Elstree) and nearby Shepperton.

It’s at this point that Benson’s book comes to mesmerizing life. Every figure involved in the production — from Kubrick to tea-boy Andrew Burkin — is fleshed out by Benson with personal details that define each as a well-placed component in the making of 2001. Benson provides an engaging, anecdotal avenue to characterization as he chronicles the crew’s activities on and off the set. Especially notable are accounts of the cast and crew’s one-on-one interactions with Kubrick that most would later describe as “unique,” although they weren’t. Kubrick was simply a caring, congenial man.

Benson’s rendering of Kubrick reveals a totally committed, fully focused artist with an uncanny knowledge of all aspects of filmmaking. The author includes numerous candid snapshots of Kubrick wandering the studio stages with a standard Polaroid camera. It was the director’s unusual method of using black-and-white, two-dimensional optics for final scrutiny of the lighting design. Some observers estimated that Kubrick took as many as 10,000 Polaroids. During shooting, cinematographer Geoffrey Unsworth, a 25-year film veteran, declared Kubrick a “lighting genius,” telling 2001 publicist Roger Caras: “He knows more about the mechanics of optics and the chemistry of photography than anybody who’s ever lived.” (p.176) Quite an accolade.

Taken together, Benson’s richly detailed production and post-production chapters are essential reading for anyone interested in the complex relationship between film mechanics and film art. A key factor in Kubrick’s imagining of a “perfect,” fully realized space odyssey led him to incessantly tweak, shift, and refine aspects of 2001’s concept.

Kubrick faced countless self-imposed challenges, including the creation and mechanics of a rotating centrifuge set-piece, massive in size and complexity at 38 feet in diameter and weighing 30 tons. Similarly massive and costly was the development of a two-ton monolith set piece made from relatively new plexiglass material and painted black. The first monolith in 2001 appears in the “Dawn of Man” segment, discovered by a group of prehistoric humanoids. In addition, Kubrick and the actors struggled to find acceptable, believable resolutions to critical narrative intersections: the elimination of HAL, a computer with human consciousness; how to stage the deaths of Poole and Bowman; and how to realize Bowman’s climactic reincarnation as a Star Child. Also, adapting to the shooting of scenes on 65mm negative film for wide-screen Super Panavision proved tricky, resulting in flubs, mistakes, and costly reshoots.

The concluding chapters of Benson’s book are compelling as they detail the integration of special effects into the main-unit scenes shot at Borehamwood. Led by 23-year-old Doug Trumbull, the effects process is depicted as a laborious and tedious undertaking that did not allow for errors or mishaps. And there were yet other demanding tasks: casting, costuming, choreographing, and filming 2001’s opening segment “The Dawn of Man” in the Namib Desert; installing sonic effects and the musical score — mainly classical works chosen from old vinyl LPs; and finally cutting and editing the footage — done almost entirely by Kubrick on a Movieola.

There’s so much more to read, learn, and enjoy in Benson’s book than what I can describe here. Every chapter is superbly rendered. On its impact and historic import, Steven Spielberg is cited as proclaiming 2001: A Space Odyssey “the big bang” that inspired his generation of filmmakers. Here are a few other interesting facts from the book: 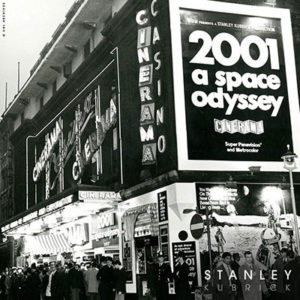