A Hall of mirrors 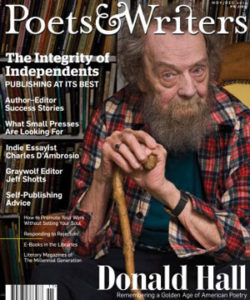 I’ve reached the age — something both to celebrate and mourn — where most of my masters are dead. The celebration is, of course, personal and private (“How did this happen?” I ask myself when seeing my face in a mirror or trying to keep up with my grandchildren). The mourning is public and shared. There’s much pleasure in extended life, much pain in the knowledge that long life must end — and though death is as certain as taxes, it still comes as a shock to tally up the legion of the lost.

Since the start of last year, for example, the following writers have died. I knew them each, either well or a little, and list them alphabetically in a roll call of what the late James Baldwin called “the royal fellowship of death.”

This column’s space is finite, and I can’t hope to do them justice individually. But a few collective assertions may be ventured here. First, the dozen names are male; had I included female authors, the list would bulk twice as large. Second, and with the exceptions of Polish-born playwright Janusz Glowacki and St. Lucian poet/playwright Derek Walcott, all were American; I don’t here include “foreign” writers, though they too passed away.

Collectively, they published well over a hundred books of poetry, prose fiction, essays, translations, memoirs, and plays. Their honors were legion: the Nobel Prize in Literature to Walcott, more or less every other available prize to Roth, and a clutch of medals and wide-ranging praise throughout. With the exception of Johnson (whose honors included the National Book Award and the posthumously awarded Library of Congress Prize for American Fiction), all were my seniors in age. Over the years, I brought or helped to bring Hall, Johnson, Mathews, Walcott, and Wolfe to Ann Arbor. All of them were glad to speak in public and interact with students, though both Kelley and Pirsig grew reclusive near the end. I’m tempted to memorialize each of these accomplished authors, but in the paragraphs that follow I will focus on Hall. 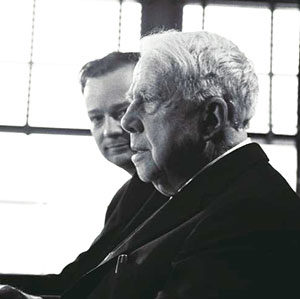 Donald Andrew Hall Jr. was born in Connecticut on Sept. 9, 1928; he died on June 23, 2018, at his beloved Eagle Pond farm in Wilmot, NH. By the time of his death, he had published more than 50 books of poetry and non-fiction. Hall was best known as a poet, becoming our nation’s Poet Laureate in 2006, but his literary reach was wide. Tireless, he produced essays and memoirs and books about baseball and plays; he wrote a biography of the sculptor Henry Moore (1966), and a splendid short collection, Remembering Poets, in 1978. Hall was an indefatigable entrepreneur in the world of poetry; he co-edited (with Robert Pack and Louis Simpson) an influential anthology, New Poets of England and America (1963), and wrote such children’s books as The Mooch (1981), Lucy’s Christmas (1994), and When Willard Met Babe Ruth (1996). Though it’s not yet been published, his correspondence bulks large. Like almost everyone who corresponded with this “man of letters,” I’d receive a letter in return — witty and practical, kind and urbane — almost on the instant. As he put it in his final book:

“Suppose I am the hundred-fifty-year-old maple outside my porch. When winter budges toward spring, I push out tiny leaves, which gradually curl yellowish green, then enlarge, turning darker green and flourishing through summer. In September, flecks of orange seep into green, and October turns the leaves gorgeously orange and red. Leaves fall, emptying the branches, and in December, only a few remain. In January, the last survivors flutter down onto snow. These black leaves are the words I write.”

Living by the pen 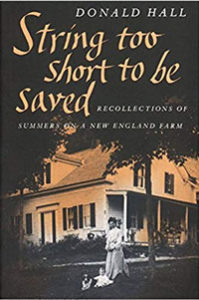 One of Delbanco’s favorites — about summers in New England.

Hall was my predecessor in the English Department and the Hopwood Room. He taught at U-M from 1957-75, returning to New Hampshire as a freelance writer, where he earned his living by the pen alone. “Striving to pay the mortgage in the late seventies and eighties, some years I published four books,” he said. For the University of Michigan Press, and on behalf of others, he steered dozens of volumes into print in the series collectively titled “Poets on Poetry”; he remained an enthusiastic promoter of the work of younger artists, including — principally — that of his second wife, Jane Kenyon. U-M’s Donald Hall Collection (named in his honor by Robert Shaye) hosts thousands of screenplays, videotapes, DVDs, and laserdiscs. His essays on farming and the seasons are classics of the kind; my personal favorite of his several collections is String Too Short to be Saved (1961), about summers in New England. But there are many others: Seasons at Eagle Pond, (1987), Eagle Pond, (2007), and Unpacking the Boxes: A Memoir of Life in Poetry (2008).

Nor did Hall cease, though somewhat slowed in old age, to compose for print. In 2014 he published, Essays After Eighty, and A Carnival of Losses: Notes Nearing Ninety came out just after his death.

Here are the first lines of his fine poem, “Affirmation”:

To grow old is to lose everything.
Aging, everybody knows it.
Even when we are young,
we glimpse it sometimes, and nod our heads
when a grandfather dies.
Then we row for years on the midsummer
pond, ignorant and content… 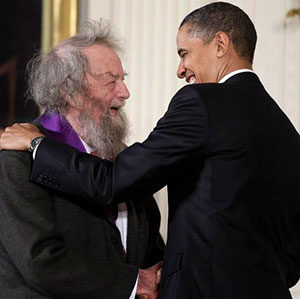 My first memories of Hall are of a man in his life’s prime, my last of him are wheelchair-bound. Once he had been an ebullient youth, “hanging out” with the likes of T.S. Eliot, Robert Frost, Ezra Pound, and Dylan Thomas; over time, he would displace them as the senior in the room.

There’s a photograph of the old poet, wild-haired and bearish, being awarded the National Medal for the Arts by President Obama in 2010. I don’t know what they were saying, what the elder told the younger when he received his ribbon — what wisdom he imparted or pointed joke he made. But to quote an even greater poet, William Butler Yeats, when describing aged artists in “Lapus Lazuli”:

Accomplished fingers begin to play.
Their eyes mid many wrinkles, their eyes,
Their ancient, glittering eyes, are gay.