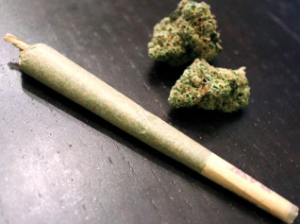 When the cannabis flower is ground-up and smoked using different methods, its ingredients (primarily THC) quickly diffuse to the brain and elicit a perceived high within seconds to minutes.

In my September 2018 column, “Cannabis and health: Part 1,” I described cannabis’ ingredients, outlined history of its use, and raised two questions regarding its potential medical benefits:

(2) Are there negative effects of cannabis use?

In this issue of Health Yourself, I attempt to answer these questions using evidence-based science.

In 1996, California voters passed Proposition 215, making it the first state in the union to legalize medical use of marijuana Thirty more states, the District of Columbia, Guam, and Puerto Rico have enacted similar laws.

Using the ratio of total patients to every 1,000 state residents and extrapolating to all 50 states, it is possible to estimate the total number of medical marijuana users in the country at approximately 2.6 million. This corresponds to a national average of 8.1 medical marijuana users per thousand people or 0.81 percent of Americans. For context, the number of Americans who ate a plant-based diet in 2015 comprised only 0.5 percent of the U.S. population (see my previous Health Yourself on whole-food, plant-based nutrition.) With the fact that plant-based food revenues continue to grow at 8 percent per year, the vast potential for profit in the medical-cannabis industry becomes clear. 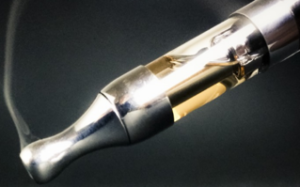 Vaping represents the process of inhaling the vapor produced by an e-cigarette or personal vaporizer that heats a liquid/chemical product (nicotine, THC-cannabis, etc.).

Potency. In the 1990s and early 2000s, most cannabis consumed in the U.S. was grown abroad and illicitly imported. Much of this was low potency. During the last decade or so, high-potency cannabis produced within the U.S. is increasingly common. In 1995, the average potency of marijuana was 4 percent. It’s roughly 12-30 percent now. The potency impacts the effects of relaxation, euphoria, and other systemic effects.

Since the late 1960s, the federal government has mandated that all marijuana used in research comes through the federal government – grown at a single facility at the University of Mississippi. The National Institute on Drug Abuse (NIDA) oversees the operation. Complaints from researchers indicate that federal marijuana is inferior with respect to tetrahydrocannabinol (THC) and cannabidiol (CBD) potency. The highest THC cigarette the government produces tops out at 6.7 percent. Not a single government strain tests over 10.2 percent THC. Compare that to the average 25 percent THC for marijuana cigarettes sold in California and other states. Also, the federal government has no high-cannabidiol products, whereas high-CBD products are common in many cannabis markets. Because of this, federally sponsored cannabis research becomes suspect.

Therapeutic effects of cannabis and cannabinoids

Cannabis sativa has a long history as a medicinal plant, dating back more than two millennia. It was available as a licensed medicine listed in the U.S. pharmacopoeia from 1851-1941.

In 1999, the Health and Medicine Division (formally the Institute of Medicine-IOM) of the National Academies of Sciences, Engineering, and Medicine issued a report on the potential therapeutic uses for cannabis. It is one of the first and most widely referenced consensus statements, based on the best scientific evidence at the time. Among the general conclusions:

Since 1999, researchers have undertaken a plethora of cannabis-centric research, some supporting and some refuting the HMD 1999 conclusions. In 2017, the HMD released an updated review of research on medical marijuana. This report represents the most current scientific consensus regarding its use.

Based on the evidence

Like most clinical science outcomes, conclusions and consensus rest on the quality of the research and what is known as “the preponderance of evidence.”

Before a drug finds its way into clinical practice it is backed by conclusive and/or substantial evidence that includes acute and long-term clinical trials involving random-controlled trials. Such research requires significant time and resources. And since it is difficult to monetize cannabis (anyone can grow and cultivate it), cannabis research as a pharmaceutical is still in its infancy.

Below, I present the latest consensus findings on cannabis’ use as an accepted pharmaceutical. I present only findings and conclusions based on substantial and moderate evidence, as this research is most likely to translate to future clinical use. I also have chosen to present conclusions where there currently is insufficient evidence to support specific claims of cannabis’ health effects. 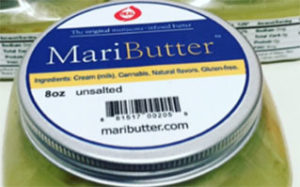 Different parts of the cannabis plant are mixed, cooked and dissolved into other foods. For example, marijuana butter (aka MariButter) is butter melted and mixed with THC. Edibles generally do not produce effects for 30 minutes to 2 hours and can last 5- 8 hours, or longer.

In another longitudinal study, the longest on cannabis and mortality, researchers followed 50,000 men as they approached age 60, about 30 years after first reporting on this cohort’s health status. In the first study of these subjects at about age 30, researchers found no significant excess mortality among habitual cannabis users. In the follow-up study, habitual cannabis users did have a significantly higher risk (40 percent) of dying prematurely, but this was not linked directly to cannabis use. Instead, cannabis was indirectly related to premature death. So, when a person under the influence of cannabis runs across a street without looking and gets hit by a car, the direct cause of death would be listed as hit-and-run. But, certainly cannabis contributed to the person’s death.

Most research shows that directly overdosing on cannabis is not an issue, as it is with opiates or other pharmaceuticals where even a small overdose may prove fatal. Nevertheless, cannabis is estimated to result in 2 million years of health-life lost due to disability. By comparison, alcohol or tobacco is estimated to result in about 100 million or so years of healthy-life lost.

Cannabis use, either erratic, intermittent, or habitual, is not without risks and problems. A major contributor to this issue is a lack of consensus regarding what constitutes a cannabis use disorder (CUD). CUD represents a diagnosable psychiatric disorder defined as “a problematic pattern of cannabis use leading to clinically significant personal, social, physical, and/or psychological distress or impairment.”

Because of confusion in terminology and scope of what constitutes “problem” cannabis use, research in this area is less well established. Nevertheless, a summary of the research evidence reveals some interesting and provocative conclusions.

During acute cannabis intoxication, sociability, and sensitivity to certain stimuli (e.g., colors, music) are often enhanced, perception of time altered, and appetite for sweet and fatty foods heightened. Many users report feeling relaxed or experiencing a pleasurable “rush” or “buzz” after smoking cannabis. These subjective effects often associate with decreased short-term memory, dry mouth, and impaired perception and motor skills. When intoxicated, many users report increased panic attacks, paranoid thoughts, hallucinations, or the drive to sleep. Some users report impaired driving abilities, although this has not been well documented.

Finally, cannabis use generally stimulates aggressive food consumption – “the munchies” – resulting in large ingestion of calories. A recent study showed that cannabis consumption influences appetite by triggering the release of a hunger hormone called ghrelin, released by the stomach when it is empty, signaling to the brain that it’s time to eat. A cannabis-induced ghrelin surge results in the rapid consumption of food, on a consistent basis.

I think it’s fair to summarize that purported benefits of medical cannabis are smaller and weaker than often reported in the media and on the Internet, but so too are the purported risks. More high-quality clinical trials are needed.

At present, it appears the only substantial evidence supporting medical cannabis use is for treating chronic pain in adults, chemo-induced nausea and vomiting, and relieving self-reported muscle tightness in patients with MS. Other moderate (and limited) evidence exists, but more large-scale clinical trials are needed, using marijuana with different potency levels, to enable health-care professionals to make sound decisions regarding the efficacy of these findings.

Because cannabis is a naturally occurring plant, and cannot be patented, there appears little enthusiasm for the pharmaceutical industry to conduct research, and the U.S. government policy on cannabis discourages research that may reveal cannabis belongs as a viable medical option. We need more research on cannabis and its health effects now!