The environment is hurting, and so are we

When the environment cries, humans suffer 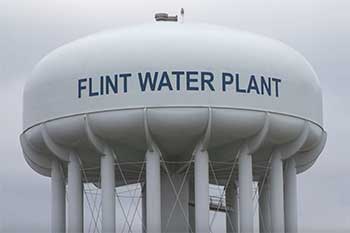 One need look no further than the recent tragedy of the Flint water crisis to experience the impact of human-induced pollution on human health. Other environmental disasters caused by humans include the nuclear meltdowns at Chernobyl and Fukushima (in Ukraine and Japan, respectively) and the Deepwater Horizon oil spill in the U.S., to name just a few.

Catastrophic environmental-pollution events are not the only culprits impacting human health. Other types of environmentally induced health challenges include:

Maintaining a healthy environment is central to increasing the quality of one’s life expectancy. Globally, about 23 percent of all deaths (roughly 12.6 million per year), and 26 percent of deaths among children under age 5 can be attributed to preventable environmental factors like hazardous substances in air, water, soil, and food; natural and technological disasters; climate change disasters; occupational hazards; and built-environment hazards.

Poor environmental quality exerts its most significant impact on people whose health status is already at risk: the sick, the young, and the elderly.

The World Health Organization (WHO) regularly documents environmentally induced health concerns and deaths. The most recent WHO report, published in 2018 for the calendar year 2017, shows most environment-induced deaths locate in South East Asia, Africa, and the Far East, areas with the highest number of people living in poverty.

Causes of death from environmental pollution

This pie chart (below) shows the top seven causes of death due to environmental pollution. Men are slightly more affected due to occupational risks and injuries, while women bear higher exposures to traditional environmental threats, such as smoke from cooking with solid fuels or carrying water. Nearly 4.9 million adults between age 50-75 die due to noncommunicable diseases and injuries. Nearly 1.7 million children under the age of 5 die due to respiratory infections and diarrheal diseases related to environmental pollution. 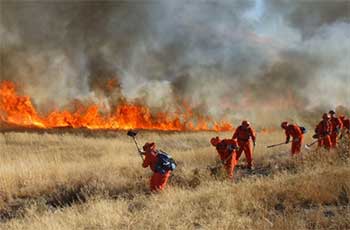 Controlled burns and forest fires set by humans release pollutants into the atmosphere.

Air pollution: A major source of death and health concerns

Air pollution ranks as the number-one cause, followed closely by water pollution, of pollution-induced deaths. We can classify the factors responsible for releasing pollutants into the atmosphere into two basic categories: man-made and natural.

Natural air-pollution sources include the following:

Air pollutants can be solid particles, liquid droplets, or gases and classify as primary or secondary. Primary pollutants are usually the byproduct of a process: ash from a volcanic eruption, carbon monoxide gas from motor vehicle exhaust, or sulfur dioxide released as exhaust, mostly from factories. 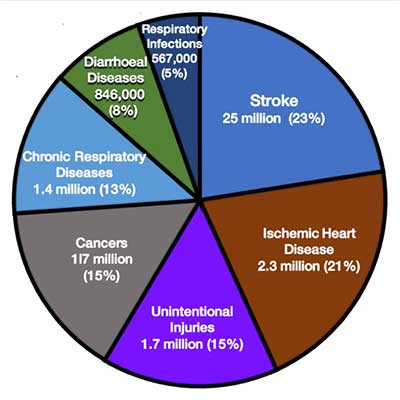 Most air pollutants are carcinogenic

Cancer is caused by changes in a cell’s DNA, its genetic “blueprint.” Some of these changes are inherited while others may be caused by direct or indirect environmental exposures. Substances and exposures that can lead to cancer are called carcinogens. Some carcinogens do not affect DNA directly but lead to cancer in other ways. For example, they may cause cells to divide at a faster than normal rate, which could increase the chances that DNA changes will occur.

Carcinogens do not cause cancer in every case, all the time. Substances labeled as carcinogens may have different levels of cancer-causing potential for different people. Some carcinogens may cause cancer only after prolonged, high levels of exposure. For any particular person, the risk of developing cancer depends on many factors, including how one is exposed to the carcinogen, the length and intensity of the exposure, and the person’s genetic makeup.

How do researchers determine if an air pollutant is a carcinogen?

Testing to see if an air pollutant can cause cancer is complicated. It is not ethical to test a substance by exposing people to a potential carcinogen. Thus, scientists use other types of tests, which do not always produce definitive results.

Scientists get much of their data about environmental pollutants and cancer from lab studies in cell cultures and animals.

Although lab studies alone don’t always predict if a substance causes cancer in humans, virtually all known human carcinogens that have been adequately tested also cause cancer in various lab animals.
Animals are biologically similar to humans. Mice share more than 98 percent DNA with us! Animals are susceptible to many of the same health problems as humans, i.e., cancer, diabetes, and heart disease. And with a shorter life cycle than humans, animal models can be studied throughout an entire life span and across several generations, a critical element in understanding how a disease processes and how it interacts with a whole, living biological system.

Researchers have yet to discover anything that can substitute for the complex functions of a living, breathing, whole-organ system with pulmonary and circulatory structures like those in humans. Until such a discovery, animals continue to play a critical role in biomedical-environmental research. About 95 percent of all animals used for biomedical research in the United States are rodents (rats and mice) bred specifically for laboratory use. Nevertheless, there are accelerating efforts to discover new, novel ways to study pollution effects that do not involve animals. This cannot come too soon, in my opinion.

Another way to identify human carcinogens is through epidemiologic studies. However, these studies also have limits. Humans are exposed to many substances at any given time, including those they encounter at work, school, or home; and in the food they eat and the air they breathe. Moreover, many years or decades often pass between exposure to a carcinogen and the development of cancer. Therefore, it can be very challenging to link definitively any particular pollutant exposure to cancer.

By combining data from different types of studies, scientists do their best to make an educated assessment of a substance’s cancer-causing ability. When the evidence is conclusive, the substance labels as a carcinogen. When the available evidence is compelling but not conclusive, the substance may be considered to be a probable carcinogen. In many cases, there isn’t enough information to be certain one way or the other. 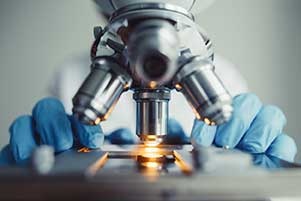 Perhaps not surprisingly, based on how hard it can be to test these candidate carcinogens, most are listed as being of probable, possible, or unknown risk. (iStock.)

The most widely used system for classifying carcinogens comes from the International Agency for Research on Cancer (IARC), part of the World Health Organization. During the past 30 years, the IARC has evaluated the cancer-causing potential of more than 900 likely candidates, placing them into one of the following groups:

Not surprisingly, most potential carcinogens are identified as being of probable, possible, or unknown risk. Only a little over 100 pollutant agents are classified as carcinogenic to humans, and most are linked only with certain kinds of cancer, not all types.

It is important to note that while research attempts to describe the level of evidence that a particular air pollutant can cause cancer, it does not describe how likely it is that a specific substance will cause cancer in any particular person. For example, there is overwhelming evidence showing that both tobacco smoking and eating processed meat can cause cancer, so both classify as “carcinogenic to humans.” But smoking is overwhelmingly more likely to cause cancer than eating processed meat, even though both are in the same cancer-causing category. To complicate matters, different carcinogens do not cause cancer at all times, under all circumstances. Some may only be carcinogenic if a person is exposed under certain conditions and with a certain genetic makeup. Some pollutants may lead to cancer after only a very small exposure, while others might require intense exposure over many years.

Even if a pollutant is known or suspected to cause cancer, this does not necessarily mean that it can or should be avoided at all costs. For example, exposure to ultraviolet (UV) radiation from sunlight is known to cause cancer, but it’s not practical (or advisable) to avoid the sun completely.

What we can do to improve air quality

There is much we can do to improve our air quality and reduce pollution and disease. For sure, we all can become advocates to encourage our politicians, lawmakers, and business partners to do the following: