The road not taken

Roads and tunnels and walls and bridges 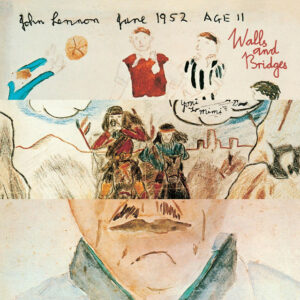 That our roads and bridges and tunnels require repair is not news. Everywhere they crumble, everywhere collapse. When President Dwight D. Eisenhower authorized the Interstate Highway System in the 1950s, it was the largest public works project ever undertaken. We paved over, I am told, an area the size of France in order to traverse our nation with highways and turnpikes, not to mention parking lots and dams. Now that era seems nearly as distant as the avenues and aqueducts constructed by the Romans; there are more gaping holes and cracks in the streets of Michigan than on the Appian Way.

Lately, I’ve been traveling in the far western reaches of our country — the California coast, the islands of Hawaii. There, crucial roads are under siege from the effects of climate change, the torrential rains that generate rock- and mudslides and undermine our infrastructure, where once we believed ourselves safe. This holds true as well, of course, for those regions of the country that have been seared by flame or shriveled by drought, but the roads I’ve traveled down have been undone by water, and it’s not pretty to see. 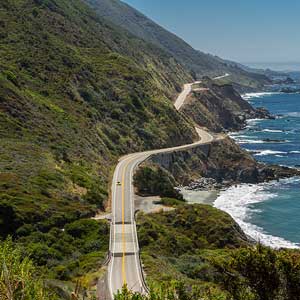 A deserted Highway 1 along the coast of Northern California near Big Sur.

The island of Kauai is one of the wettest places on earth with an annual rainfall of 450 inches on its shield volcano, Mt. Waialeale. There are just five days a year when rain fails to fall. So it should surprise no one that the road through Kauai’s Princeville has washed out.  Last spring, one storm delivered 41 inches of rainfall and destroyed the scenic highway by the bay of Hanalei. Tourists still cannot go there, and locals are only permitted (accompanied by construction personnel) to do so a few hours each day. Basically, they’ve been cut off. Princeville comprises about 9,000 acres and counts some 2,000 inhabitants. Funds for rebuilding are scant. The reconstruction task is vast, and the work is slow. A friend of mine, who lives beyond the village, had to be evacuated and can only return home by boat. There are those who claim that Noah was over-fond of the bottle, but he must have been stone-cold sober when he conceived of an Ark . . .

On the California coast, where resources are abundant and ocean-front property wildly expensive, much the same holds true. The famed Highway 1 that hugs the Pacific from San Simeon through Big Sur and Carmel, was closed for months because of nonstop rain and the highway’s ensuing collapse. Only recently has it reopened — a ribbon of switchbacks and hairpin turns above the steep drop to the sea. There’s still some paving to do, with stretches of single-lane road, but the vaunted trails and vistas are now again accessible by car. The various camp-grounds and upscale lodges and hotels — the hut where Henry Miller lived, the Essalen Institute and Nepenthe Restaurant, the resorts of Ventana and the Post Ranch Inn — are functioning once more. On the day my wife and I negotiated passage, there were bicyclists and hikers everywhere: celebrating, taking selfies, staring out to sea . . . 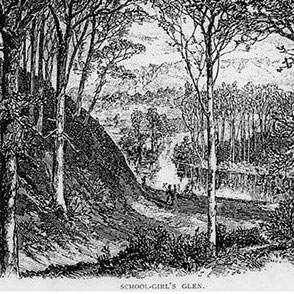 All this has caused me to think about continuity, the ways we move ahead. When roads diverge or prove impassable, we need to make a judgment about how and where to proceed. Dante Alighieri, at the start of his Inferno, found the straight and narrow path a jumble and confusion. He writes in the middle of the road of our life “la diritta via era smaritta,” which can be translated loosely as “the straight road was blocked.” Another way of putting it is: “Where to from here?” We all, at some point on the journey, must ask ourselves the same. Robert Frost asserted, in The Road Not Taken, “I took the one less traveled by/ And it has made all the difference.” And when the path disappears or crumbles away — as the residents of Princeville and Big Sur have learned to their discomfiture — “You must change your life.”

This last, too, is a great instruction from a great poet, Rainer Maria Rilke (1875-1926).  At the end of his sonnet Archaischer Torso Apollos, he moves from a close examination of ancient statuary to address the reader directly, declaring we “must change.” The technical term for Rilke’s shift is volta, not so much a reversal as a turn. And since I’m a writer quoting writers, I find these lines a kind of commentary, also, on the process of revision. We write a sentence or a paragraph or a page and come to a dead end. We labor up a slope and find, to our sorrow, it drops suddenly off. That beautiful beckoning vista becomes a kind of wasteland: a character ill-conceived, an action misdirected, a piece of dialogue that tumbles down a cliff . . .

A set of locked doors 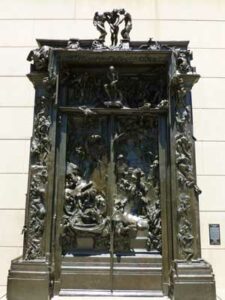 Painfully, we start again. Word by word we reconstruct. I commenced these musings with the image of a broken road; let me continue in that vein and render the barrier real. The dream our present President invokes is — as opposed to Eisenhower’s — that we not build roads, but rather a wall. Where once the ideal was expansiveness, inclusiveness, a way of crisscrossing the nation and connecting east to west, (as had been the case, a hundred years before, with the transcontinental railroad) we now are told from the bully-pulpit that the way to solve our woes is to say: “The road is closed.” The sign above the Gates of Hell is — again, with a cap-tip to Dante — “Abandon All Hope, Ye Who Enter Here.” Now that sign has been rewritten to declare: “Ye Who Try to Enter Here!”

For the citizen — or writer — such a statement is an admission of failure, and I think of all those other signs (Yield, Proceed with Caution) that argue a brave willingness to keep on keeping on. Without that willingness, a sentence means — as in its other usage — penal confinement, a set of locked doors.

Good fences make good neighbors, yes, but borders are meant to be crossed.