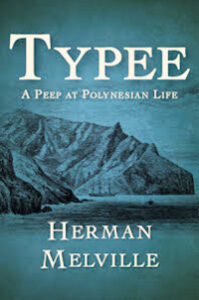 Few readers think of “Typee” when seeking out Herman Melville.

I had lunch in Manhattan, recently, with two younger friends — one an investment banker, one a rare book and manuscript dealer. Of the former’s profession I know little to nothing; of the latter’s, I know a good deal. Over soup, we talked about the rise and fall of literary reputation — or, as the banker said, “stock.” What goes up comes down. It must come down, claimed Sir Isaac Newton, but that’s a law of gravity, not art.

Think of Herman Melville, the author of Typee and Omoo, two books which established his reputation and yet today are scarcely read. By contrast, Moby Dick (or The Whale) sold almost no copies during the author’s lifetime and today is renowned as central to our culture. What was dismissed or ignored at the time has, over time, come to be celebrated as Melville’s masterpiece.

It’s not news that things change. John Keats composed his own epitaph, “Here lies one whose name was writ in water.” He was wrong. Keats died in Rome — impoverished, tubercular — in 1821; nearly two centuries later, his name is set in stone. 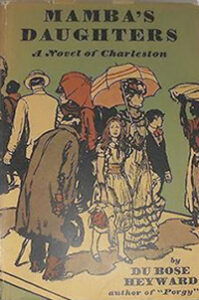 A first edition of a little-known work that was a bestseller in 1929.

But the reverse is also true. Look at the best-seller lists of 1919 or 1929 and try to find a single text that’s now in the curriculum or canon; what seemed so central once is irrelevant today. Here, according to Publisher’s Weekly and in order of popularity, are the most successful books in America a century ago.

Of these, the only one I know is by Joseph Conrad, and The Arrow of God is at best a minor work. Perhaps there’s undiscovered merit in the nine other novels, but they’re long defunct. The best-seller list of 1929 fared better since it includes — at the number-one position, All’s Quiet on the Western Front by Erich Maria Remarque, and, at number two, Sinclair Lewis’ Dodsworth. But the rest of the titles are fully forgotten, Dark Hester, The Bishop Murder Case, Roper’s Row, Peder Victorious, Mamba’s Daughters, The Galaxy, and Scarlet Sister Mary. In 10th position, there’s a familiar title, Joseph and his Brethren, but the writer is H.W. Freeman and not the Nobel Laureate, Thomas Mann, whose Joseph and His Brothers, a monumental four-part text, would be published between 1933-43. The point, I trust, is clear: You can’t tell, in the present moment, what’s been built to last. 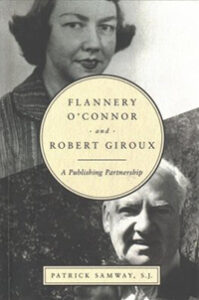 So the three of us at table discussed “the bubble, reputation” — Shakespeare’s term for what will inflate and deflate. Robert Giroux, the late great editor in the publishing house that bears his name, Farrar, Straus, and Giroux, had — by his own attestation — two favorite authors: Flannery O’Connor and Bernard Malamud. Near the end of his life, Giroux told my friend the rare book dealer that he admired those two equally when serving as their sponsor. They were dissimilar, of course, yet he thought them a matched pair. “Had you said to me then,” Giroux declared, “that Malamud, after three decades, would sell next to nothing and O’Connor would sell 250,000 copies of her work each year, I would have called you lunatic.”

But that’s how it shakes out. The recent revival of James Baldwin’s legacy was not self-evident after his death; the present lack of interest in John Updike and John Fowles (to pick two authors at near-random who were much admired and best-selling “properties” in the receding past) might not have been foreseen. Some authors write for 40 years and then become successful; others write for 40 years and can’t repeat early success. The vagaries of literary fortune are near-commonplace: a gossip item to discuss over salad and shrimp. Please pass the salt.

A form of investment

“Here lies one whose name was writ in water.”

But then the investor talked about his sale of and purchase of stock. Is the future of his shares of Facebook, for instance, a certain or uncertain thing; does the trajectory of Netflix’s value only and always increase? His daily labor is to pay attention to the data of a company’s performance and to decide, on the basis of close, critical analysis, whether “the price of the ticket” makes sense. Few would have predicted the relative decline of what we used to call blue-chip stocks; few would have imagined that Silicon Valley would generate billions in cash. The more he talked about his work, the more it seemed equivalent to what the book-dealer deals with while compiling an archive for sale: This has small importance; that will grow. The language the money manager used was technical and situation-specific, having to do with price points, capitalization, leverage, cash-flow, and the like. But by the time we’d ordered coffee and sat back to savor it, I found myself unable to distinguish between the one form of investment and the other. Both men were in the business of evaluation; both of them were experts at their trade. A first edition of Melville or an I.P.O of a company involved in drone technology each deal in the forward-facing hope that what once was private will go public at a profit, when assessed.

So what now serves as currency — a Bitcoin or ingot or dollar bill, an email or emoji or a manuscript composed on parchment? What should be honored and retained or cataloged and sold? The price of X’s archive or Y’s company is subject to the shifts in market expectation, and there’s no fixed, intrinsic limit to the value claimed.

“Here lies one whose name was writ in water,” I repeated, and asked for the check.