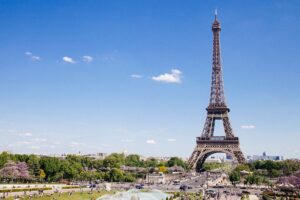 On July 25, 2019, the high temperature in Paris was 108.7 degrees Fahrenheit. I don’t usually get spun up about record-high temperatures, because on a warming planet, we expect record highs. It has been more than three decades since we have experienced a month with the global average surface temperature registering cooler than the 20th-century average. Record new highs dwarf the number of record new lows.

The July record in France astounded me because it broke the all-time record in Paris by four degrees. In the realm of weather and climate, that is a huge number.

July of 2019 was, in the National Oceanographic and Atmospheric Administration’s observations, the warmest month since the late 1800s. Climate scientists limit their reporting of monthly records to the last 140 years, because that is a span of time when temperature measurements are complete enough to render the uncertainty of monthly, global averages to be quite small. 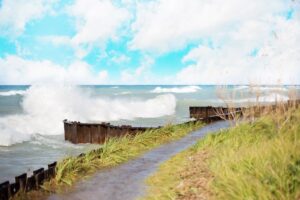 Flooding is increasingly common along the coast of Lake Michigan.

In Michigan last month, the temperature was not as exceptional as in Paris (or Greenland or Alaska), but an extreme environmental event continues to plague us just the same. In May, Lakes Erie and Superior set record-high water levels. Record and near-record lake levels persisted in June and July. There has been flooding along the Lake Michigan shoreline and in Detroit. Lake Ontario also has been in flood.

In 2013 and 2014, advocates — including scientists and the broader public — embraced the message that climate change was causing lake level decline. This statement had natural appeal: If the future is getting warmer and more water evaporates from the lakes, then lower lake levels make sense. Plus, the record followed several years of observed lake level decline, which made for easy, casual attribution.

We are at the beginning of decades of rapid change. The heat in Paris and the floods of the Great Lakes are offering us the opportunity to learn what we need to do.

The message spread widely, especially in the Great Lakes region. However, in the scientific literature, it was well known that such an explanation of systematic lake level decline was too simple. Some of us suggested that many other factors might influence lake levels, i.e., rain, snow, and runoff from the land. But that message never resonated in the public forum the way the “evaporation message” did.

In fact, the spread of the simplistic message about lake level decline was so pervasive, it exemplified the “echo effect.” That is, the appeal of the message was so strong it was echoed, whether or not it was the full story – or even correct.

It is about variability 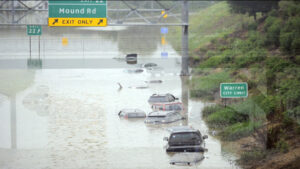 The Earth responds to increased heat in the environment in many ways. Climate change does not, necessarily, lead to one outcome or another. Outcomes that in isolation appear contradictory might, in reality, be correct.

For the problem of lake levels, if weather patterns are in a drought condition and evaporation dominates the surface water balance, the increasing temperatures drive the downward influence on water levels. Hence, lower lows.

To the contrary, in a flood condition, the increased heat in the environment means more water is available for precipitation. Thus, the upward influence of weather on water levels is stronger.

Drought and flood conditions existed in the past, and they will exist in the future. New extremes, both highs and lows, are expected.

In many instances, climate change leads to increased variability.

How can we plan for increased variability? Rather than one outcome or another, a more usable and more honest way to think about climate change in the future is a set of plausible scenarios that describe the variability. What do you think?
We are at the beginning of decades of rapid change. The heat in Paris and the floods of the Great Lakes are offering us the opportunity to learn what we need to do.

How can we plan for increased variability? Rather than one outcome or another, a more usable and more honest way to think about climate change in the future is a set of plausible scenarios that describe the variability. If we use the emerging behavior in our changing climate to develop these scenarios, then planners and managers can work through how to respond to those scenarios.