The decade in cinema

As the curtains close on the 21st century’s second decade, I decided to look back at my columns and identify some trends. To me, the period was defined by technology, economics, and diversity issues within the medium. 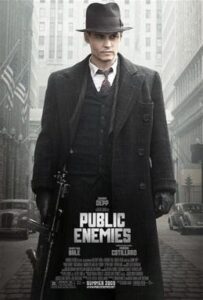 In reviewing Michael Mann’s Public Enemies (Universal Pictures, 2009) at the onset of the decade I wrote: “ The film is one of those breakthrough experiences like Citizen Kane. The movie offers something so aesthetically innovative that I was compelled to return a second time to fully grasp the artistic techniques at play. This is Mann’s account of John Dillinger’s bank-robbing days of 1933-34 and crime agent Melvin Purvis’ hot pursuit. The director brings digital high-definition video forcefully to the screen in ways I never could have imagined. Through the lens of the Sony F23 CineAlta camera, Public Enemies unfolds in a display of color, light, and image definition that is nothing short of exhilarating.”

My response to Mann’s film came from a lifelong love for images realized on emulsion-based film stock. Mann said he didn’t want the distancing, nostalgic look conveyed by conventional emulsion. “The viewer should have a sense of 1933 happening in a visual ‘now’ style … one conveying a ‘hyper-reality,’” he said at the time. Public Enemies’ cinematographer Dante Spinotti is now credited as a major pioneer in the past decade’s transition of high-definition digital video to movie screens.

These are just a few features that turned high-definition digital video into a dominant force in worldwide moviemaking in the past 10 years. Since 2016, filmmakers shot more than 90 percent of major films on digital video. Filmmaker Magazine reported only 24 feature films were shot on film stock in 2018. Among the die-hard directors who’ve stuck with 35- and 70mm film are Martin Scorsese (The Wolf of Wall Street, Paramount Pictures, 2013) Luca Guadagnino. (Call Me By Your Name, Sony Pictures Classics, 2017), Christopher Nolan (Dunkirk, Warner Bros. 2017), and Spike Lee (BlacKkKlansman, Focus Features, 2018).

Among the diehards who’ve stuck with 35- and 70mm film are Martin Scorsese (The Wolf of Wall Street) Luca Guadagnino. (Call Me By Your Name), Christopher Nolan (Dunkirk), and Spike Lee (BlacKkKlansman. Did you notice?
It’s visually compelling, less costly than film stock, and logistically easier for location scrutiny of footage. Following on the heels of this cinematic transition came the phenomenon of LED lighting (light-emitting diode). The LED diode technique can generate and display visual information when voltage is applied to the device. Now widely used in film production LED-created background imagery can be digitally integrated into location and on-set retrieved footage. The interview scene in The Hunger Games: Catching Fire (Lionsgate, 2013), was captured in on-set action, but backgrounded by LED abstract imagery. 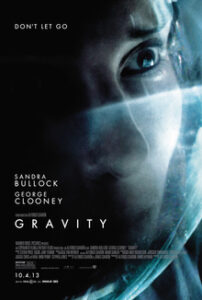 With this new filmmaking technology came a necessary and costly shift to digital film projection in theaters. At the same time, the new digital technology began to eliminate the age-old costly expense of distributing movies in bulky 35mm and 70mm cans. In many small-town venues, citizens staged contribution campaigns to assist with the $100,000+ cost to convert their local projection rooms to digital. In 2014, Paramount Pictures became the first major Hollywood studio to announce it no longer would ship movies on 35mm film to theaters in the United States. By 2018, about 182,000 movie theaters worldwide were equipped for digital projection. Films are now conveyed to theaters by hard disks, Blu-Ray discs, or via satellite links.

A call for diversity

Midway through the decade, people of color decried the absence of diversity in the industry when they were completely shut out of the Best Actor categories in both the 2015 and 2016 Academy Awards. The #OhSoWhite” meme emerged as a rallying charge to the members of the Academy of Motion Picture Arts and Sciences (AMPAS). The Academy, historically an organization of predominantly white males, selects the Oscar nominees, some within their individual trade affiliations. All members vote in the major categories (picture, director, actors, screenplay, etc.). 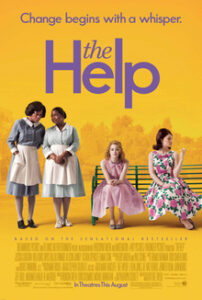 Some motion picture industry figures responded to #OhSoWhite by citing racial disparities in other areas of entertainment, including the NFL and NBA. Many culture critics took issue with that claim. They argued that motion pictures, since their nascent origins, have been a powerful form of narrative expression, capable of delving into human existence in all of its manifestations — regardless of race or color. Diversity advocates blamed studio executives for neglecting to choose worthy scripts. Fortunately, some notable pictures with African-American themes did emerge: The Help (Walt Disney Studios, 2011), Twelve Years a Slave (Fox Searchlight, 2013), and Selma (Paramount, 2014). Octavia Spencer won the Oscar for Best Supporting Actor for The Help and Lupita Nyong’o for Twelve Years a Slave.

In looking back at “Talking About the Movies” columns since 2016, I’m impressed by the number of outstanding narrative films that have come in the wake of #OhSoWhite’s challenge: 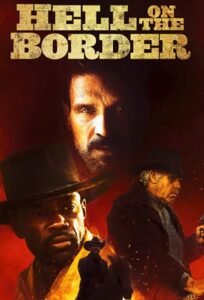 This month, we can see Hell on the Border (Lionsgate, 2019), based on the life of African American cowboy Bass Reeves; The Banker (Apple TV+, 2019), in which two black real-estate agents concoct a scheme to make loans and rent apartments to African Americans; and Just Mercy (Warner Bros., 2019), about a black lawyer (Michael B. Jordan) defending a man (Jamie Foxx) who is sentenced to death .

Progress is happening behind the scenes as well. In 2013, Cheryl Boone Isaacs, a film marketing/public relations executive, became AMPAS’ first African-American female president. She was re-elected in 2015 and has traveled the world as an advocate of film diversity for all peoples. 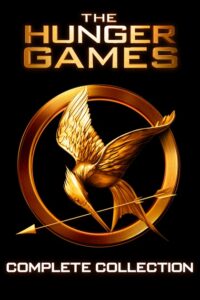 At the end of the decade, I see no industry retreat from turning out franchise films. 2019’s Avengers: End Game, (Walt Disney Studios Motion Pictures, 2019) the fourth in the Avengers series, became the single biggest film release of all-time at $2.5 billion. Toss in the Star Wars series, Pixar animation, DC Comics movies, and Disney productions, and you can get a sense of the massive franchise shadow that hangs over the motion picture universe. Director Scorsese, among others, sees that shadow as a dark one. But it’s the rabid, worldwide fans who cherish these heroic narratives and who thereby continue to propel this economic power.

The best of the decade

Established auteurs and foreign directors delivered some of the very best films of the past decade: 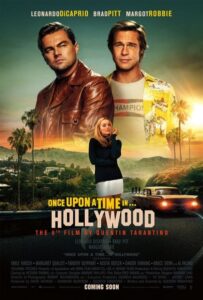 And we absolutely cannot forget Quentin Tarantino. This singular auteur has a habit of offering us a provocative new cinematic event every seven years: Inglorious Basterds (The Weinstein Co., 2005), Django Unchained (The Weinstein Co., 2012), and Once Upon a Time . . . In Hollywood (Sony Pictures Releasing, 2019).

I also highly recommend two marvelous films about children struggling to survive in bleak environs — Capernaum (2018), written and directed by Lebanese actor Nadine Labaki, and Shoplifters (2018), a Japanese film written and directed by Hirokazu Kore-eda, set in a poverty-stricken Tokyo neighborhood. Each of these touching dramas also gives evidence of the potential impact of child actors in the hands of consummate director-writer-storytellers. Though American-made, I also include in this narrative category The Florida Project (A24, 2017) about lively children in a  housing settlement at the edge of Disney World.

Looking forward to a new year of films and I wish you Happy Holidays and the Very Best in 2020.