A lot can happen in 50 years 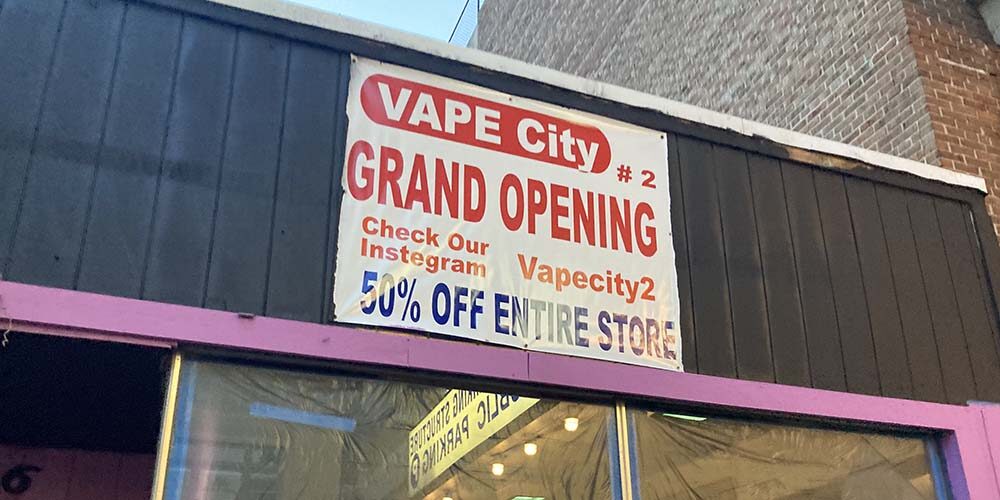 I was walking past the vacant coffee shop near Michigan News recently when I saw a crew affixing a new sign over the entrance. I rarely visited the tiny independent shop before it fell victim to the COVID economy, but I still bemoaned its loss.

As I circled back, the sign was up and the crew was gone. A new shop — Vape City #2 — was coming. (Hey, check out their Instegram.) I sighed. Nothing against entrepreneurship, but I was hoping for something a little more creative. Even a Scotch tape store.

That’s easy for me to say in the year 2021. I can stroll past some four marijuana dispensaries and multiple vape shops just grabbing a slice of pizza on a Monday afternoon. But on Dec. 10, 1971, it took a protest rally featuring John Lennon and Yoko Ono at Crisler Arena (right here in our little town) to free a poet/activist sentenced to 10 years in state prison for giving two joints to an undercover cop. (He’d already had a couple convictions for possession of marijuana.) 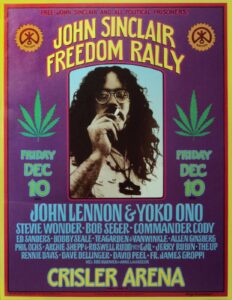 John Sinclair got “10 for 2” when he was busted with two marijuana joints. Now he could probably buy “2 for 10” on a good day in a legal pot shop.

Lennon even wrote the song “John Sinclair” as a rallying cry:

NORML founder Keith Stroup wrote about his memories in July 2020: “It became quickly apparent that marijuana was effectively legal in Crisler Arena that evening. People were not only smoking joints openly and passing them around, but several people, including one sitting near my seat, had quantities of marijuana sitting open on their laps, freely rolling joint after joint, to make sure everyone who attended could get high for the occasion. It was the first time I recall ever seeing such mass civil disobedience, and it was empowering to experience.”

Three days later, the court issued an order releasing Sinclair on bond, which had been previously denied by the lower courts. On March 9, 1972, the court held the state’s marijuana laws were unconstitutional.

My, how times have changed. The long-since freed Sinclair holds the distinction of being the first person to purchase recreational marijuana when it became legal in Michigan on Dec. 1, 2019. Clearly, he won’t be the last. Not if my neighbor Vape City #2 can help it.