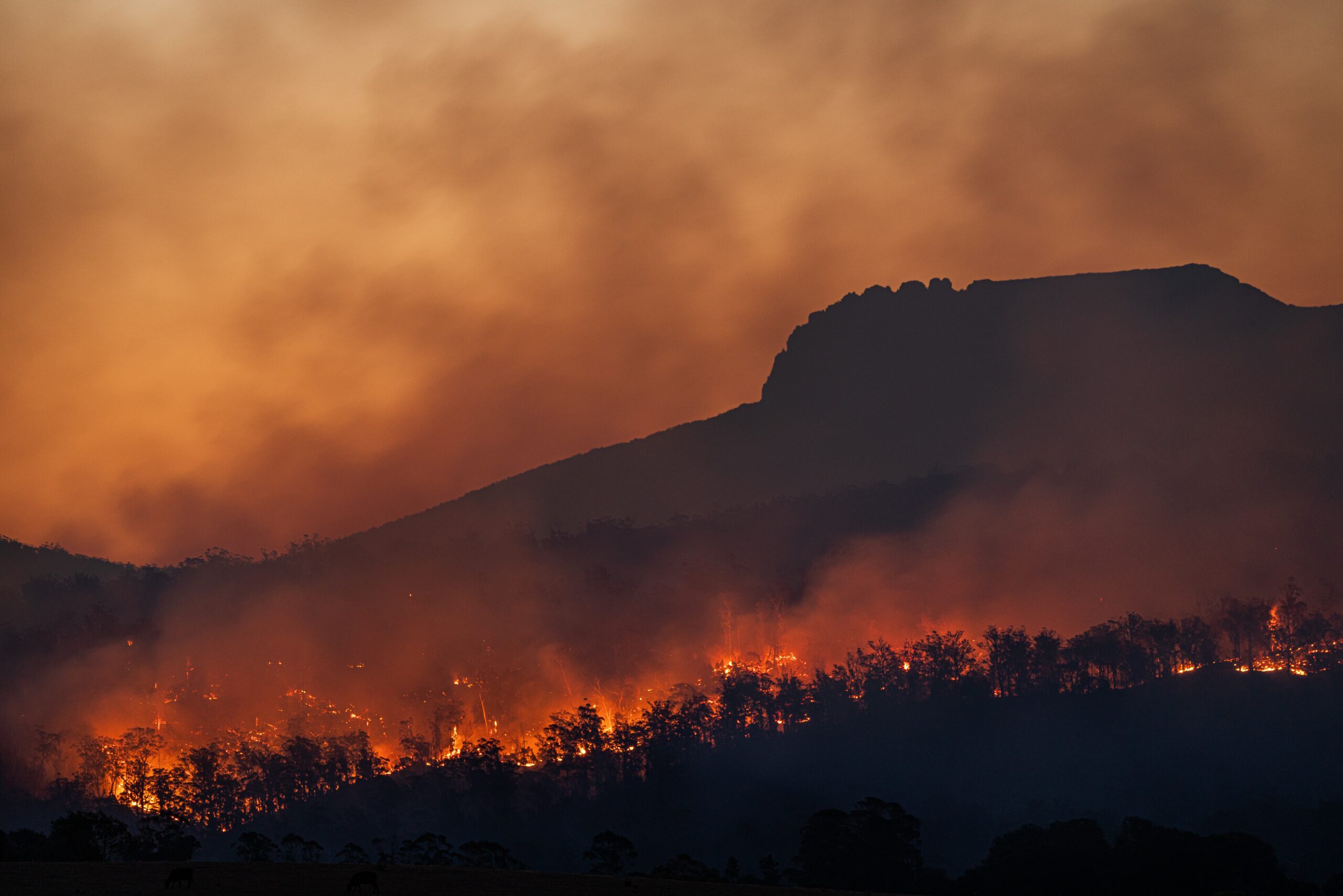 The 26th Conference of the Parties (COP26) convened in Glasgow, Scotland Oct. 31–Nov. 13, 2021. The Conference of the Parties is part of the United Nations Framework Convention on Climate Change (UNFCCC); it is the most important international meeting of governments striving to address global warming. As we have done since 2009, the University of Michigan sent a delegation of 13 students to observe. Avik Basu and I run a course to prepare them. 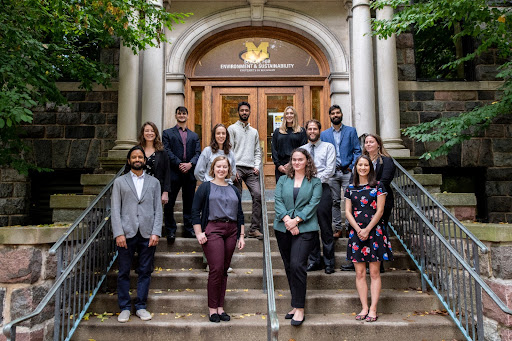 In this month’s column, I will frame COP26 and its outcomes as if I were teaching a class or telling a client what to expect and what it might mean. I want to acknowledge and thank the students and their organization, Climate Blue, for their briefings and discussions of their experience.

First, let’s look at climate change and COP in context with the challenges our various nations face: economic security, energy security, health security, and national security. Climate change sits in a policy and action ecosystem alongside these issues, and their relationship changes with time and place. When confronting crises, for example, climate change often is placed in conflict with these issues. It becomes subordinate and we decide we’ll address climate change “as we can” or when we are compelled to do so.

Of course, subordinating climate change to these other issues fails to recognize the role climate change plays in economics, energy, health care, and national security. As the planet gets warmer, climate change becomes the driver of such crises. And yet, decision-makers tend to favor the short term; even those imbued with urgency often seek solutions relevant for, say, the next five years, versus the next 50 or more. This should be expected.

Second, let’s look at the way the United Nations works. The COP requires consensus among all “parties.” In most cases, how we address climate change relies on voluntary commitments, good will, and whether a country values its reputation as a good member of the community. But the same social, economic, ethical, and policy factors that emerge in a community between rich and poor, powerful and weak, arise among the parties as well. So, keeping the community intact — talking and working — becomes an essential goal.

Third, we are dealing with complex global issues, and each country has a different perspective on these problems. Often, our best outcome is simply to agree that we have a problem. Then we confront the subsequent issue: Do we want to address the problem?

With that, I want to look at a few issues within the COP.

How are we doing?

In 2015, the Paris Agreement was heralded as a great success because all the countries agreed that global warming was a problem and that we needed to keep the average surface air temperature of Earth from rising more than 2 degrees C. The agreement went even farther, declaring that we aspired to keep the temperature from rising above 1.5 degrees C. This more ambitious target was important because it busted the long-held myth that climate change became “dangerous” at 2 degrees C. The Paris Agreement relied on countries making nationally determined, voluntary commitments to reduce emissions of greenhouse gases. This buy-in from all parties was a major accomplishment.

Related: Glasgow climate summit: U-M experts comment
The initial commitments that followed 2015 limited warming, in 2100, to about 3.5 C. Additional commitments made coming into COP26 limited the warming to closer to 2.5 C. It is important to note that in both cases, that is not the stable equilibrium temperature that would be achieved. The temperature would still be rising after 2100. Therefore, these commitments, if implemented, substantially and importantly would reduce the rate of warming.

Hence, a major goal of COP26 was to reduce the gap in the commitments between a warming in 2100 of approximately 2.5 C to an equilibrium temperature of 1.5 C. Note, this is a declaration of the intent to commit to a reduction in emissions to meet this goal.

If we look at the previous declarations from 2015 following the Paris Agreement, we see that, operationally, we have not achieved reduced emissions. Therefore, we have significant discrepancies between what we declare and what we implement.

Some observers will consider COP26 a success: We recognized we have a problem, it is getting worse, and we declared our intent to work on it even harder. Some will consider it a failure: We are not implementing emissions’ reduction in a way that actually reduces emissions. It is important to point out we are moving toward renewable energy rapidly enough that we are avoiding additional emissions at meaningful levels.

A couple concrete items to consider

Methane: Curbing methane emissions would reduce warming and the rate of warming. Managing methane leakage from fossil fuel extraction is one way to reduce emissions. Implementing certain agricultural practices is another. Many countries signed onto the Global Methane Pledge, but a smaller number of countries that are large emitters did not. 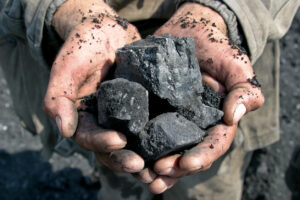 Much has been made of a late change in the language at COP26, in which parties pledge to reduce coal use rather than to eliminate coal use. (Image: iStock.)

Coal: Much has been made of a late change in the language at COP26, in which parties pledged to reduce coal use rather than to eliminate coal use. Coal is of special importance because it is widely available, ostensibly cheap, and the most polluting form of fossil fuels. China promised to stop building coal power plants in other countries, but not at home. Large developing countries, such as India, rely on coal for economic security. In many cases, it comes down to social justice, as coal brings water and refrigeration to those with no access to other types of energy. Hence, the agreement to reduce coal use could be viewed as an important declaration. Indeed, for the first time, coal is specifically targeted. Again, however, what implementation will we see?

Let’s be realistic about our expectations, post-COP. We are dealing with an incredibly difficult class of global problems that require global agreement on solutions.

And climate change does not sit in isolation. Is it reasonable to expect competing powers like the U.S. and China to rely on other countries for energy and to accelerate transitions away from coal? Is it reasonable to expect Australia to give up coal, its second largest export? What do we make of the Russian influence over natural gas supplies in Western Europe? Is it smart to accommodate equivocation on climate change to maintain the global efforts to reduce emissions and provide finances to address climate change?

In most cases, I argue the importance of maintaining and persisting with these global efforts. Indeed, I think that details of deficiencies of U.S. efforts to reduce the domestic emissions from coal-fired electricity are less significant than increasing the risk of the U.S. pulling out of the Paris Agreement. Russia, Brazil, China, India, Saudi Arabia, and even our Western European and Canadian Allies have exploited the 2020 U.S. exit from the Paris Agreement.

I recognize the enormous difficulties of working in the U.N. framework. I acknowledge and lament the gap between declarations, implementation, and operations. This process is slow and torturous.

But we do have other options. Local, regional, national, and corporate efforts are meaningful and effective. They can force more impactful global actions. This is where the heroes emerge. It is audacious to expect the world to flip a switch and change everything based on science-based projections. There are deficiencies to address, progress to recognize, and important work ahead.