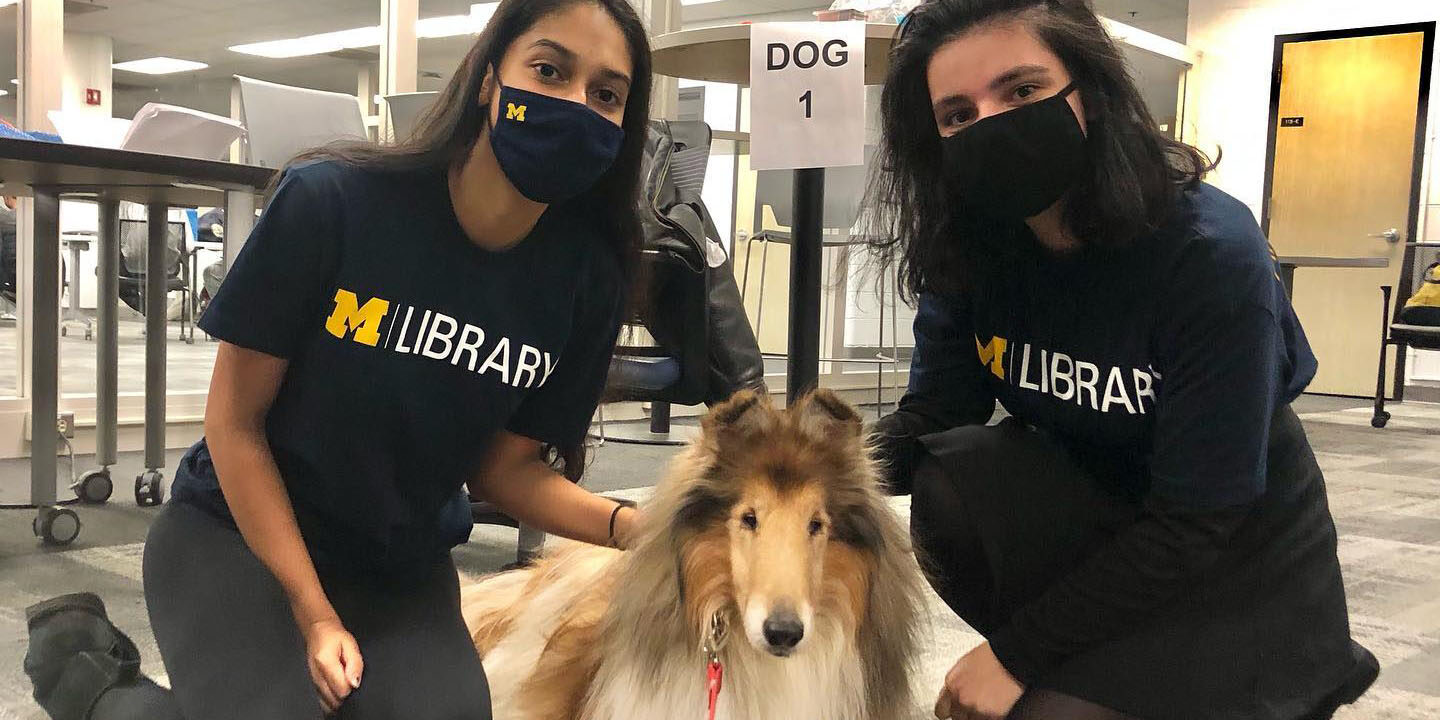 Two years ago, a microscopic virus turned our lives upside down. We never imagined how rapidly and unpredictably our lives would change. Our “new” lifestyles produced unintended consequences – eating more and moving less, consuming more packaged and prepared foods, and paying less attention to our overall health.

One in five households (more than 23 million homes) combatted a sense of loneliness or disconnection by adding a new cat or dog to the family since the pandemic’s beginning. Some 90 percent of the dogs and 85 percent of the cats remain in their adoptive homes, which differs from pre-pandemic data. Those statistics show nearly 20-30 percent of new pet owners rehome their pets within one year of ownership.

The accompanying table shows that pets are big business.

Pets and your health

Besides smoking cessation, increasing moderate physical activity, adopting healthy eating habits, and reducing stress, researchers have identified other possible factors to help reduce rising health risks during the pandemic. Pet ownership is one of those factors. 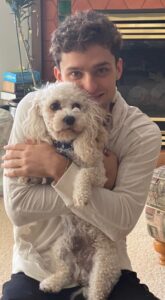 An early study involving 92 heart-attack victims was the first to demonstrate an association between pets and human health. Some 28 percent of pet owners survived for at least a year compared to only 6 percent for non–pet owners.

These findings generated increased research on the positive impact of interacting with companion animals. For example, stroking dogs and cats, watching tropical fish in an aquarium, and even caressing a pet boa constrictor have been reported to reduce blood pressure and stress levels. The most convincing of these studies emerged from a clinical trial in which researchers randomly assigned hypertensive stockbrokers to pet or no-pet conditions. Six months later, they placed the subjects in stressful situations. While both groups experienced increased blood pressure, subjects in the pet group saw lower increases than counterparts in the non-pet control condition.

Review of research on pets and human health 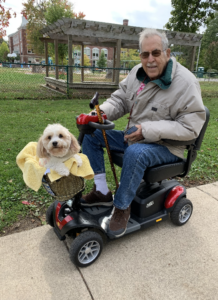 Dogs can benefit patients who have cardiovascular disease; patients are not only four times more likely to be alive after a year if they own a dog, but they’re also more likely to survive a heart attack. The same effect has been shown for cat owners. (Image courtesy of  V. Katch.)

Data indicate that dog ownership associates with a lower risk of death from cardiovascular disease or other causes. One study followed the health status of 3.4 million men and women between the ages of 40 and 80 living in Sweden, and whether they owned a dog. The 12-year study found that for people who lived alone, owning a dog decreased their risk of death by 33 percent and their risk of cardiovascular-related death by 36 percent, compared to single people living without a pet. The chance of having a heart attack was 11 percent lower.

A 2019 review of  70 years of research found that dog ownership lowered the risk of dying from any cause by 24 percent. For people who’ve already had a stroke or heart attack, their death risk dropped by 31 percent for those living with a dog.

Living with a dog or cat during the first year of life reduced the chances of having pet allergies in childhood (and later in life) and lowered the risk of asthma. A 2018 study found that newborns who live with cats have a lower risk of childhood asthma, pneumonia, and bronchiolitis. Living with a pet as a child also improves the immune system. In one study, petting a dog for only 18 minutes raised immunoglobulin A (IgA) levels in college students, a sign of robust immune function.

Several studies have shown that dog owners get more exercise than non-dog owners. One study looked at more than 2,000 adults and found dog owners who regularly walked their dogs were more physically active and less likely to be obese than those who didn’t walk a dog. A three-year study followed more than 2,500 older adults, ages 71-82. Those who regularly walked their dogs walked faster and for longer time periods each week than others who didn’t walk regularly. Older dog walkers also had greater mobility than others in the study.

In addition, pets appear to counteract the stress response by lowering stress hormones and heart rate. They lower anxiety and fear levels (psychological responses to stress) and elevate feelings of calmness. Studies show dogs can help ease stress and loneliness for seniors, as well as help calm pre-exam stress for college students. One study found that just 10 minutes of petting a dog or cat lowered college students’ cortisol levels. 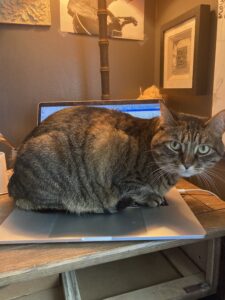 Spending time with a pet links to better cardiovascular health, possibly due to stress reduction. Studies show that dog owners have a lower risk of heart disease, including lower blood pressure and cholesterol. Dogs also can benefit patients who already have cardiovascular disease; patients are not only four times more likely to be alive after a year if they own a dog, but they’re also more likely to survive a heart attack. And the same effect has been shown for cat owners.

Cats and dogs offer comfort and social bonding to people with Alzheimer’s and other forms of dementia. Several canine caregiver programs assist at-home dementia patients with day-to-day tasks, such as fetching medication, reminding them to eat, and guiding them home if they’ve wandered off course. Many assisted-living facilities keep resident pets or offer therapy animal visits to support patients. Studies show creature companions can reduce behavioral issues among dementia patients by boosting their moods and raising nutritional intake.

One in nearly 70 American children lives with autism spectrum disorder (ASD), a developmental disability that makes it tough to communicate and interact socially. Pets can help these children to better connect to others. One study found that youngsters with ASD talked and laughed more, whined and cried less, and were more social with peers when guinea pigs were present. A multitude of ASD animal-assisted therapy programs featuring everything from dogs and dolphins to alpacas, horses, and even chickens are finding positive outcomes.

A recent study reported that a dog can lessen feelings of loneliness and improve mood in the short term. Animal-assisted therapy has proven particularly potent in deterring depression and other mood disorders. 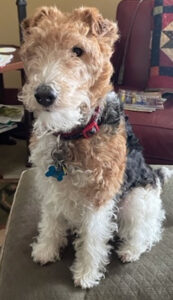 Animal-assisted therapy helps cancer patients heal emotionally and physically. For example, preliminary findings of a clinical trial by the American Humane Association shows therapy dogs not only ease loneliness, depression, and stress in children fighting cancer, but dogs also can motivate them to eat and follow treatment recommendations. Likewise, new research reveals a similar lift in emotional well-being for adults undergoing the physical rigors of cancer treatment. Even more astounding: Dogs (with their stellar smelling skills) are now being trained to literally sniff out cancer

In one study, 34 percent of patients with the pain disorder fibromyalgia reported pain relief (as well as better mood and less fatigue) after visiting for 10-15 minutes with a therapy dog compared to only 4 percent of patients who merely sat in a waiting room. In another study, those who had undergone total joint replacement surgery needed 28 percent less pain medication after daily visits from a therapy dog than those who had no canine contact.

On the other hand… 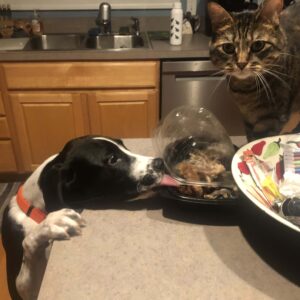 In all fairness, while the media abounds with stories extolling the health benefits of pets, some data show that pet ownership has no impact — or even has negative effects — on human physical or mental health. These studies rarely make headlines.

For instance, there was no media coverage of a 2010 study of 425 heart-attack victims that found pet owners were a little bit more likely than non–pet owners to die or suffer remission within a year of suffering their heart attack (22 percent vs. 14 percent). This study did not address either group’s food and exercise habits, which could explain the results.

In another study involving 1,179 older adults, researchers who compared pet owners and non-pet owners found no differences in the blood pressure or risk of hypertension between them (the pet owners in the study did, however, exercise less than non-owners and were more apt to be overweight, which could explain the negative effects).

Also, pet ownership has not fared well in some epidemiological studies. For example, a study of 40,000 Swedes found that while pet owners were physically healthier than non–pet owners, they suffered more from psychological problems including anxiety, chronic tiredness, insomnia, and depression. Again, this study did not control for other possible factors that could help explain the results.

Pet ownership can come with a variety of health benefits to their owners. Studies suggest that pets can be good for everything from the heart to the brain. Pets can provide emotional benefits, improve one’s physical and mental health, reduces stress, lower blood pressure, help to prevent heart disease, and help to fight depression.