A professor’s war for peace 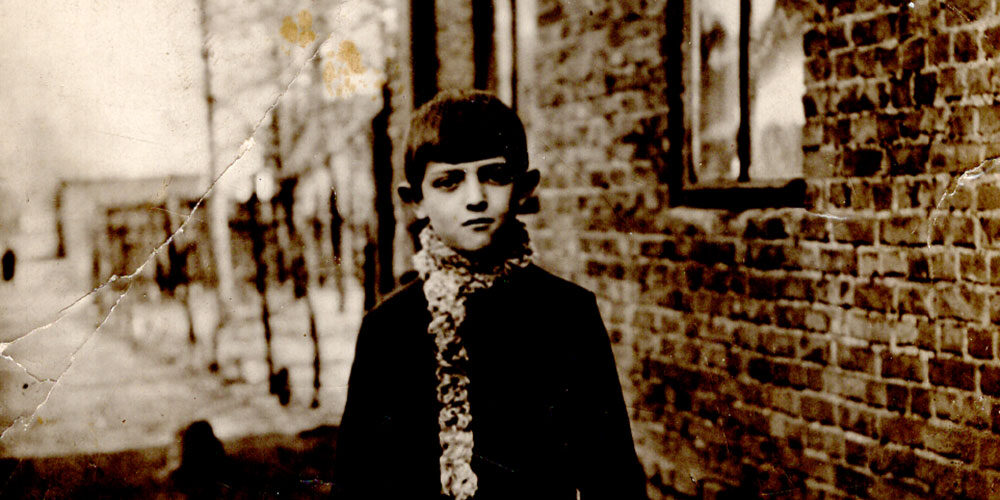 On a sunny December morning in 1921, 10-year-old Anatol Rapoport walked gingerly along the Zbruch River in Soviet Ukraine carrying his brand new pair of ice skates. He stayed close to a fence to hide his movements and peered carefully through a gap toward the Polish border. After nine days of waiting, he had found his moment.

“Looking through the gap I saw a crowd of kids skating beneath a dam, apparently with no military patrolling,” he would later write in a memoir. “I could easily skate across, blend in with the kids and escape to freedom on the Polish side.”

He started out thinking, “The ice holds near the shore, otherwise the kids wouldn’t be skating there. Will it hold in the middle of the stream? Should I go slowly or as fast as I can?”

Suddenly he heard a shout.

“Out of nowhere, a Red Army soldier looking down from atop the dam was shouting and waving at me,” Rapoport recounted. “As I hesitated, he aimed his rifle at my head. I turned around and skated back as fast I could to the Russian side.”

The boy’s destination was Satanov, a town thought to be named for the devil. Days later, with the help of a smuggler, Rapoport and his father returned to the river. This time they escaped across the Zbruch to freedom. 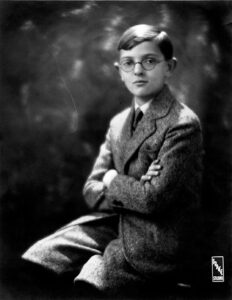 A relaxed-looking Rapoport in Chicago, 1924. (Image courtesy of Anthony Rapoport.)

Though he was Russian, Rapoport had much in common with the millions of modern-day Ukrainians now fleeing their besieged homeland for safe harbor in Eastern Europe. He was not eager to leave his birthplace in what is today’s Kharkiv Oblast, Ukraine. But the nation was ravaged by warring Red and White armies after civil war broke out in late 1917. Russian Jews may have been free to live anywhere in their homeland, attend public school, and work in their chosen profession, but perpetual combat forced Rapoport’s family to flee again and again across Ukraine, Crimea, and the Caucasus.

With troops battling in their neighborhoods, invading their homes, and bivouacking in their backyards, Rapoport’s parents were perpetually on high alert. Only when he and his father reunited with his mother, in Poland, were they finally free to head for the U.S. They settled in Chicago in 1922. After graduating high school, Rapoport took prize money from a piano competition and traveled to the Vienna Hochschule für Musik. He toured for four years as a concert pianist in Europe, America, and Mexico, and then took a doctorate in mathematics at the University of Chicago.

It’s likely the future scholar’s childhood proximity to so much war sparked his lifelong interest in the science of human conflict. By the time he joined the Michigan faculty in 1955, he was well on his way to becoming a renowned mathematical psychologist, semanticist, game theorist, and peace researcher, known for his significant contributions to the field of game theory, negotiation, and conflict resolution. He would go on to be a founding member of the U-M Mental Health Research Institute. 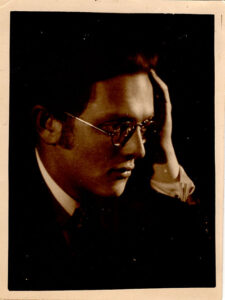 Throughout his career, Rapoport demonstrated an unusual capacity to meld mathematical modeling with human behavior. In many ways, his work foreshadowed today’s focus on integrating neuroscience with “Big Data” to understand neural function and the biological roots of behavior.

“In models that offer strategies within games mirroring competitive, socially interdependent scenarios, Rapoport did not have mechanistic role-players in mind, but real people,” writes Shirli Kopelman in Tit for Tat and Beyond: The Legendary Work of Anatol Rapoport. Kopelman is a negotiations expert and Michigan Ross professor of management and organizations. “The legacy and thinking of Anatol Rapoport continue to resonate and reverberate today whenever we conduct rigorous scholarship toward transforming conflict into peaceful harmony, whether among people or nations.”

In 1965, Rapoport co-authored Prisoner’s Dilemma: A Study in Conflict and Cooperation, a deceptively simple concept that demonstrates how people are motivated to trust or distrust their partners, to keep faith or to betray, to be guided by joint or selfish interests, and so on. Rapoport also is known for introducing the “Tit for Tat” strategy in game theory, which posits that a person is more successful if they cooperate with another person in competitive environments.

When considering strategy and conscience, according to Rapoport, there is an essential incompatibility, Kopelman writes: “Studying game theory is not just a game. While Rapoport focused on simple ideas and strategies to promote cooperation in game models, his paramount aspiration was to advance world peace.”

Not just a game

Not surprisingly, Rapoport was active in anti-war demonstrations during his years on the Michigan campus. As a Michigan Daily reporter I covered the world’s first campus teach-in in March 1965. Rapoport was a key speaker at the all-night event, focused on the case against the Vietnam War.

Related: When do words speak louder than actions? A Q&A with Shirli Kopelman, Michigan Ross professor of management and organizations.
In 1969, he spoke on the Michigan Diag during the Vietnam War Moratorium Day: “What is at stake is whether, centuries after the divine right of kings was exposed as a superstition, absolute power of life and power over every man, woman, and child on this planet will continue to be wielded by a few individuals.”

Rapoport left Ann Arbor in 1970 for the University of Toronto where he was cross-appointed in mathematics and psychology, and later created a Peace and Conflict Studies Program. There, he and his wife, Gwen, an inspiring pioneer in the co-op movement, continued their work as abolitionists dedicated to killing the institution of war. As in Ann Arbor, the couple’s living room often served as a salon for gifted musicians.

While Rapoport focused on simple ideas and strategies to promote cooperation in game models, his paramount aspiration was to advance world peace.
When he was 91, Rapoport wrote Skating On Thin Ice, a memoir for younger readers, in which he recounted his turbulent youth. He wrote multiple books published by the University of Michigan Press, authored more than 300 articles, won computer tournaments, received the Lenz International Peace Research Prize, and held guest professorships from Vienna to Hiroshima.

With the help of his mentor, semanticist S.I. Hayakawa (he wrote the foreword to Rapoport’s first book Science and the Goals of Man), Rapoport served as an editor of ETC: The Review of General Semantics. He also became a fellow at the Center for Advanced Study in the Behavioral Sciences and co-founded the Society for General Systems Research.

At the time of Rapoport’s passing in 2007, Leonard Johnson, Commandant of the National Defence College at Kingston, Ontario, Canada, said: “Suffocation of the institution of war is no longer a fantasy of fiction or an impossible dream. It’s no exaggeration to say that the future of humankind depends on it. The path to peace with security is open. Let hope be Anatol’s legacy to humankind.”

The potential of our humanity 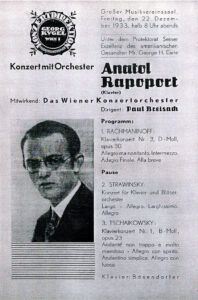 Although his own career as a touring concert pianist in Europe was cut short by the rise of Nazism, Rapoport’s passion for the classics remained central to his life. His two sons, Anthony and Alexander, both perform, compose, and teach music. His daughter, Anya, is a U-M alumna and veterinarian.

Remembering Rapoport, Anthony says, “My father had an enormous influence on me, emotionally, intellectually, politically, and morally, but playing music together was in some ways the most profound experience we shared. From the extreme simplicity of a two-by-two game to the enormous complexity and subtlety of great music, it’s the transcendence of the personal that allows us to realize the potential of our humanity.”

Anthony hopes modern-day world leaders will look to his father’s contributions to the field of negotiation as they seek resolution in Ukraine.

“If you and the other player can switch from individual to collective reasoning, you both are going to have a better outcome,” he says. “Game theory can’t tell you what to do in a real-world situation, but it can give you insight, to get beyond the kind of thinking that obscures underlying issues. Conventional strategic thought, like ideology, can obscure the nature of decisions that can lead to war.”

(Lead image of Rapoport in 1921, courtesy of Anthony Rapoport.)