How to win without winning 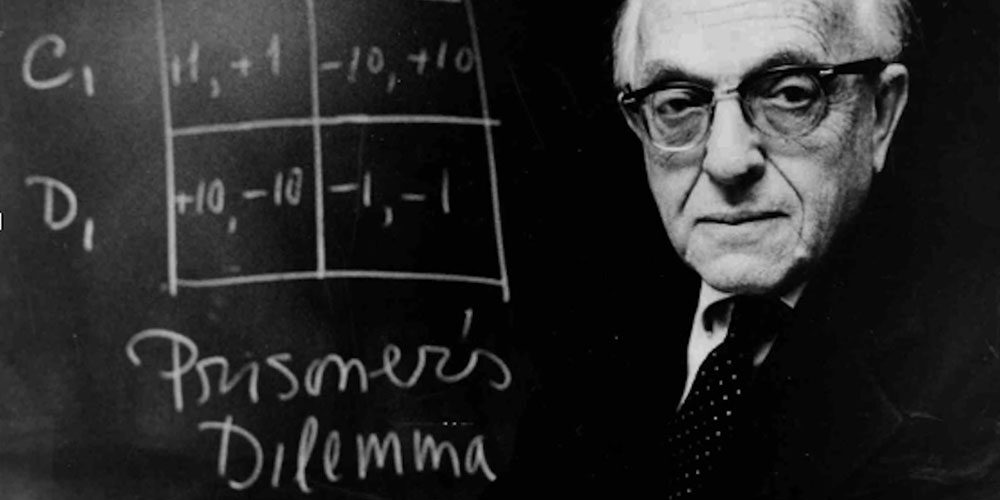 Editor’s note: Three authors contributed to this follow-up piece about late U-M faculty member Anatol Rapoport, though only one appears in the “author” field due to technical constraints. Anthony Rapoport, Markus Schwaninger and U-M professor Shirli Kopelman are co-authors.

A path to peace in Russia-Ukraine Conflict

We are fortunate to have known leading intellectual and longtime Michigan faculty member Anatol Rapoport (1911-2007) as a father, friend, and colleague. He was a mathematical psychologist, philosopher, and pioneer of peace research and education. In a lifetime of thought and action, in hundreds of articles and numerous books, he developed insights into human conflict and cooperation. His ideas are now more relevant than ever.

He became a leading scholar of game theory, general systems theory, conflict resolution, and peace research. He focused on cooperative games, which illustrate the pitfalls of conventional strategic thinking, and the potential for mutual benefit. His famous Tit for Tat strategy for the iterated Prisoner’s Dilemma is a stroke of genius, a way to win without winning.

This sounds like a paradox, but it works. Yet, Rapoport cautioned about the use and misuse of game theory, especially in international relations. He noted that it helps us understand how people think. It does not prescribe solutions to societal challenges. 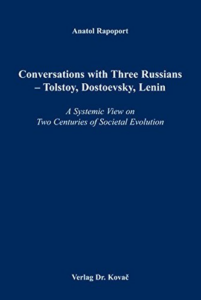 Rapoport saw it all in his 95 years. He was a childhood war refugee, fleeing from Ukraine with his parents during the Russian civil war. He was a U.S. Air Force officer in World War II, coordinating with Russian pilots in Alaska. But he became an activist, as post-war hopes for peace were dashed by the confrontation between formerly allied powers. He was an expert on war, but a prince in the realm of spirit, and a prophet of peace. Autocrats will founder. Warships will sink. Science and peace will endure.

As a peace researcher, Rapoport emphasized that the most important goal is the abolition of the institution of war. Rapoport considered war akin to a fatal, contagious disease. His last book, Conversations with Three Russians, is a philosophical engagement with the history of Russian thought.

In it, Rapoport poses and responds to a set of fundamental questions: Can humanity be unified on what is evil? — I don’t know. Must it, if it is to survive? — Yes. In other words, humanity cannot make peace with war. But division and confrontation, leading to wars, are just what prevents us from uniting. No escape!

This sounds hopeless, but we remember his joke: “Despair may be rational, but there’s no percentage in it.”

His astounding blend of rational power and moral commitment proposes there is an exit: humanity is not in a dead-end street, but, as so many times in history, at a fork in the road. He believed conflict resolution is possible between groups of people, especially if we unite against our common enemy, the institution of war. He always insisted that we act as if there is hope, and thereby bring it into existence.

Rapoport would see the current crisis through a systems lens. Beyond countries and alliances, humanity is a globally interdependent community. Our resources are continually sapped by perpetual preparations for devastating wars. The potential for international cooperation is continually undermined by competition between great powers seeking hegemony over others.

Anatol Rapoport was a member of the Michigan faculty from 1955-70 as a founding member of the Mental Health Research Institute. In that time, he made significant contributions to peace research and the field of game theory, negotiation, and conflict resolution. Read the Michigan Today feature about Rapoport’s childhood escape from war-torn Ukraine a century ago.
Rapoport would have hoped to channel the widespread revulsion against Russia’s current atrocities into a rejection of all militarism, including that of the United States and its allies, based on our common humanity.

How Rapoport would have reacted to the Ukraine crisis is clear to us: he would have unequivocally opposed Russia’s aggression. He would have recognized the importance of Ukrainian resistance and their need to protect their independence.

He would have supported the immediate response of economic sanctions and favored maximal international cooperation to solve problems. But the calls for increased military budgets, and the forward stationing of NATO forces on Russia’s borders, would have filled him with dread.

Rapoport would ask, how can the end of this war help prevent the start of the next, rather than fueling it?

Rapoport would see the current crisis through a systems lens. Beyond countries and alliances, humanity is a globally interdependent community. Our resources are continually sapped by perpetual preparations for devastating wars. The potential for international cooperation is continually undermined by competition between great powers seeking hegemony over others.
The West appears locked into a conflict management approach to the crisis. Yet, conflict management counterintuitively prolongs a crisis and supports the institution of war. A conflict resolution approach acknowledges all parties, accepting that they may have legitimate interests at stake (even if the other side’s truth appears to be irrational), and working to resolve (not manage) the conflict. It means talking to the enemy to comprehensively negotiate a long-term solution.

Shaping the future is everyone’s responsibility! Everyone who is potentially impacted by this crisis, and anyone who can mobilize resources to promote conflict resolution, needs to engage.

It is not only about a bilateral negotiation between Ukraine and Russia. Between Russian President Vladimir Putin and Ukrainian President Volodymyr Zelensky. Why isn’t U.S. President Joe Biden at the table? Who else might join the negotiations?

Are world leaders part of the problem, or part of the solution? Seriously engaging in bona fide negotiations is the only way forward.

Beyond the current crisis, we need a global movement for lasting peace.

Shirli Kopelman, negotiation researcher and practitioner; professor at the Stephen M. Ross School of Business at U-M. In 2020, Kopelman published the article “Tit for Tat and Beyond: The Legendary Work of Anatol Rapoport.”

Anthony Rapoport, professional musician based in Toronto, Canada, and a longtime participant in peace and climate activism. He is co-author, with his father Anatol Rapoport, of “Canada and the World.”

Markus Schwaninger, professor emeritus, University of St. Gallen, Switzerland. He is an Austrian-Swiss economist and member of the board of the International World Organization of Systems and Cybernetics. He was a close friend and colleague of Anatol Rapoport.

(This article originally appeared at michiganross.umich.edu. An earlier version, titled “‘Tit for tat’ inventor offers path to peace in Russia-Ukraine conflict,” was published in The Detroit News on May 6, 2022. The lead image of Anatol Rapoport is courtesy of Anthony Rapoport.) 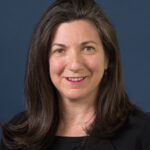 SHIRLI KOPELMAN is a leading researcher, expert, and educator in the field of negotiations at the University of Michigan’s Ross School of Business. She holds a PhD in Management and Organizations and an MS in Organizational Behavior from the Kellogg School of Management at Northwestern University. Dr. Kopelman is past president of the International Association for Conflict Management, former faculty director of research at the Center for Positive Organizations; and author of Negotiating Genuinely: Being Yourself in Business, published by Stanford University Press. She co-authored this article, "How to win without winning," with collaborators Anthony Rapoport and Markus Schwaninger.
Social
Share on: Share on Twitter Share on Facebook