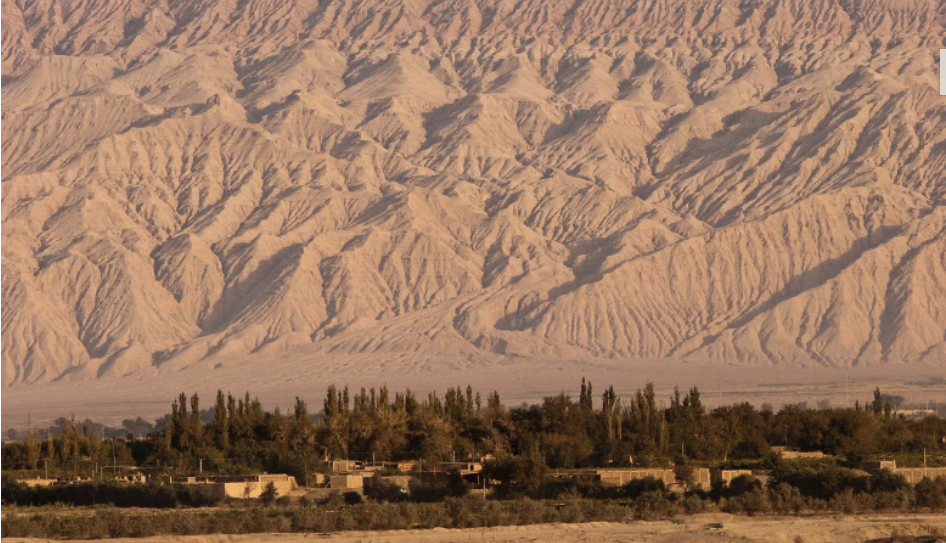 This past week I gave a talk at the National Science Foundation (NSF) as part of their Earth Day Celebration. I titled my presentation “Gaining control of the challenges of climate change.”

After my previous column, a commenter wrote that I had provided an analysis, but offered no solutions. On one hand, I agree with the comment. On the other hand, there is no single solution. Addressing climate change is hard work; it is persistent work. It will require champions in every field, and it will be part of their lives and careers.

There will be many successes and some of those successes will emerge to have global reach.

Hence, the “solution” I offer is giving students an introduction to the complexity of climate change. I try to show where they can gain entry, early in their careers, into the solutions paths. I assume that some will emerge as leaders; I encourage all of them to think about how they can have influence.

This month’s column is drawn from the script of my NSF talk.

I opened with the figure below. It is from an in-class survey given on the day that the 2022 IPCC Mitigation Report was released. For this group of students, almost two-thirds of the responses were that it will take 30 years or longer to reduce our emissions by 50 percent.

In another question, only 17 percent of the students thought there would be any reduction in carbon dioxide emissions by 2030.

The poll’s results are positioned next to the fact that many countries have made commitments to reduce their emissions by 50 percent by 2030, including the United States and the European Union. These commitments were first made in 2015, and since 2015, global emissions of carbon dioxide have continued to increase.

Depite the continuous presence of headlines that we have until 2030 to reduce emissions or face catastrophe, serious discord exists between the public discourse and what my students discern as truth.

I started my first class in 2006. Almost immediately, I learned the students who were not climate (natural) scientists were far more attuned to the importance and the consequences of a warming planet. They were less stove-piped in their points of view. They were much less concerned about scientific uncertainty than natural scientists. They did not see scientific uncertainty as a primary barrier to addressing climate change.

In 2014, I noticed that people thought if we cut emissions quickly, we would avoid sea-level rise, avoid increased flooding and drought, and avoid more heatwaves. The message they heard was: If we cut emissions, we would return to the climate of our past. This was simply not true.

In 2008, I decided it was disingenuous to continue to teach about the 2-degree Celsius limit and avoiding “dangerous” climate change. I felt it was more realistic to imagine a world 4 degrees warmer, and that thinking about that 4-degree world might provide concrete motivation to keep it from becoming a reality by more aggressive mitigation of our emissions.

Then, in 2014, I noticed that people thought if we cut emissions quickly, we would avoid sea-level rise, avoid increased flooding and drought, and avoid more heatwaves. The message they heard was: If we cut emissions, we would return to the climate of our past. This was simply not true.

I kept changing my message because all the evidence pointed to a warming planet, that the warming was accelerating, and that it would continue for decades. Evidence revealed we were increasing, not reducing, our emissions. Further, if we considered what actually needed to be done to reduce our emissions, we had no clear path on how to do it.

Statements that it was “just a matter of political will” were naïve.

The increasing global demand for energy, by an ever-increasing fraction of a growing population, has been filled, primarily, by fossil fuels. The portion of our energy produced by fossil fuels has remained stubbornly around 70 percent globally.

We have known for decades that we can reduce our emissions through efficiency. The payback is quick.

What does it say that we have cost-effective means to reduce our emissions, but we have not reduced emissions in any absolute sense?

It says that such collective behavior is, simply, not in our nature. There is not collective agreement on the need to reduce emissions – and it is a very complex and difficult undertaking.

This situation is frustrating, depressing, angering, and can leave one with despair.

Humans are an adaptive species

What I try to teach is how to gain some control over the challenges of climate change. This requires recognizing that we have a substantial knowledge base of living with our climate and weather. We need to use that knowledge to overcome the anxieties that lead to paralysis and inaction. We need to understand systems and methods of problem-solving to overcome the barriers to applying climate knowledge to planning, design, engineering, and management.

Climate change is so pervasive that virtually every profession, every field of endeavor needs champions. These champions pursue solutions, and those solutions scale up through influence and successes.

Climate science provides a usable vision of the future. This is unique in all of time. There are techniques and behaviors to gain control over dealing with climate change. It is our choice of whether or not we pursue them.


(Lead image, China’s Turpan Basin. According to bbc.com/travel: “Despite the harsh climate, the Turpan soil is fertile and vineyards flourish throughout the area. More than a dozen different types of grapes are grown here, and the water the grapes need to grow is brought to their vines by an ancient irrigation system called the karez, or ‘well’, in the Uyghur language.”  Image Credit: Asia File/Alamy Stock Photo.)