How good are your coping skills? 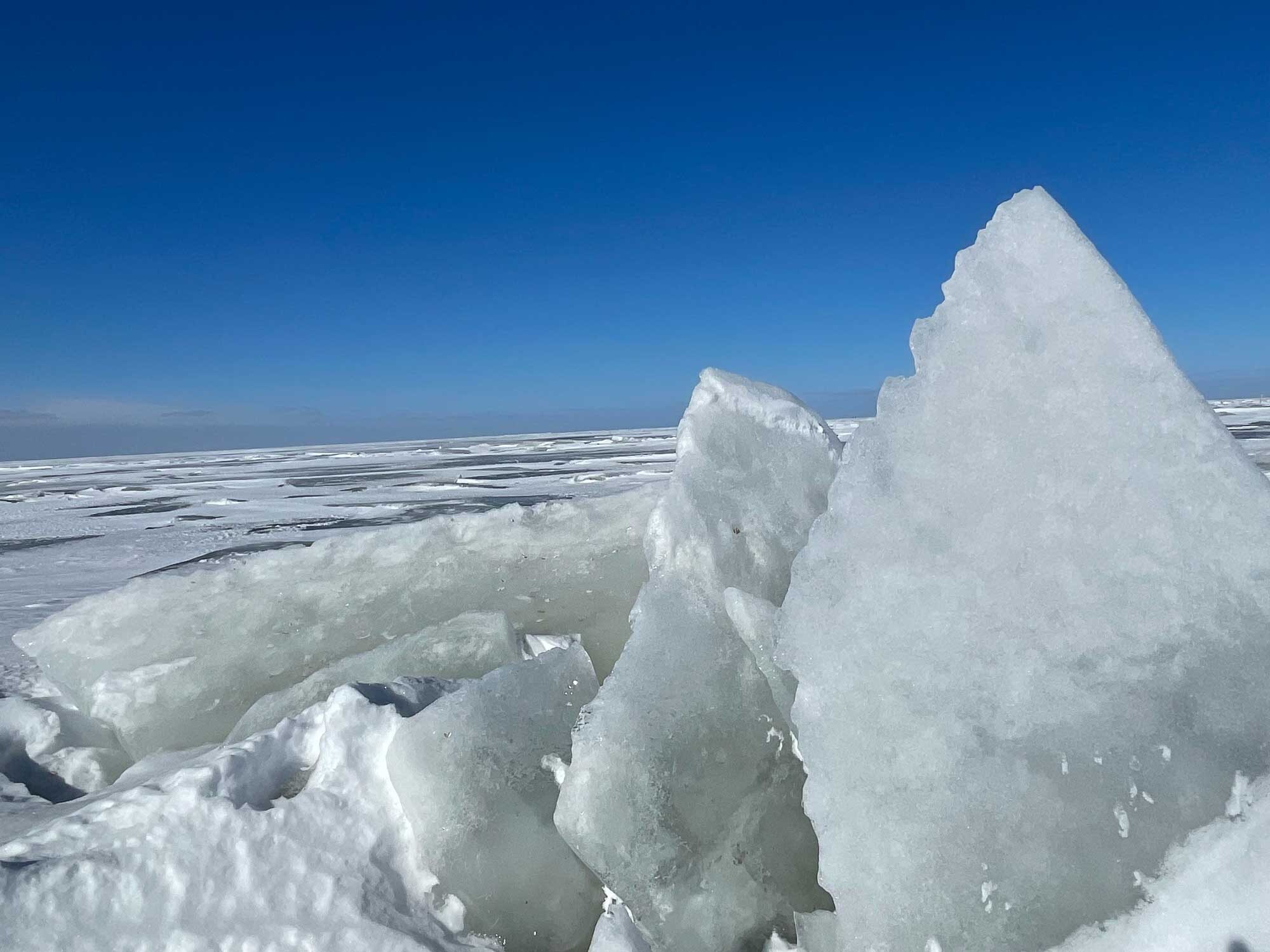 Tip of the iceberg

The last ice age (glacial period) on Earth ended about 12,000 years ago. It was a time of abrupt climate change characterized by rapid warming. There was a massive ice melt. Sea levels rose by tens of meters.

After the ice age, the Earth’s climate stabilized in a way that proved well-suited to humans. Indeed, as we learned to use fire and alter the landscape, humans began to influence the climate themselves.

Early in my tenure at U-M, I attended a symposium on the archeological site at Sagalassos, Turkey. Michigan Archaeology has a long history there. In the presentation, there was a statement about people migrating into the mountains with, primarily, their goats. At the time, I thought these people were following the glacial front as it retreated northward. This region in the southern part of Turkey was becoming more arid as the climate warmed. Lakes were forming in the mountains from the melting ice as the lower elevations dried.

We have the know-how

The impulse of warming is shocking, and it is more shocking to realize that we are at its beginning. We are urgently trying to limit the upside of this impulse.

In my previous column, I wrote about the power and fear of knowing about climate change. I maintained that our knowledge of the future and our understanding of loss causes great discomfort. But it also provides the impetus to work toward outcomes far preferable to leaving our collective future to fate.

This month, I want to describe another aspect of my thinking about tackling these problems. It’s important to remember we have gained important experience living with changing weather and a varying climate. In some cases, we have muddled through, and in others, we have developed practices to cope with daunting challenges like extreme weather. In many cases, these coping practices are so deeply incorporated into zoning laws and building standards, we no longer recognize we have the skills. 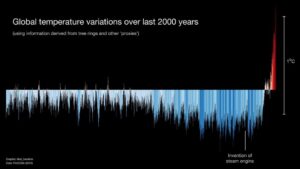 Climate scientist Ed Hawkins created this visual depiction of global temperature variations over the last 2,000 years. The shocking red spike as you approach the end of the timeline is a result of the rapid warming that’s taken place of late.

The climate has remained stable since the end of the ice age – until recently. (And though I say “stable,” the climate has seen many changes over this time.)

The figure here, created by climatologist Ed Hawkins, shows temperature variability for the past 2,000 years. This is a difference from an average over the entire surface area of Earth. Many of the features in this figure could spawn entire careers among today’s research scientists.

To get to that level of detail, however, one has to look past the spike of warming in the most recent century. The impulse of warming is shocking, and it is more shocking to realize that we are at its beginning. We are urgently trying to limit the upside of this impulse.

This current temperature increase is far faster and far more discrete than the end of the last ice age. Ice, sea levels, plants, and animals are just beginning to come to terms and adapt to this warming impulse.

Rome, the Ottomans, and Native Americans

If we do manage to look past the present-day spike, we find many wiggles in the temperature record. Jordan Pickett, a former Michigan colleague who was a post-doctoral fellow at the Kelsey Museum of Archeology, studies climate change in the archeological record of the Roman Empire and responses to changes in the climate. He introduced me to the fact that even 2,000 years ago people were interested in oil in the Middle East. 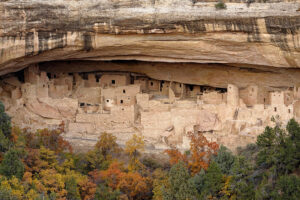 During an event at the Ford School of Public Policy, I presented about drought in the Middle East and Northern Africa, and I met Sam White, a professor at the Ohio State University. He was talking about the effects of climate variability on the Ottoman empire and climate-related violence as people sought to deal with food shortages caused by cold and drought. Again, here were efforts to adapt to a changing climate, without a clear understanding of what was happening.

In North America, the increase/decrease of the Ancestral Pueblo population in what is currently the U.S. Southwest has long been linked with a changing climate. Some anthropologists have even contended that the dispersal of the Ancestral Pueblo population was a policy decision, as leaders realized they could not sustain human life in the wake of accelerating drought.

And, in a different and unsettling perspective on climate change, Kyle Whyte, the George Willis Pack Professor at U-M’s School for Environment and Sustainability, described in our very first conversation the climate change that tribal communities experienced when they were marched from the Southeastern U.S. to Oklahoma. This type of dislocation-and-relocation climate change is, in fact, more rapid and more extreme than what humans experienced at the end of the ice age. It also is more extreme than what we are experiencing today.

It is my premise that knowing the future gives us the ability to make better decisions and gain some control over difficult problems.

There are some points I want to extract.

First: We do have a history of adapting to climate change. We have responded to immense and rapid changes, and we have experienced pain and loss in the process.

It is my premise that knowing the future gives us the ability to make better decisions and gain some control over difficult problems. I hope that once we realize that living with a changing climate in the past is something we have always done, the future will feel less scary. Having both knowledge and experience provides opportunity to gain agency in problem solving.

(Lead image: In Winter 2022, on Saginaw Bay, team members drilled through ice with a battery-powered auger to collect water and ice and to measure temperature, light levels, and oxygen concentrations at various depths. They used an optical sensor to identify the algal species in the water column and a pressure sensor to measure water depth (12 feet at the first site, a bit less at the second). Read more.)