It was a wonderful life 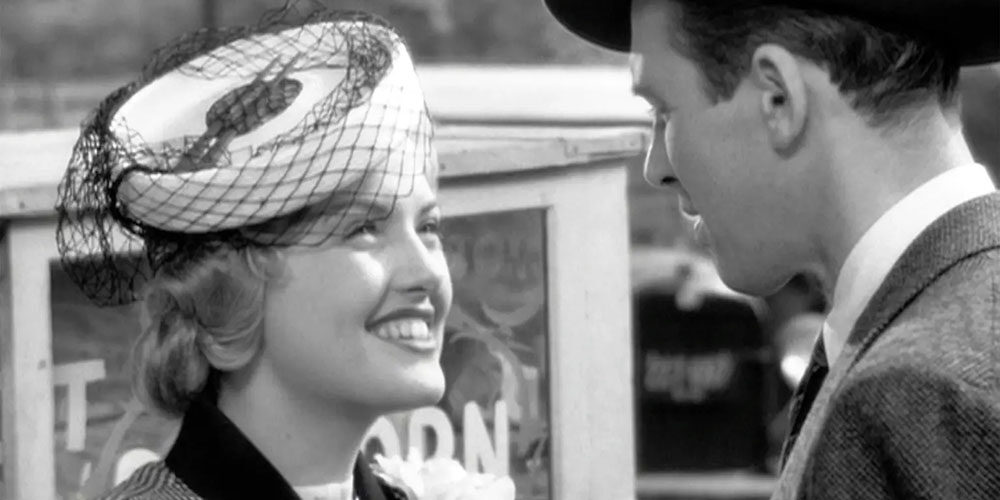 What happened to her?

Virginia Patton Moss, who died in August at the age of 97 after a long life and career in Ann Arbor, lives again this month on millions of screens. As she always liked to say, “I’ve been in more homes than Santa Claus.”

In 1946, when she was 20 years old and barely launched as an actress, Patton played Ruth Dakin Bailey in “It’s a Wonderful Life,” Frank Capra’s classic fable of a man who flirts with suicide, then rediscovers a reason to live.

The movie’s vast audience, growing year by year, sees Ruth descend from a train car to meet her new brother-in-law, George Bailey, played by Jimmy Stewart in his best-remembered role.

She commands the camera for only a minute and 40 seconds. But how many viewers have stared at her beaming face, as strikingly beautiful as that of any star of her era, and thought, “Wow…whatever happened to her?”

The answer? She lived out the message of “It’s a Wonderful Life” in our little college town.

She commands the camera for only a minute and 40 seconds. But how many viewers have stared at her beaming face, as strikingly beautiful as that of any star of her era, and thought, “Wow…whatever happened to her?”
Born in 1925, Virginia Patton grew up in Portland, Ore., into a family that had been prominent for decades. (She was a niece of General George Patton, the great battlefield commander of World War II.) As a girl, she explored acting and developed into a promising concert pianist.

Then, in 1943, just out of high school, she moved to Los Angeles to pursue a career in the movies. Warner Bros. promptly signed her to a contract. Patton split her time between classes at the University of Southern California and small parts in “Thank Your Lucky Stars” (1943), “Janie” (1944), “Hollywood Canteen” (1944), and Jack Benny’s “The Horn Blows at Midnight” (1945).

But when director Frank Capra spotted her in a play, she landed the role that would secure her Hollywood legacy.

It was 1946, a year after the war’s end, and Capra was angling for a Hollywood comeback after a four-year stint shooting documentaries to explain the purpose of the war effort to U.S. servicemen. He recruited Stewart — Capra’s star in “Mr. Smith Goes to Washington” (1939) — as the lead in a compelling drama on which Capra was staking the fortunes of his new production company. The film’s central message appealed to its leading man and director: “No man is a failure who has friends.”

Filling out the cast, Capra cast Virginia Patton for a minor part. Even so, her brief appearance would be the pivot on which the entire plot turns.

As a young man, George spins dreams of escaping the small town of Bedford Falls, where his father has built a modest building-and-loan business. Consumed with wanderlust, George  yearns to travel the world and create a fantastic career. But when his father dies, the reins of the business fall into his hands. George sends his gifted younger brother, Harry, to college with the understanding that Harry will return to Bedford Falls upon graduation and take over the building and loan.

George is set to embark on his grand adventure pending Harry’s return. But when George arrives at the train station, Harry is accompanied by his beautiful bride — a well-to-do girl who tells George that her factory-owning father has offered Harry a job in the family’s business.

“Not much money,” says the unintentional villainess, “but a good future, you know?”

In her brilliant smile, George sees the death of his dream. His small-town fate is sealed.

He resigns himself to an uninspiring future as a small businessman. He marries his local sweetheart and toils from year to year under the thumb of the big-shot banker, Mr. Potter (Lionel Barrymore). Failing to recognize the value of his life, George contemplates suicide on a snow-covered bridge. There his guardian angel stops him, then takes him on a fantastical tour of what Bedford Falls would have been like without the gift of George Bailey’s existence.

And George is redeemed. 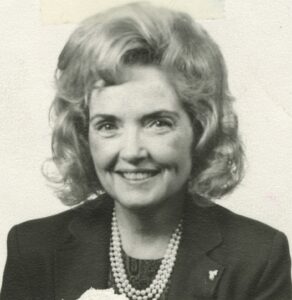 After “It’s a Wonderful Life” Virginia Patton was cast in four more movies. But her acting ambitions cooled when she met her own Harry Bailey, an Ohioan named Cruse Watson Moss. He had an engineering degree from Ohio University and a job offer at Willys Motors in Toledo.

They were married in 1949, and Patton told friends she was retiring from the movies. When Capra heard the news, he took her aside and asked if she understood what she was giving up.

“It was Tinsel Town,” she would say later, a place of sham and little substance. Instead, she made a family and a new life in Ann Arbor, where she and her husband moved soon after their return to the Midwest.

Cruse ascended to major leadership positions at Willys, the original maker of the Jeep, then AMC-General, a maker of military vehicles, and other automotive firms. He oversaw the development of the Jeep Wagoneer, the world’s first SUV.

While raising three children — two boys and a girl — she enrolled in courses at Michigan. Among many activities, she founded and ran a real estate investment company. She pursued interests in art and archaeology, becoming a docent at the University of Michigan Museum of Art and a board member of the Kelsey Museum of Archaeology. She joined the Cleary University Board of Trustees. She became active in the U-M School of Music.

And she watched “It’s a Wonderful Life” make its own way in the world.

“The damnedest thing I’ve ever seen”

“It’s a Wonderful Life” is not the only holiday classic with a Michigan connection. Valentine Davies, BA ’27, wrote the Oscar-winning original story that inspired the screenplay of “Miracle on 34th Street.”

Read more about Valentine Davies and his Hollywood adventures.

The movie had been neither the box-office smash Capra had hoped for nor much of a hit with critics. Like a thousand others, it soon faded away.

Then, in the fullness of time, the movie came back.

In 1974, just as a nostalgia craze was gripping popular culture, the film’s copyright lapsed. Local TV stations began to recycle “It’s a Wonderful Life” in endless holiday reruns, and its reputation grew and grew. Families adopted annual viewings into their holiday routines. In 1979, The New Yorker reported on two Gothamites who taped a TV showing on a Betamax, edited out the commercials, and invited friends for a viewing every December, all to affirm “that this life, dammit, is a wonderful life.”

“It’s the damnedest thing I’ve ever seen,” Capra told The Wall Street Journal in 1984. “The film has a life of its own now … I’m like a parent whose kid grows up to be president. I’m proud as hell, but it’s the kid who did the work.”

As a new century approached, the American Film Institute ranked what we now consider a “holiday classic” #11 on its list of 100 greatest American movies and #1 among its “most inspiring movies.” 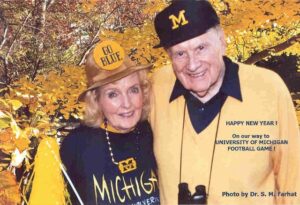 For Ginny Moss, it was a lovely memory, but nothing more. Now and then, she would be invited to introduce a holiday showing of “It’s a Wonderful Life” at the community-owned Michigan Theater in Ann Arbor.  She would step on stage, say a few words about what it was like to work with Capra and Stewart, then sit down with the audience to watch the movie once again. There was never a hint of pining for the path she didn’t take. In 2013, she “got her wings” when she accepted the 2013 Spirit of Christmases Past, Present & Future Award.

Much like George Bailey, she had given up a grand Hollywood adventure for a life of family, community, and friendship.

“I couldn’t see me doing that for my life,” she told a reporter in 2012. “That isn’t what I wanted. I wanted exactly what I am — Ann Arbor, Michigan, a wonderful husband, wonderful children, a good part of the community.”