Nature vs. nurture? It’s both 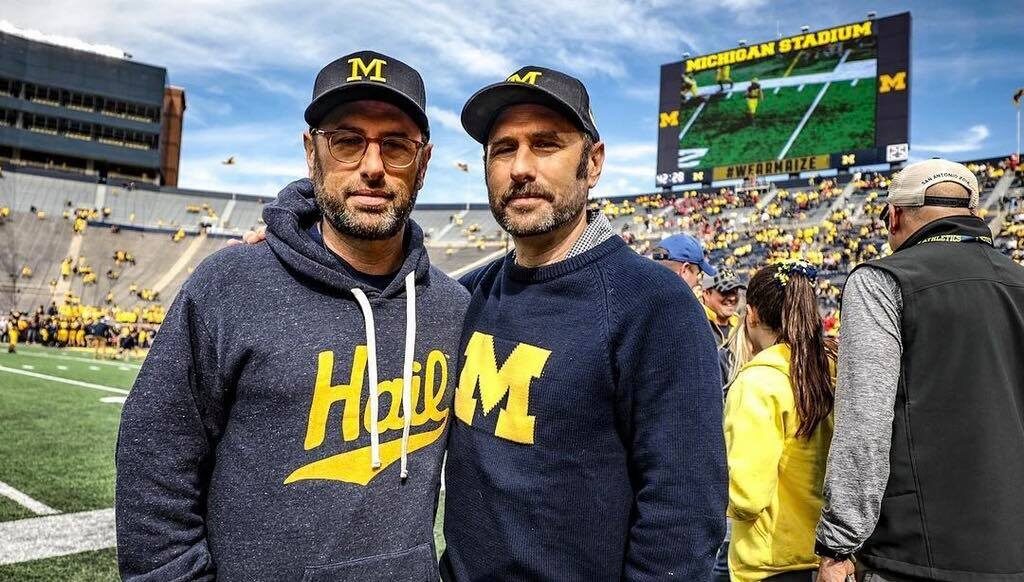 Recently I was going through some old photos of my dad, Kurt Katch. He was an actor who escaped the Nazis and immigrated to the U.S. in 1937 with my mom (and two suitcases). Neither spoke English (but they did speak five other languages!) and once they left their families they never saw them again. All of their relatives perished in the Holocaust. 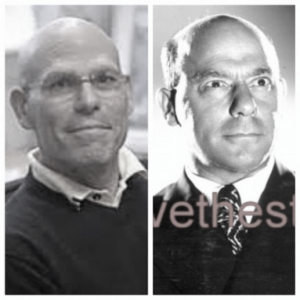 The author and his father, Kurt Katch. (Image courtesy of Vic Katch.)

My mother always told me that I got all my genes from my dad. We both had brown hair (oh how I wish I still had that hair), dark skin, smiley faces, broad shoulders, etc. In contrast, my twin sister and older brother displayed my mother’s genes: fair skin, blondish/red hair, and a more linear stature. Apparently, I had inherited my dad’s personality and demeanor, as well as other social traits, while my sister and brother had inherited those of my mother.

Or so I was told.

My dad died at age 65 when I was just 12 years old, so I never knew him when I (and he) got older. But a gander at these old photos are telling. Indeed, the physical resemblance is unmistakable. We are about the same age, 45, in this photo. I always have wondered if the dramatically different turns our respective lives took had an effect on our personalities, social intelligence, IQ, and other traits that made us who we are (and were).

I was always told these traits were genetically determined, for the most part. But what about environmental and behavior influences?

From a scientific perspective, “nature” refers to the biological/genetic predispositions that impact one’s human traits — physical, emotional, and intellectual. “Nurture,” in contrast, describes the influence of learning and other “environmental” factors on these traits. The debate over whether peoples’ strengths and weaknesses are the results of nature or nurture has risen to the surface lately due to exciting research in the areas of genetics, bioinformatics (the application of computation and analysis tools to the capture and interpretation of biological data), and epigenetics (the study of how cells control gene activity without changing the DNA sequence). This debate illuminates significant social implications, particularly concerning what is thought to determine one’s intellectual ability, capacity to avoid disease, health optimization, and successful aging. 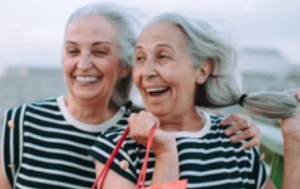 Studying twins is one of the best ways to explore the nature/nurture debate, Katch says. (Image: stock photo.)

While scientists have studied physical, behavioral, and intellectual inheritance throughout human history, the systematic investigation of the inheritance for most human traits formally began with Sir Francis Galton, cousin to Charles Darwin, in the 1869 book Hereditary Genius and in other writings.

During the late 19th century, developmental psychologists began to study methods for testing the intelligence of French children to determine their readiness for school. These scientists believed they could predict intelligence based on inherited “learning abilities.” Essentially, they were interested in studying the impact of genes and biology versus environmental and social influences on intellectual development. At that time, heredity was deemed more important in predicting intelligence, health, performance, and even civility. Heredity often was used to justify the superiority of the “ruling elite.”

In contrast, earlier philosophers Jean-Jacques Rousseau and John Locke independently theorized that people were born as blank slates (i.e., “tabula rasa”). They proposed that the eventual differences in individual intelligence developed solely due to environmental influences. Twentieth-century behavioral psychologists shared a similar perspective, believing that events that take place during early childhood have far more influence on what kind of adults we become, compared to the effect of our genetic makeup.

Devising research to study the nature/nurture issue is complicated. It requires innovative approaches and new technological methods that can isolate and distinguish the cause-and-effect of human traits due to genetic or environmental influences. The two major approaches involve studying twins that have been raised together or who were separated at birth (or during early childhood). The second approach involves identifying how different genes correlate to specific traits, or how environmental influences (effects of circumstances of life and experience) affect how genes express. As noted above, this field of study is termed epigenetics.

“Chances are you know someone who is a twin,” says Katch. “Perhaps you are one yourself. I’m a twin. My first wife was a twin.” Harold T. Shapiro, U-M president from 1980-88, had an identical twin, Bernard J. Shapiro, who served as president at Canada’s McGill University. Along the way, both Shapiros attended graduate school, specialized in statistics, had academic careers, and held positions as university provosts and then university presidents. 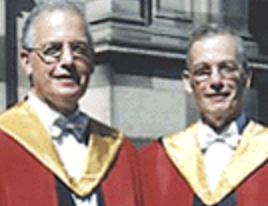 The history of specific twins affords the ability to study the influence and effects of genetic transference at birth versus influences imposed by life’s circumstances during the aging process. The identical twin Wolverines featured in the lead image, above, are brothers, comedians, and rabid sports fans Randy and Jason Sklar.

Darwin’s cousin Galton was the first scientist to systematically study twins to examine and distinguish between nature and nurture. Based on his studies, Galton concluded nature had a larger imprint than nurture on humans in all developmental areas. Galton’s resolute belief in the importance of heredity led him in 1883 to invent the term eugenics — a set of beliefs and practices aimed at increasing “desirable” human traits while decreasing “undesirable” ones. Perhaps well-intentioned, the science lacked rigor and people distorted the philosophy to propagate concepts of racial and class superiority.

While Galton’s conclusions have mostly been disproven, newer well-controlled twin research has proven essential in understanding the nature/nurture debate.

Researchers worldwide have established twin registries where scientists systematically identify twin births and follow their development and life circumstances until death. The Swedish Twin Registry, founded in 1959 at the Karolinska Institute in Stockholm, contains information on 194,000 twins born since 1886. This largest twin registry in the world has made important strides regarding cardiovascular disease, cancer, and aging. The Twins UK Registry, which launched a database for studying arthritis, includes more than 14,000 twins, aged 16-100 years, throughout the United Kingdom.

These types of retrospective, observational twin studies compare the two different types of twins: identical and fraternal. Identical twins possess the same set of genes entirely, while fraternal twins share about half of the same genes, on average — similar to siblings who didn’t share a womb. This difference enables scientists to explore how heredity contributes to illness and behavior. For example, if identical twins are both more likely to suffer from high or low cholesterol levels than fraternal twins, researchers can conclude that genes play an important role in the development of that trait. From there, they can search for any associated genes. 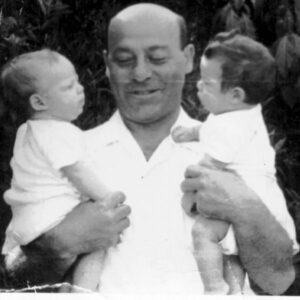 The Swedish Twin Registry at the Karolinska Institute in Stockholm contains information on 194,000 twins born since 1886. Here, the author is pictured as a baby with his twin sister, Judy, and their dad. (Image courtesy of Vic Katch.)

By studying twins separated in infancy and raised apart, scientists can answer the question: To what extent do cognitive and psychological differences between people result from nature and/or nurture?

Research from the Minnesota Center for Twin and Adoption Research (The Minnesota Study of Twins Reared Apart) includes more than 137 pairs of separated identical and fraternal twins and triplets who participated in a battery of medical and psychological tests. Over the years, identical twins reared apart developed personalities and interests that showed about the same degree of resemblance as identical twins raised together.

One study used twins to learn whether adolescent marijuana use causes IQ to decrease, or are adolescents prone to smoking marijuana also pre-disposed to seeing their IQs drop, regardless. The researchers looked at twins where one twin used marijuana and the other did not. The researchers found that when IQ dropped in the marijuana-using twin, it also dropped in the twin who didn’t use marijuana. Thus, the IQ drop was the result of a vulnerability that was present before any exposure to the effects of using marijuana. 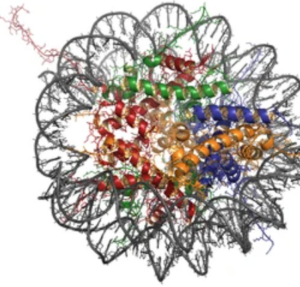 When the information stored in DNA converts into instructions for making proteins or other molecules, it is called gene expression and represents a tightly regulated process that allows a cell to respond to its changing environment. (Image: stock photo.)

Gene expression is the process by which the instructions in DNA are converted into a functional product, such as a protein. When the information stored in DNA converts into instructions for making proteins or other molecules, it is called gene expression and represents a tightly regulated process that allows a cell to respond to its changing environment. It acts as both an on/off switch to control when proteins are made, and also a volume control that increases/decreases the number of proteins made.

Two key steps involved in making a protein include transcription and translation. Transcription is when the DNA in a gene copies to produce an RNA transcript called messenger RNA (mRNA). Translation occurs after the messenger RNA carries the transcribed “message” from the DNA to protein-making factories in the cell.

Epigenetic changes that affect gene expression include different biologic and physiologic effects regarding how “to read” a gene, resulting in change. Epigenetic changes begin before birth. While all cells have the same genes, they look and act differently. With growth and development, epigenetics helps determine which function a cell will have (for example, whether it will become a heart cell, nerve cell, or skin cell). Epigenetics allows a muscle cell to “turn on” genes to make certain proteins important for muscle function and “turn off” genes important for some other function. Meanwhile, epigenetics change throughout the lifespan. Our epigenetics at birth is not the same as our epigenetics during childhood or adulthood.

Other research demonstrates that epigenetic changes can affect health in different ways. Germs can actually change how epigenetics weaken the immune system to help the germ survive — or die. 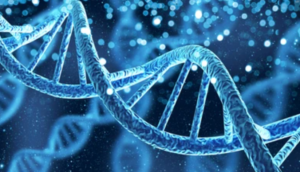 After quitting smoking, former smokers can begin to have increased DNA activity in certain genes. Eventually, they can reach levels similar to those of non-smokers. (Image: stock photo.)

Epigenetic changes also may involve a pregnant woman’s environment and behavior. A pregnant woman eating healthy food (or not) and engaging in physical activity (or not) can change the baby’s epigenetics. Some of these changes can remain for decades and might make the child more likely to get certain diseases (or not).

Lastly, some studies suggest the possibility of epigenetic inheritance – that a life’s experiences can possibly change our epigenetic states and those epigenetic states can then be transmitted to the next generation. That is a lot to comprehend: Just imagine the inherited generational trauma and other emotional traits carried through time.

Nature and nurture: Together forever

The nature-nurture debate has been cast as a contest between the idea that some characteristics are caused primarily by genetic factors and other characteristics are caused primarily by experiential factors. This premise is outdated and is not supported by current research. We now know that genes do not act independently of their contexts. Instead, genes do what they do because of their contexts.

(Lead image from Sports Illustrated. Comedians Randy and Jason Sklar are identical twins who happen to be Wolverines and rabid sports fans. This is a great video interview by then-student journalist Eric Cutter in which the twins share memories of seeing real-time game action by the legendary Fab Five, Desmond Howard, and more.)