Welcome to the zombie apocalypse 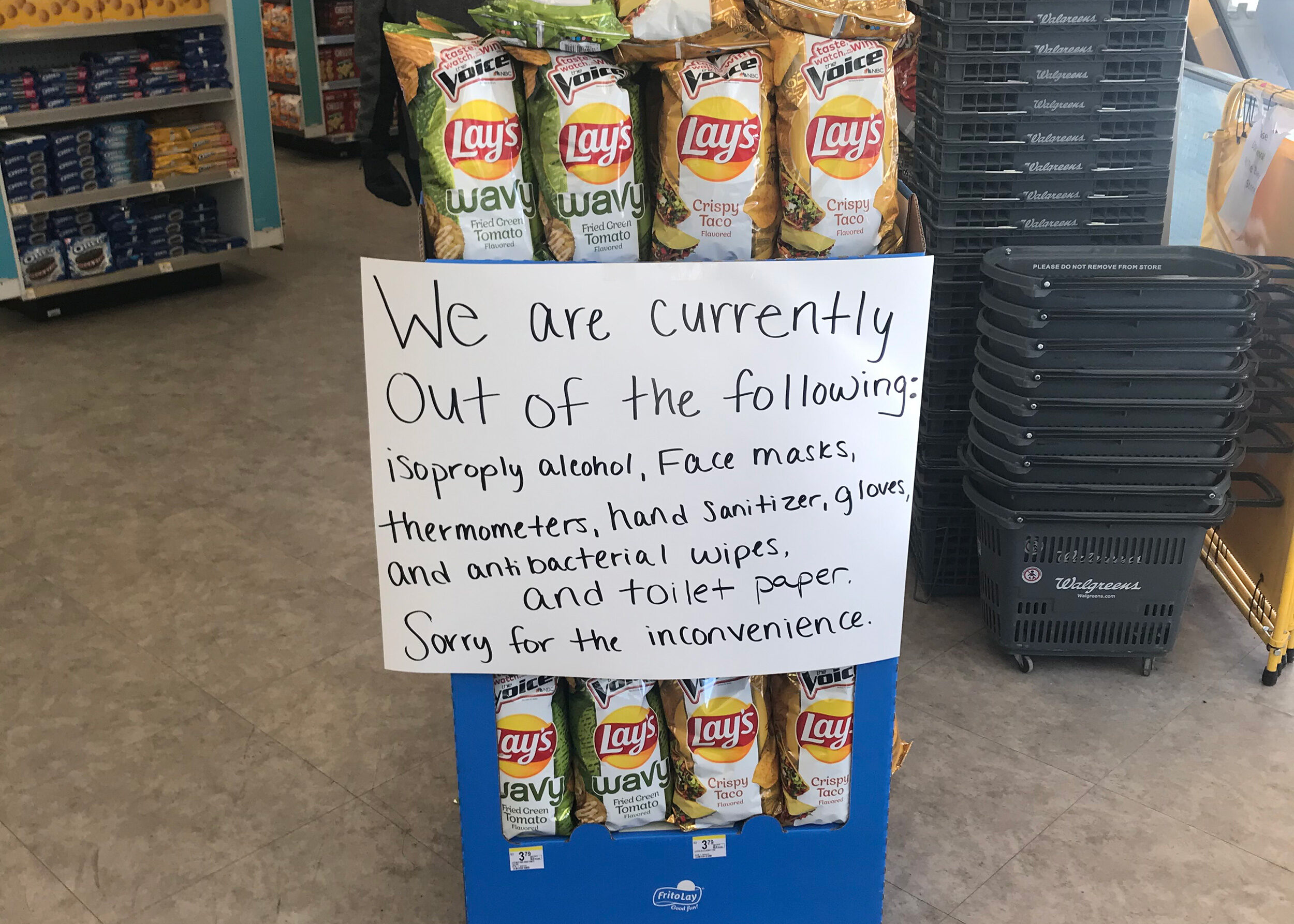 In September, our team at Michigan News transitioned to post-lockdown life in the office. The boss gave us the option to continue working from home for up to three days per week. It was a very generous offer. Folks with young children were especially grateful for the ongoing flexibility. Others seemed annoyed they would have to commute again.

Personally, I was ecstatic to get out of my house. I opted for one day at home, and four days in my cinderblock paradise on Maynard Street. Just turning the key in my Chevy Equinox on a rainy Tuesday morning was a thrill after 18 months wandering around my kitchen and avoiding my keyboard like the plague. 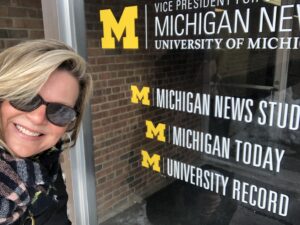 Come in, come in.

I’ve read my share of pop-psychology about the stress of returning to “in-person” work: “I forgot about small talk!” “My clothes don’t fit!” “I can’t sleep,” etc. To date, I’ve found my most confounding issue is whether or not to turn on the lights in the lobby. Why waste the energy when just three of us are working on the first floor? But shouldn’t we signal that we’re open?

My office is the first room you pass upon entering our two-story building. Once upon a time, someone tied a small string of bells to the door of Michigan News to signal a new arrival. That twinkle of bells used to punctuate my day as co-workers and colleagues chattered about their business. In Pavlovian response, I often peered over my screen to see who was walking past my door. Paranoia has since replaced Pavlov, though. Now when I hear those bells, I freeze for a second. Who could that be? No one’s in the office. No one’s in town. Did I imagine it? What if it’s a killer zombie with an axe? (Some rising entrepreneur did just open an axe-throwing establishment next to Frank’s Diner, after all.)

As I prepared this issue, I wondered how historians of the future will cover this bizarre time in which we live. Jim Tobin offers clues as he delivers a new book of historical articles and essays about the past 200 years at the U. Imagine what the Jim Tobin of 2121 will have to say about this era at his beloved alma mater.

Photographer Robin Fader is a documentarian who spent the year photographing the streets of Washington, D.C. She covered the pandemic, BLM protests, Trump rallies, and more. She emerged from a year on the violent and tumultuous streets hoping her book, 2020 UNMASKED, will inspire us to change our behavior and feel more compassion toward one another. Hey, hope springs eternal, right?

As for changing behaviors, I interviewed the most captivating LGBTQ+ activist, Syd Lio Riley, for this issue. The rising senior works at the Spectrum Center, celebrating its 50th year. He/they/ze provided an enlightening tutorial on the use of gender pronouns. Let’s remember, language evolves with the culture, people, and our culture is evolving. In fact, Friday was gender pronoun day.

This issue also includes an amazing tale about an exonerated sex offender, wrongly accused and imprisoned for more than six years. Two Michigan Wolverines advocated on this man’s behalf, and 20 years after his initial indictment, he is finally free and clear. Susan Goldsmith is an investigative reporter and Matt McHenry is a criminal defense attorney. Let’s hear it for the bleeding hearts. These are the Wolverines you want on your side.

As with each issue of Michigan Today, I am once again energized by Michigan graduates, faculty, staff, and students who keep on keepin’ on in this crazy world of ours. Their light continues to shine. And they certainly are not waiting for me to flip the switch at Michigan News.