Thanks for the heads-up 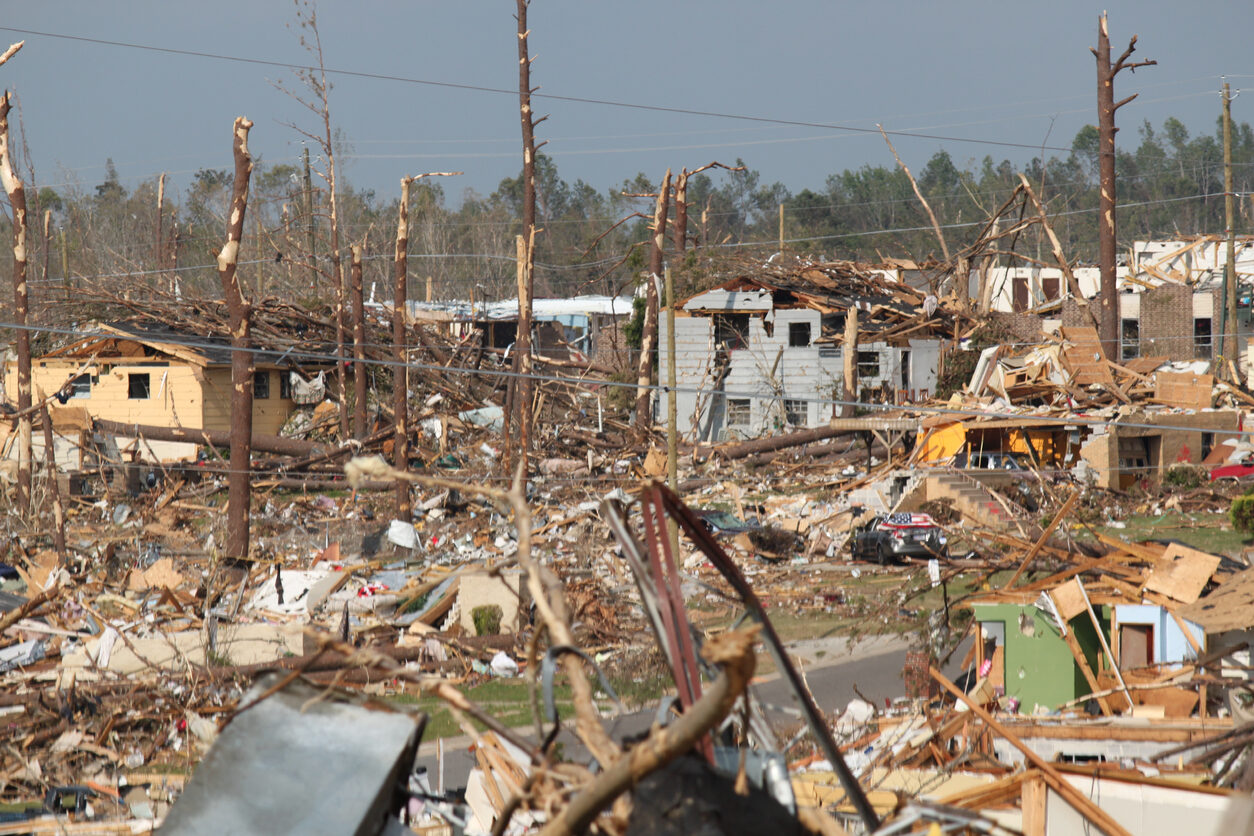 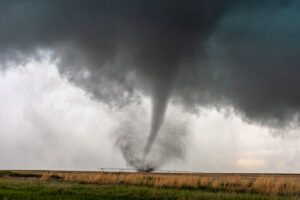 A tornado spins in a field beneath a supercell thunderstorm (Image: iStock).

As I sat down to write my column about the Nobel Physics Prize for climate change, an untamed storm burst over the Rocky Mountains. It organized in the Plains, rapidly grew, and brought with it 100-mph winds. The storm moved from Colorado to Michigan’s Upper Peninsula in a few hours. In its wake: Dust storms and fires on the dry plains, a derecho, tornadoes farther north than ever recorded in December, an enormous number of hurricane-force winds recorded across the U.S., and a record number of high temperatures. On social media, the meteorologists were in awe and disbelief. Just five days earlier, they had reported on a swarm of tornadoes that many meteorologists described as “different” from any they had ever experienced. Here is an excellent summary from Bob Henson.

I have no reason to expect these are one-off events; they are the harbinger of ever-more-outlandish weather to come. But, at least the conditions are training us to think differently about the climate. Human learning, perhaps? 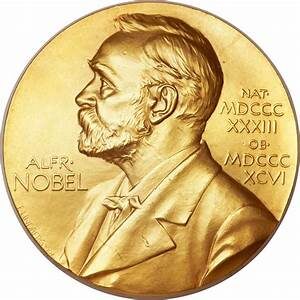 In October 2021, the Nobel Prize in Physics was awarded to Syukuro (Suki) Manabe, Klaus Hasselmann, and Giorgio Parisi “for groundbreaking contributions to our understanding of complex systems.” (Image: Wikipedia)

In October 2021, the Nobel Prize in Physics was awarded to Syukuro (Suki) Manabe, Klaus Hasselmann, and Giorgio Parisi “for groundbreaking contributions to our understanding of complex systems.” I was asked by the Center for the Study of Complex Systems to speak about the Nobel-worthy work of Manabe and Hasselmann “for the physical modeling of Earth’s climate, quantifying variability, and reliably predicting global warming.” A version of that presentation is posted here.

In my classes, I classify climate science as “simple physics in a complex system.” Manabe and Hasselmann each developed fundamental approaches to describe and manage the complexity.

We have known about greenhouse-gas warming since about 1800. Intuitively, we know the difference between cloudless nights in the desert and a more humid place like Florida. The temperature will drop far more in the desert.

We figured out that water vapor and carbon dioxide were responsible for keeping Earth warm. In fact, without greenhouse gases, the Earth would be mostly frozen and not hospitable to humans. By the middle of the 1800s, we knew that carbon dioxide and water vapor absorbed infrared radiation and slowed the rate at which Earth emitted heat into the atmosphere.

That is the simple starting point. 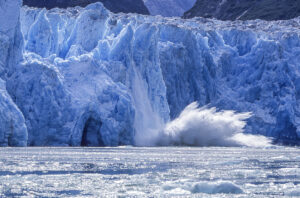 The Sun’s radiation enters Earth’s atmosphere. That radiation, mostly visible light, can be reflected back to Space or absorbed. Most of us understand that sunlight heats the globe’s surface and that, once heated, that surface wants to get rid of some of that heat. It seeks thermal equilibrium with its surroundings. One way it eliminates heat is through infrared radiation, which is then absorbed by the greenhouse gases.

The behavior of water is a good starting point to build in some complexity. Earth’s temperature is such that water exists in gas, liquid, and solid phases. Water, as solid ice, increases the reflection of visible radiation to Space. This occurs both on the Earth’s surface as snow or glaciers, or on the tops of clouds. From below, however, clouds are a barrier to infrared radiation finding its way to Space. In short, water changes the absorption and reflection of radiation. Also, as it evaporates in one place and rains in another, it transports energy.

In fact, water is so vital to our climate that we can frame whether the climate is warm or cool by how much ice is on the planet.

Manabe’s fundamental contribution was developing the theoretical framework that captures the essential physics of how an incremental increase of carbon dioxide will warm the Earth in an atmosphere with water. Inclusion of this physics into more complex models of the climate started to answer the question of feedbacks; namely, if Earth experiences an incremental warming does the planet warm more or does it return to its original temperature? That largely depends on water in its various phases.

Those early model simulations also suggested that the North and South poles would warm faster than the tropics. This arises because of the transport of heat from tropics to higher latitudes. This transport is due to currents in the ocean and the weather in the atmosphere. 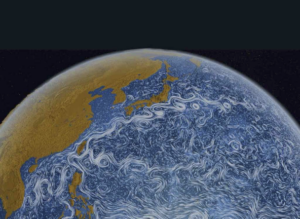 This simulation of ocean currents shows the natural complexity of fluid motion.

The atmosphere is a fluid, and it is the nature of fluids to be full of complex features – waves and vortices. It is possible in many cases to describe a fluid as “chaotic.” Indeed, the atmospheric scientist Ed Lorenz is attributed with the development of chaos theory.

Hasselmann’s fundamental work started with describing how a chaotic fluid would fit into the bigger picture. It challenged the notion that climate needed to be predicted by making longer and longer weather forecasts. It clarified that climate prediction is a different type of problem than weather prediction.

Hasselmann’s work places weather and ocean currents in the context of transporting heat. This transport is incredibly important to the structure of the Earth’s climate, where it is wet or dry, hot or cold. However, the average temperature of the planet is, ultimately, related to how much solar radiation is absorbed and accumulated in the ocean, land, and ice, often melting the ice. The weather and the exchange of heat between the atmosphere and the oceans are, in a sense, noise.

We can observe, simulate, and project trends in the average state of Earth, and when these trends exceed the noise, we can state that the climate has changed. The trend started to definitively exceed the noise in about the year 2000.

Hasselmann’s and Manabe’s work come together in global models and the realization that warming caused by carbon dioxide has a different signature than warming caused by the Sun changing, soot in the atmosphere, or volcanoes. That is, we can find signals that distinguish greenhouse-gas warming with a unique “fingerprint” and make definitive attribution of the observed warming to carbon dioxide.

It would be hard to doubt that one reason the Nobel Physics Prize was awarded to climate scientists was to amplify the urgency of addressing climate change. The Nobel Peace Prize in 2007, awarded to Al Gore and the Intergovernmental Panel on Climate Change, had delivered a similar message.

In addition to this message of urgency, I wrote in a previous column about discipline arrogance. Many in our field feel that the importance of excellent scientists working on simple physics in a complex system has been recognized.


(The lead image from iStock illustrates damage from a typical tornado. What we saw in December 2021 was anything but typical.)