A site for sore eyes 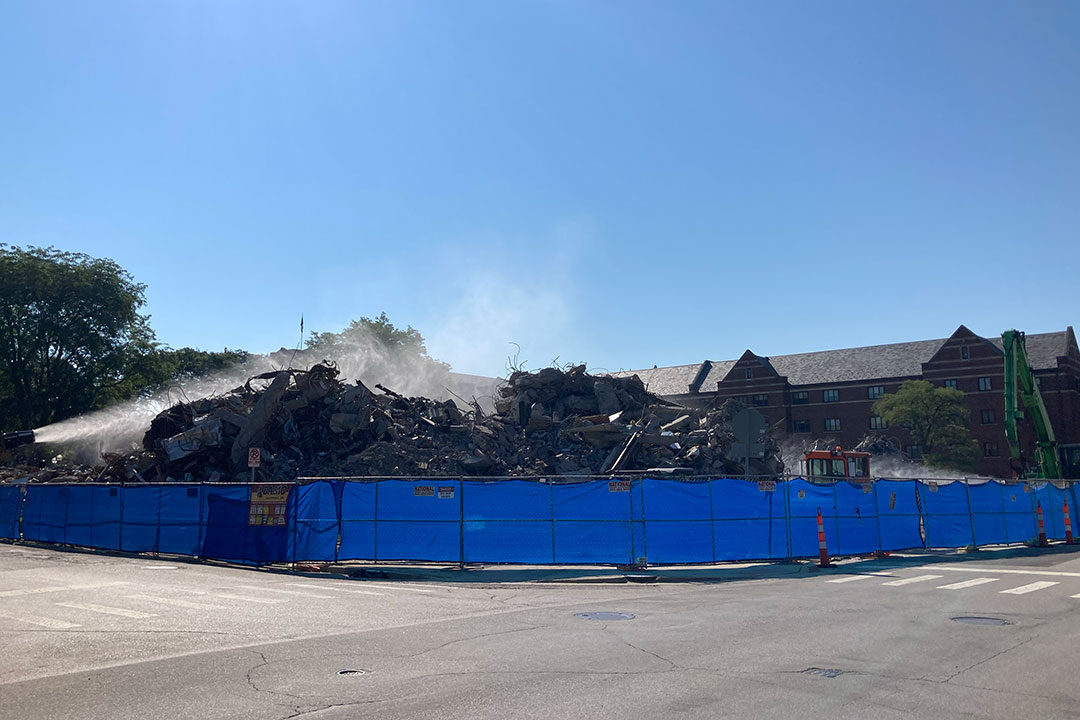 Those who don’t know me well may note that I present as a capable adult and reliable employee with a certain level of maturity and self-control. (I use silverware and do not wear pajamas in the office.) This month, however, I underwent a shocking inner transformation. Sure, I still look like the woman who shows up at the cinderblock paradise known as Michigan News each day. But inside I am a four-year-old boy.

“Those were important formative years for all of us and our country. Michigan’s contribution to the growth of our country during those troubled times is important to remember.”
News of the Fleming Building’s demise stirred myriad emotions since the November Michigan Today piece Fleming Building, RIP. Scroll the comments after that story, and you will find your alumni family has feelings about this: U-M President Robben Fleming was a king among men; U-M President Robben Fleming was a monster. The hideous structure should have been knocked down years ago; the architectural marvel is a wonder to behold. The decision to bring it down marks progress toward the future; the decision to bring it down is ill-fated and environmentally irresponsible. 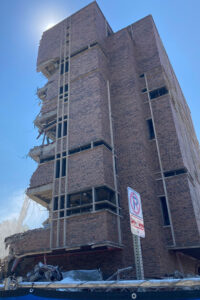 Built to house the University administration in the ’60s, Fleming represented much more than bricks and mortar over the years. It was ground zero for countless student protests, from anti-Vietnam demonstrations, to the Black Action Movement protests, to the women’s movement, and so much more. So often throughout those turbulent years the building was surrounded by strikers, camera crews, or police. To see the site of so much history, news coverage, and lore now reduced to a pile of smoking rubble is unsettling. The place is kind of sacred in a sense.

As reader Larry Pease noted in a comment under our story, “Those were important formative years for all of us and our country. Michigan’s contribution to the growth of our country during those troubled times is important to remember.”

I was firmly in the Pease camp. I started viewing the homely abandoned structure as a shrine — a monument of sorts — to life-changing student activism. I was surprisingly sorry to see it go, at least as far as the historic record was concerned.

But then I walked by the destruction site. A hard-hatted worker explained the weeks-long process would see the slow hollowing out of the structure. Eventually, crews would knock down Fleming’s brick exterior, with the empty interior serving as a container to hold the debris.

Finally the day came when the magnificent machines arrived. Suddenly, my allegiances shifted and I couldn’t wait for Fleming to crumble. I had an overwhelming urge to see if Netflix had any Transformers movies on deck. Maybe Target still carried some of the toys.

One monstrosity featured a mega metal claw atop an incredibly long neck. It looked amazingly like a giant dinosaur head, and I could see nothing else. Its jagged teeth and round bolt of an eye kept me transfixed. With each sinister movement of its jawlike claw, the creature tore into the building from the inside out. It was hungry.

Each morning, I would stare, mesmerized by the motion of this mammoth beast. It never got old. I texted videos to my friends with young sons. “Get down here!”

The action started near the Regents’ Room, with the mechanical creature chomping and grinding its way through metal, rebar, and concrete. The monster’s head would sway, turn to the side, consider its next bite. Sometimes it would bang and bang and bang its head into a stubborn chunk of God-knows-what until it dragged it free in a victorious cacophony of smoke and dust.

“That’s what I thought!” I said. The four-year-old in me was delighted to have a new friend.

Together we stood in awed silence, captivated by the violence, the power, the stark reality that this structure would soon disappear.

Despite its untimely death, the good, the bad, and the ugly history that unspooled at the Fleming Building forever remains in the University’s DNA — much like the wide-eyed child I rediscovered in myself while witnessing its deafening death rattle.