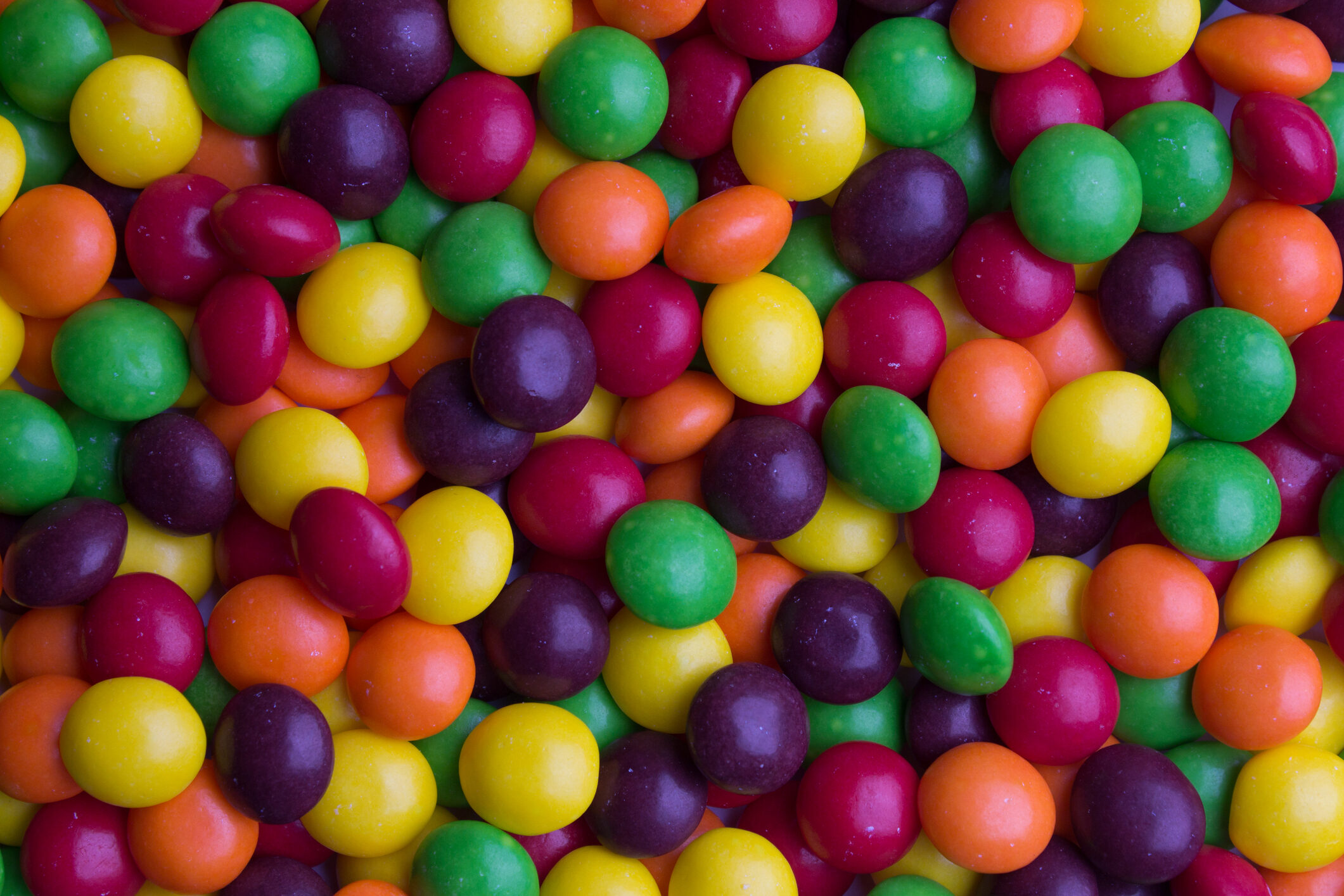 Do not trust the process

I’ve written several Health Yourself columns for Michigan Today warning against excessive intake of processed and ultra-processed foods (UPF). Limiting UPF is one way to foster optimal health. My column titles are self-explanatory:

More and more data illustrate the deleterious effects processed and ultra-processed foods have on human health. It is a chore to keep pace with the research that continues to pile up. The effects are widespread and cumulative, so it’s essential to try and limit the amount of UPF consumed. 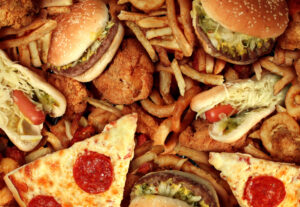 If only junk food were good for you. (Stock photo.)

The quantity of UPF Americans consume is increasing. Data from the U.S. federal government recently showed the proportion of UPF in Americans’ diet grew from 53.5% of calories in 2001-02 to 57% in 2017-18, while consumption of whole foods fell from 33% to 27% of calories, primarily due to people eating fewer fruits and vegetables.

In another study, investigators examined representative dietary records of more than 100,000 French adults for five years. People who consumed more UPF had higher risks of cardiovascular disease, coronary heart disease, and cerebrovascular disease. These results remained statistically significant even after being adjusted for the nutritional quality of the diet, considering factors such as saturated fat content, sodium, sugar, and dietary fiber. While not proving cause and effect, this study and other research suggest a strong and positive association between UPF and heart disease. Other recent data support this conclusion.

Just recently, a new large-scale prospective cohort study found that for a total of 717,333 person-years of follow-up (median 10 years), higher consumption of UPF associated with a higher risk of dementia. Substituting unprocessed or minimally processed foods for UPF was associated with a lower risk of dementia, Alzheimer’s disease, and vascular dementia, respectively.

Identifying processed and ultra-processed foods seems easy at first. Still, it is challenging to know precisely what specific chemicals within the different UPFs are the culprits promoting inflammation and disease. Labeling requirements often are not required, or they are misleading. Manufacturers often list “color added,” “emulsifiers,” or other vague terms instead of identifying the specific chemicals used.

In addition to the information above, I’m offering three examples below, pulled from a possible list of thousands of highly processed foods that contain a host of artificial ingredients that are not listed on the food label. I’ve included the manufacturers’ food label information and the “non-listed additives,” coloring agents, and other added products. I’ve included links for each of the additives. The number of unlisted additives is startling! 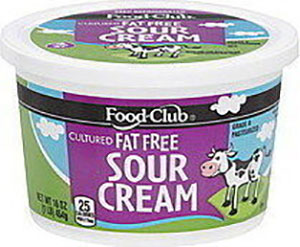 “Sour cream” is just the beginning… 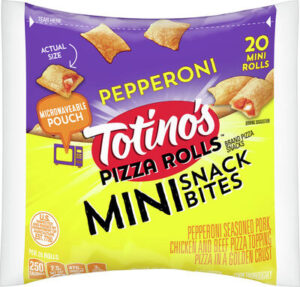 A class-action lawsuit, filed in July 2022 in the U.S. District Court for the Northern District of California, claims Mars Inc. knew about E171’s health problems and publicly committed in 2016 to phase E171 out of its products. Nevertheless, it continues to sell products laced with E171 in the U.S.
One chemical receiving much attention in the U.S. (and Europe) is titanium dioxide (powder), used as a white pigment found in products such as sunscreens, cosmetics, paints, plastics, and food. The pigment grade is also known as titanium white, pigment white 6, or CI 77891. In food it is known as E171 and used as a color additive, anti-caking agent, and whitener, among other things, and can be found in thousands of food products across a range of categories. These include chewing gums, baked goods, sandwich spreads, salad dressings, and dairy products like cottage cheese, ice cream, and coffee creamers. 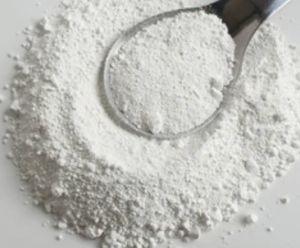 It is shocking to learn how many foods we consume that contain titanium dioxide.

Sweet treats and candies make up a large share of the food products containing E171. One recent report from the European Food Safety regulators says that E171 is “not safe for human consumption,” and yet the U.S. has not addressed this issue. In fact, it has been nearly 50 years since the U.S. reassessed potential threats from “suspect” chemicals like E171 in foods.

Titanium oxide (E171) is often found in such treats as Skittles, Starbursts, and thousands of other sweets, particularly those marketed to children. A recent class-action lawsuit, filed in July 2022 in the U.S. District Court for the Northern District of California, claims Mars Inc., the maker of these candies, knew about E171’s health problems and publicly committed in 2016 to phase E171 out of its products. Nevertheless, the company continues to sell products laced with E171 in the U.S.

The U.S. Food and Drug Administration concluded that available studies, at this time, “do not demonstrate safety concerns connected to the use of titanium dioxide as a color additive.” Many scientists are concerned about this decision since sweet treats and candies contain some of the highest levels of titanium dioxide and are mostly consumed by children. Given children’s smaller bodies and higher relative doses, E171 levels should be restricted in their food.

Studies published since the 1960s have raised questions about E171’s safety. A 2015 review of mostly animal (but some human) studies, found that E171 did not pass through the body as earlier research suggested. Instead, it could absorb into the bloodstream via the intestines and accumulate and damage the spleen, liver, and kidneys by increasing the risk of intestinal inflammation, cancer, and immune-system damage. Other research supports these findings and highlights E171’s involvement in the genesis of inflammatory bowel diseases and colorectal cancer.

To be fair, other research suggests that when consumed in small doses E171 is not harmful to humans. And studies that were used to justify banning the ingredient in the European Union contained methodology flaws and should not be trusted.

But after reviewing the scientific literature on E171’s safety, the European Food Safety Authority decided to ban all E171 in food; they said they could not establish a safe level of titanium dioxide for consumption. In 2019, the French government called for a ban of titanium dioxide by 2020.

Britain and Canada disagreed with the European Union’s decision and continue to allow E171 in food, as does the U.S. In fact, the U.S. Food and Drug Administration concluded that available studies, at this time, “do not demonstrate safety concerns connected to the use of titanium dioxide as a color additive.” Many scientists are concerned about this decision since sweet treats and candies contain some of the highest levels of titanium dioxide and are mostly consumed by children. Given children’s smaller bodies and higher relative doses, E171 in their food should be restricted.

The best way to limit E171 and other toxins in food is to select and eat whole foods that don’t contain added coloring or other unneeded chemicals.

It’s best to eat unprocessed, whole foods. And it’s important to eat a variety of real, whole foods that are nutrient-rich relative to their caloric value. These foods come mostly from plants and contain abundant vitamins, minerals, fiber, phytochemicals, and other essential nutrients, and rarely contain additives.

Try to avoid all foods that have “additives or coloring agents” listed on their label — you’ll find these mostly in packaged foods. Instead of packaged treats full of additives and coloring agents, try eating some nuts or different kinds of fresh fruits and veggies.